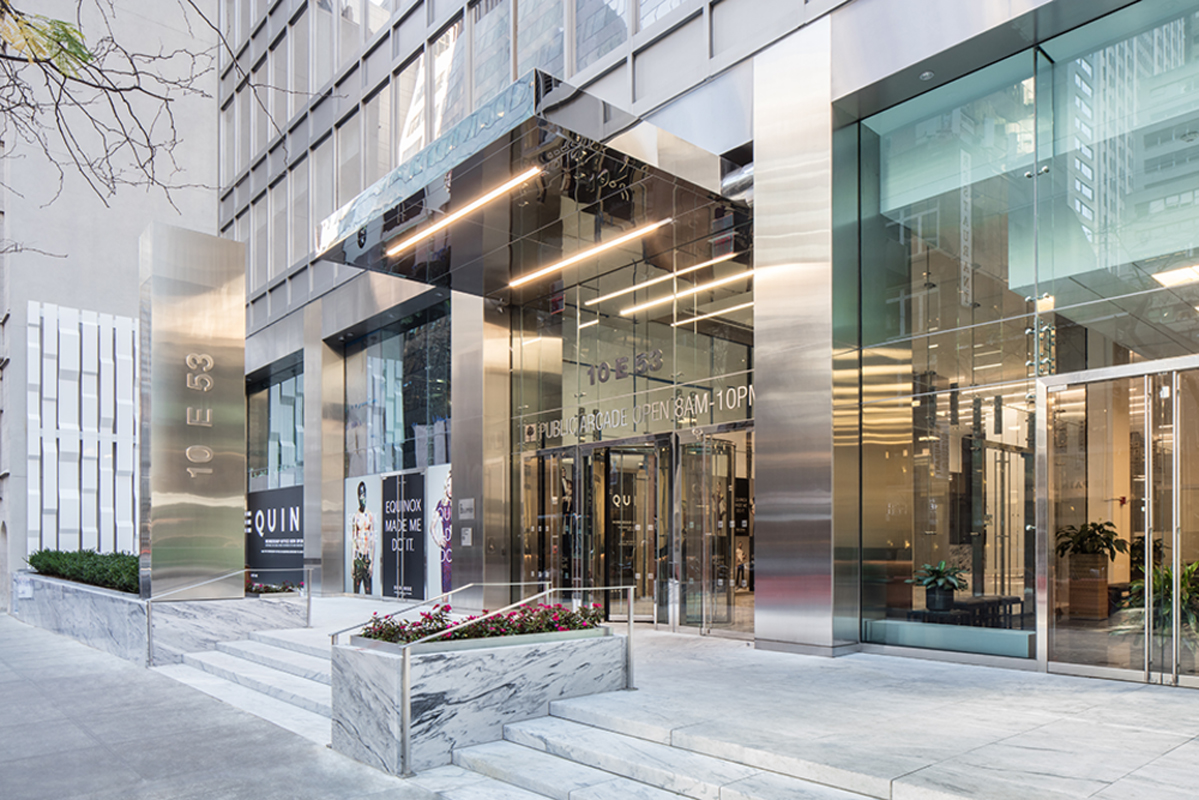 SL Green and Canada Pension Plan are said to be seeking a $165 million floating-rate mortgage for 10 East 53rd Street in Midtown.

According to Commercial Mortgage Alert, the firms are looking for a term of three to five years. They are also meeting directly with lenders, without the services of a broker. Both SL Green and Canada Pension Plan declined to comment.

The joint venture acquired the 37-story tower in 2012 for $252.5 million. The price comes to about $647 per s/f. SL Green owns a majority interest in the building with a 55 percent share. Canada Pension Plan acquired a 45 percent stake through a $57.4 million investment. The acquisition was financed through a $125 million loan from New York Commercial Bank. That loan is set to mature in February of next year.

The building has recently undergone redevelopment. The overhaul involved the façade, the lobby and the interior plaza, which is now open to public. The redevelopment, which was led by TPG Architecture, also led to the realignment of the building’s 53rd Street exterior.

One of the tower’s largest tenants is crystal jewelry company Swarovski. The firm expanded its lease in the building March. The deal is for the tower’s entire 23rd floor, which contains 8,454 s/f of space. That brings the company’s footprint in the building to 26,000 s/f.