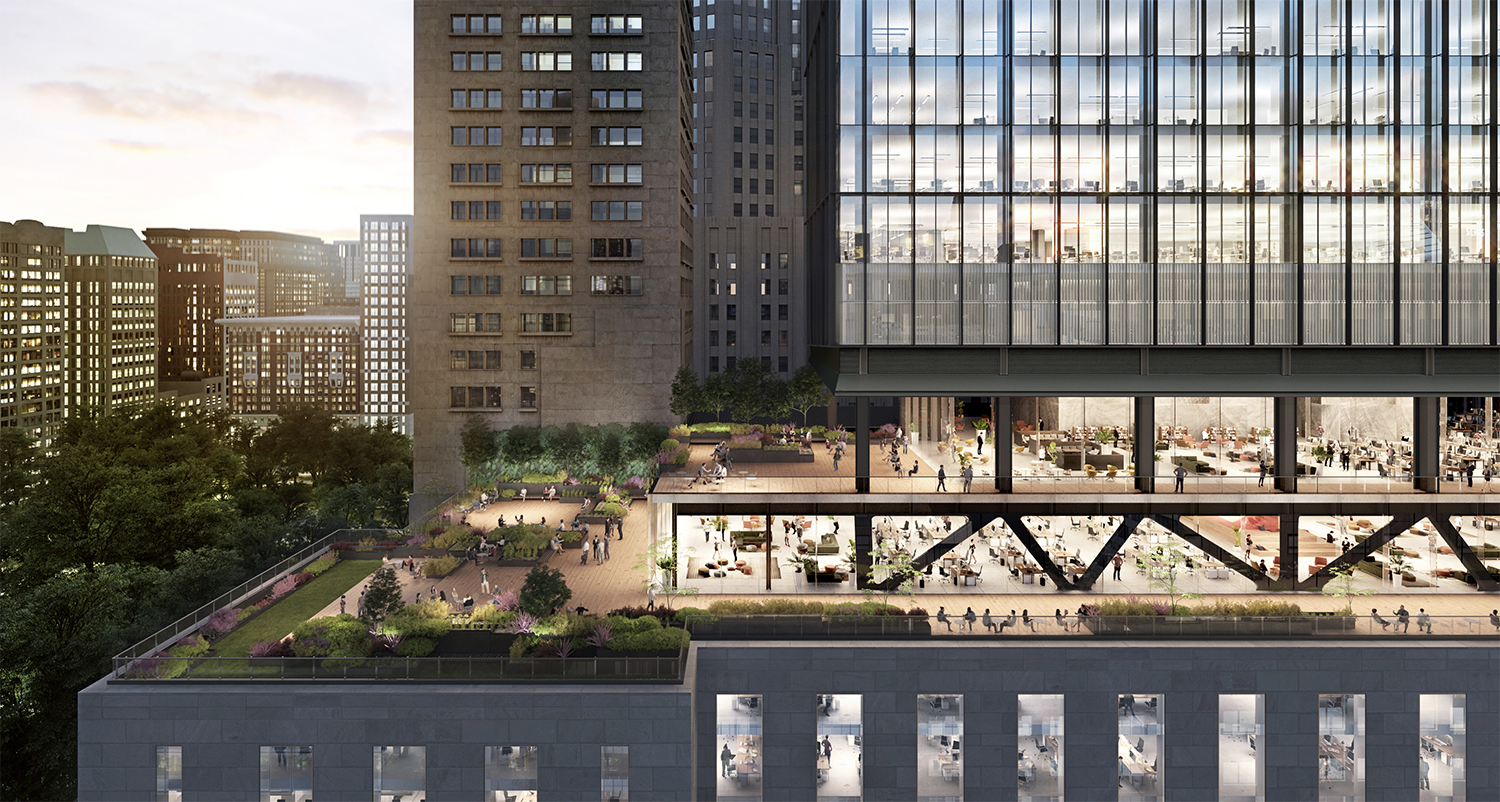 SL Green JV closes on $1.25B loan, starts construction of One Madison tower

SL Green and its joint venture partners, the National Pension Service of Korea and Hines, have closed on a $1.25 billion construction loan for One Madison Avenue.

The funding is the biggest office construction loan in the city this year and will allow the company to start working on the redevelopment of the midtown south tower located adjacent to Madison Square Park.

The loan has a term of up to six years and bears interest at a floating interest rate of 3.35 percent over LIBOR, with the ability to reduce the spread to as low as 2.50 percent upon achieving certain leasing and completion milestones.

Today, SL Green and its partners announced the start of construction of the 1.4 million-square-foot development that will transform the existing full-block structure into a 27-floor, state-of-the-art office tower during an outdoor ceremony attended by government officials, neighborhood businesses, and the development project team.

The developers have re-assembled the team that recently delivered One Vanderbilt Avenue to execute the project, including Hines, Kohn Pedersen Fox and AECOM Tishman, to lead the four-year project that is expected to create 3,000 new construction jobs.

“Our commitment and belief in New York City is unwavering,” said Marc Holliday, Chairman and Chief Executive Officer of SL Green. “We are proud to be bringing an important new office development to Midtown South that we are confident will attract the top companies and talent.

“Despite the headwinds presented by current and temporary challenges, we remain focused on boosting the New York City economy by creating thousands of construction jobs and bringing a new, best-in-class office tower to the highly sought-after Flatiron/Midtown South submarket for the first time in a decade.”

“One Madison is building on a strong foundation to reach even greater heights, and that is exactly what we are doing as a city,” said Mayor de Blasio. “Together, we are reimagining New York City with new sustainable buildings, good paying jobs and a promise for a better, brighter future for all.”

“The groundbreaking of One Madison Avenue symbolizes confidence and optimism in New York City’s resiliency as a safe and vibrant urban center,” said Deputy Mayor for Housing and Economic Development Vicki Been. “Congratulations to the team at SL Green on moving forward with this beautiful, sustainable building in the heart of one of Manhattan’s most beloved business districts.”

SL Green is redeveloping the building as-of-right, using 218,000 square feet of available development rights, which will increase the total rentable square footage of the building to approximately 1.4 million square feet. The development plan includes construction of a new 530,000 s/f tower with column-free floors above an existing and redeveloped nine-floor podium.

The newly-constructed tower will feature 32-35,000 s/f floorplates. The 10th and 11th floors are specialty spaces featuring 22 ft. slab heights with outdoor roof decks. In addition, there are numerous outdoor roof terraces which enjoy skyline views of the city and neighboring park.

One Madison will be the first multi-tenant city office building to have DOAS HVAC which employs circulation of 100 percent outdoor, fresh air. The building is expected to achieve both WELL and LEED-Gold certification.