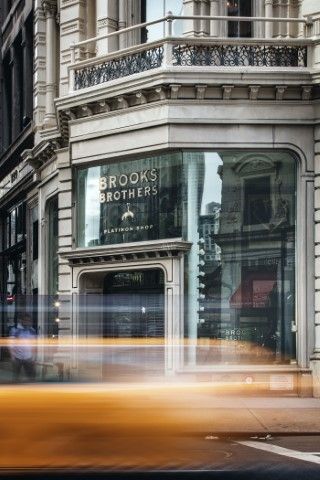 A court hearing to approve the sale is scheduled for August 14, 2020.

The deal comes following Brooks Brothers July bankruptcy filing as its iconic buttoned-up brand of men’s apparel fell out of fashion when shorts and jeans became the choice du jour of stay-at-home workers during the COVID shutdown.

The deal will be the third (along with mall owner Brookfield) completed by the ABG Simon partnership. In 2016, they acquired Aeropostale; they paid $81 million for Forever 21 in February, just as the coronavirus was creeping into the US. As SPARC, they are also reported to be bidding on J.C. Penney and Lucky Brand.

Simon CEO David Simon has made no secret of his desire for smart retail investments that can help embattled apparel companies survive while protecting the mall owner’s own bottom line.

When the JV acquired Aeropostale, Simon had 160 stores in its malls that would have closed without the buyout.

REIR analyst Jim Sullivan,  a managing director with BTIG, said the deal was “very successful and profitable” for Simon, earning the company back multiples of what it invested in the acquisition.

With Brooks Brothers, Sullivan told YahooFinance, Simon is investing $50 million. “The company has an enterprise value of $55 billion, so this is very a small transaction by Simon,” said Sullivan.

In its 2Q report, Simon reported only a slight drop in mall occupancy and, although there has been a very significant amount of what Sullivan calls retail failure, he said, “Simon has done a very good job of getting back from retail failure.”

The analyst added, “With the pandemic, we are seeing an acceleration of failure by private equity owned retail, in particular when it is thinly capitalized. In the case of Simon, there is non-payment of rent by tenants who are otherwise solvent – their largest tenant is Gap and Simon has sued them for $100 million of unpaid rent.”

Otherwise, Simon reported that four percent of its mall tenants haven’t paid rent, resulting in a slight decline in operating income that analysts expect the company to “whittle down” as more stores reopen and pandemic restrictions are lifted.

“We expect the second quarter results to be the worst of the year,” said Sullivan.