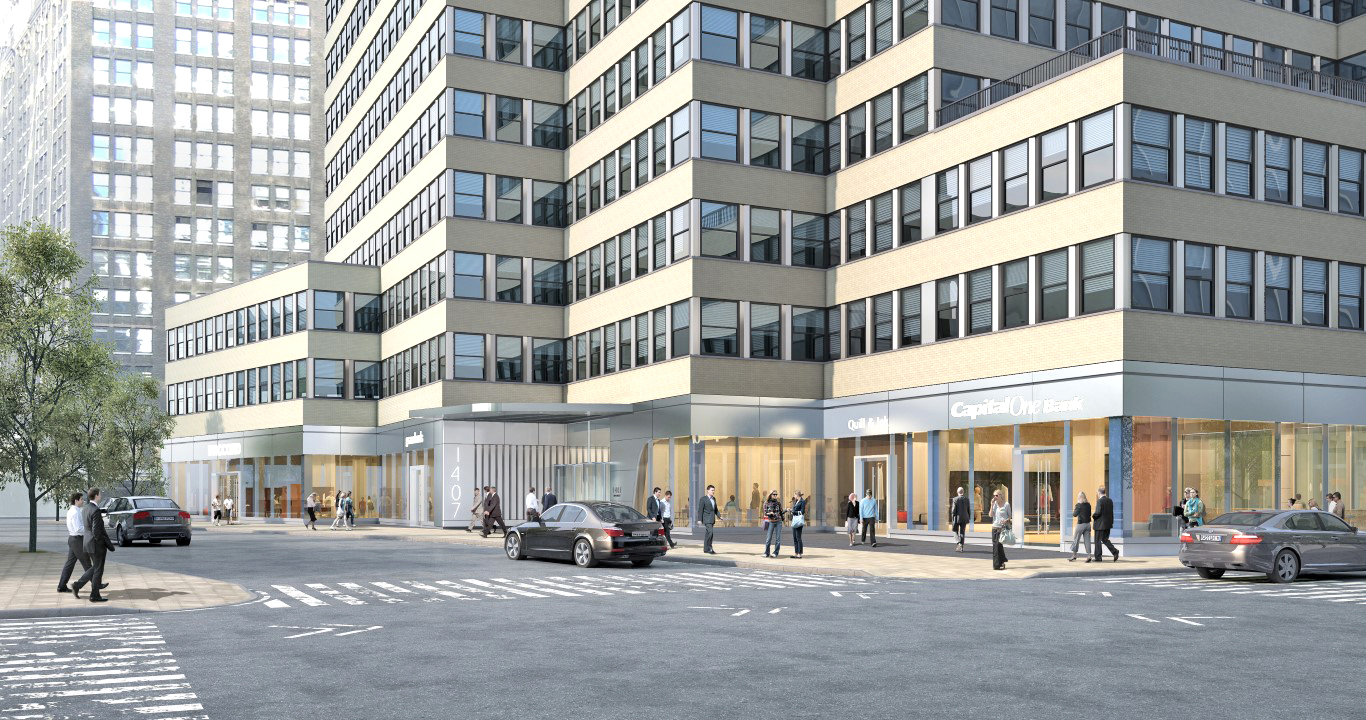 The group worked on behalf of Shorenstein Properties LLC to place the five-year loan with Barclays.

Located on Broadway between 38th and 39th Streets, 1407 Broadway sits at the intersection of Times Square, Bryant Park and Hudson Yards.

The property, built in 1950 and designed by famed architect Ely Jacques Kahn, underwent a $62 million modernization campaign in 2015. The three-year program included the renovation of the lobby, common areas, security, roof and terrace as well as elevator cab upgrades.

The building offers loft-like space with 12 ft. ceilings and floor plans ranging from 14,000 to 55,000 s/f. It features multiple outdoor spaces and dedicated outdoor seating on the Broadway streetscape. The property’s thru-block lobby offers an additional entrance on Seventh Avenue.

A total of 160,000 s/f of leasing activity has occurred in the past 12 months. After undergoing a major retail repositioning and adding new retail storefronts, the building’s retail space is 95 percent occupied with tenants including Num Pang, Luke’s Lobster and ‘Wichcraft.

The deal was secured by Holliday Fenoglio Fowler LP (HFF) prior to being acquired by JLL on July 1, 2019. Co-brokerage services were provided by Jones Lang LaSalle Americas Inc.