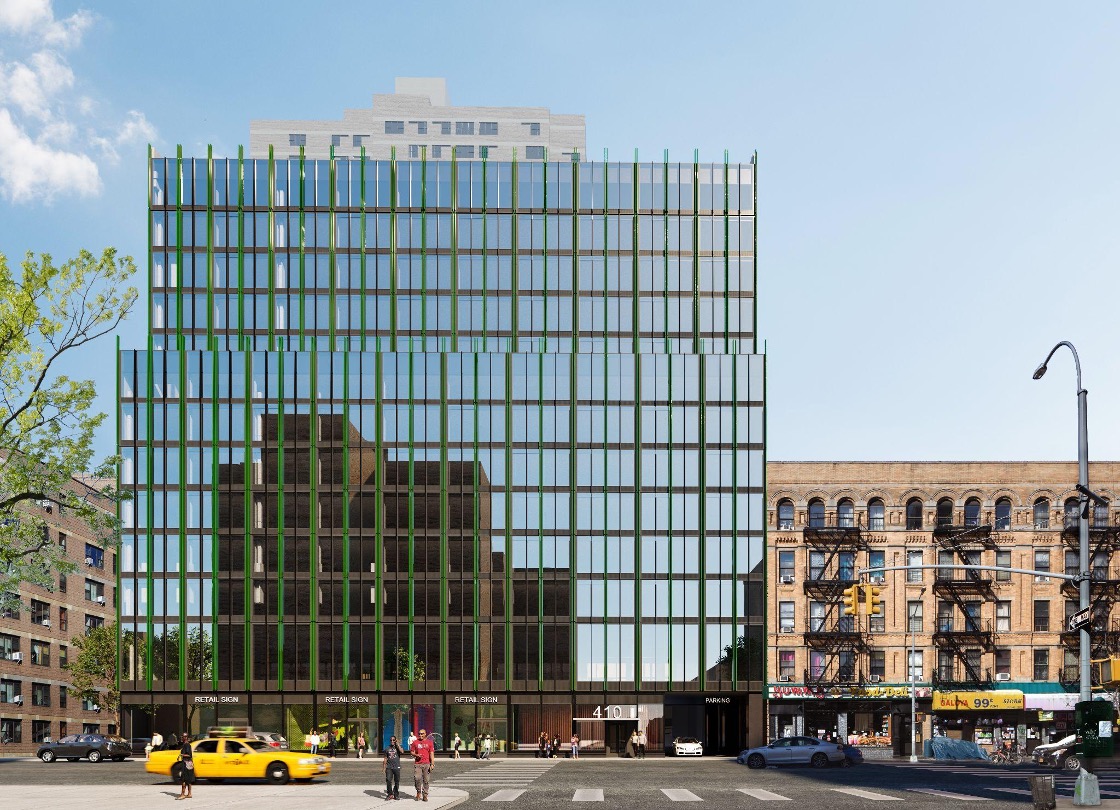 The one-bedroom unit has been built using digital design technology combined with advanced manufacturing techniques developed  in collaboration with auto and aerospace engineers with decades of leadership experience at  Boeing, SpaceX and Tesla.

Assembly OSM says it is reinventing the construction of mid-to-high-rise buildings with its digitally-led design and fabrication approach to 10-30 story building construction.

“Good design shouldn’t be a luxury reserved for the world’s elite,” said Sharples.  “Leveraging 25 years of design excellence and digital innovation, SHoP created the technology that is the foundation for Assembly OSM’s open ecosystem. The platform is built to be agnostic to architects, so if a developer wants a Frank Gehry façade, it can be done using our platform.  Our vision for Assembly OSM is bigger than just one building, we set out to change how buildings are built in the future.”

“I was drawn to what Assembly OSM is trying to do because it can solve the major housing supply crisis we are facing right now,” said Senior Advisor and Former CTO of Boeing, John Tracy.  “The digital manufacturing methodologies that Assembly is introducing to building design and the construction industry, Boeing has been implementing for years, since the inception of the Boeing 787 Dreamliner.”

Just as Henry Ford’s assembly line disrupted and forever impacted the auto industry, Assembly OSM believes it is poised to do the same for construction with the ability to produce housing at the scale needed to address America’s housing crisis.

The infrastructure boom is set to fuel global economic growth over the next decade, with global construction output expected to grow by 6.6% in 2021 and by 42% by 2030, driven largely by government stimuli and the demand for residential construction.

Similar to how airplanes and cars are built, Assembly OSM’s delivery process uses advanced  manufacturing to achieve imaginative, distinctive, high-quality architecture from a collection of digitally-designed, fully customizable subassemblies where every item is tracked, assembled and placed accordingly, based on the specifications generated by a first-of-its-kind 3D “digital twin.”  The “digital twin” technology generates detailed instructions for Assembly’s “virtually integrated” supply chain who manufacture finished building components — like fully contained bathroom pods and façade panels for the building exterior.

Similar to a car’s dashboard, or an airplane’s passenger cabin being manufactured by a third party supplier to an exact specification, Assembly OSM’s components are built to click together, like Lego blocks, in Tier 1 facilities anywhere in the world using Assembly OSM-trained local labor.

Known for their out-of-the-box design and neighborhood-changing projects, like Barclays Center and The American Copper Buildings, Bill and Chris drew on their decades of experience to create Assembly OSM’s innovative digital technology, engineering advances, and post-modular process. In particular, B2: 461 Dean Street in Brooklyn, North America’s tallest modular residential tower, was built as a solution to meet the high demand for urban housing in NYC.  B2 served as inspiration for Assembly OSM, particularly the limitations presented by the conventional approaches used to produce the B2 tower as a constructed product in an offsite facility.

Unlike the Dean Street project, everything in an Assembly OSM building, from concept, to production, delivery and post-occupancy relates back to a single source of product data. This digital platform (inherent in a manufacturing approach) removes crucial information gaps that critically mitigates human error (resulting in a material reduction of time-consuming re-work or contingency utilization) as compared to conventional construction or traditional modular and represents a generational leap forward in applying manufacturing efficiency to the built environment.

“I am a big believer in the potential of modular construction at scale in dense urban environments,” said MaryAnne Gilmartin, Founder and CEO of MAG Partners. “From day one, it has been clear that Assembly’s process and platform will upend the way builders and developers do business. There have been a lot of companies over the years that have tried and come up short in utilizing modular construction principles for a broader application. In the end, the technology really matters and that’s why I am betting on Assembly.”

With the completion of its first full-scale production unit, including all systems and components, Assembly OSM is embarking on its delivery phase.  Since 2019, Assembly OSM has been working with New York City’s Department of Buildings (DOB) to achieve pre-approval for all of the key elements of its system.