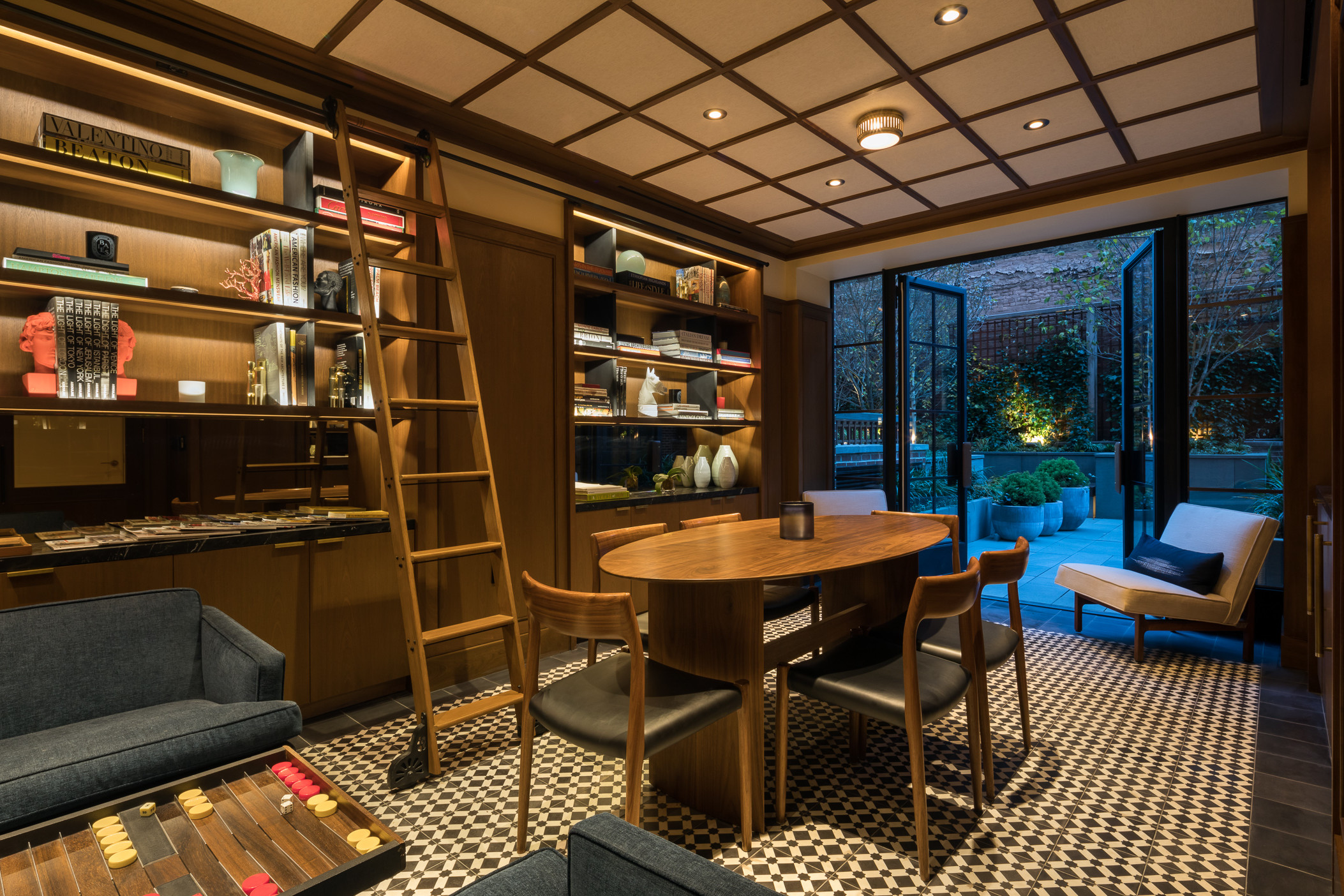 The Shephard offering luxe space in the cozy West Village

In the much sought-after West Village, a discreet condo building is drawing buyers and famous faces with its large floor plans, unique architecture, and of course, top-of-the-line amenities.

The Shephard, a condo building on West 10th Street, was developed by the Naftali Group. The firm first purchased the building in 2014 from Rockrose Development. when it was still a rental building with more than 100 units. Originally a warehouse, previous developer Rockrose had turned it into rentals. 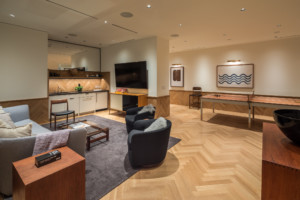 But the Naftali Group saw more in the building, drastically cutting the number of units to just 38, and converting it to large condominiums.

The details set the building apart from others, like the high, undulating ceilings, cathedral windows, and large floor plans. The building’s signature Herringbone floors are present in the gym and spa in the basement — even on the half basketball court. And there’s an in-house residence experience manager to assist residences in their every need.

Matthew Van Damm, executive vice president of marketing and design for the Naftali Group, said that in designing the building, they looked to have the feel of a private club or boutique hotel.

“Knowing where it is and how special the West Village is, we knew that we wanted to be very warm and welcoming and approachable,” said Van Damm of the design. “We wanted to come at as if it were someone’s private townhouse or apartment.” 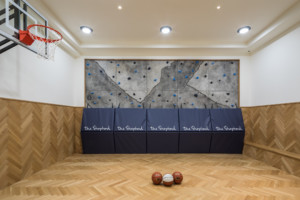 That feel is evident in small but distinctive touches, like how The Shephard has a signature cursive logo that’s on everything from the protective padding on the half basketball court to the inside drawers of kitchen cabinets.

On average, each floor has three to four apartments per floor, and the majority of the homes are two to five bedrooms. Three bedrooms have around 3,000 s/f while four bedroom units have around 4,000 s/f.

Sales director Alexa Lambert of Stribling & Associates said the large apartments are welcomed in the neighborhood, which is known for its small spaces.

“Things in the Village sometimes feel a little bit tight, but they’re cute spaces,” said Lambert.” I had all these people who wanted a big space but wanted to be in the West Village, and now there’s some new buildings that have it, but the old buildings are not like that. So this is kind of nice, because you really feel like there’s these kind of generous bedrooms and big kitchens.”

Add to that a cozy wood-paneled library, shared garden, and discreet location, and it’s the perfect hidden gem for celebrities. It’s even been rumored that some famous faces (including longtime West Village residents Sarah Jessica Parker and Matthew Broderick) have checked out the building recently.

The lobby, which was once essentially a giant cinder block, was transformed into a cozy entrance with a fireplace, sitting area, and French doors leading into garden patio.In the basement, there is a full range of fitness and health offerings, all of which feature the Shephard’s signature Herringbone wood floors. There are men and women’s locker room that both feature saunas, a full gym with a separate room for Pilates, and a half basketball court. There’s even a golf simulator and a screening room.

A children’s playroom and resident lounge and game room are among the amenities. And guests have a in-house experience manager they can work with to rent amenity spaces for parties, and help them with miscellaneous things. Living rooms have vaulted ceilings and 3/4″ solid oak floors in a classic herringbone pattern. New custom, Landmarks-approved windows are double glazed with UV protected glass.Kitchens in the units are designed by Gachot Studios with cabinetry built by English firm Smallbone of Devizes. Cabinets are detailed with custom Valli and Valli hardware of unlacquered brass and satin nickel, with appliances by Miele. 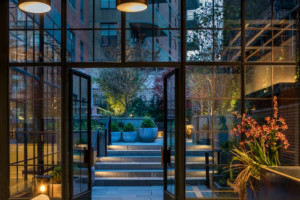 The team also wanted to make sure the building fit in with the neighborhood and not look completely out of character with its surroundings.

With so much focus on the details and finishes, and taking the building through the long conversion process, Van Damm said The Shephard was the hardest building he has worked on since joining the firm.

“It was hard to see in the beginning how we would be able to put everything together and make these really gracious layouts,” said Van Damm. “I think it scared some people off. We got it, and understood the market for it. With conversions and restorations it’s always challenging.”

Now, nearly five years after first looking at the original building, construction is nearly finished and 70 to 80 percent of the apartments have sold, with two penthouses already purchased and one still up for grabs.

Most of the apartments are two, three and four bedrooms, and prices start around $5 million for two bedrooms. In December, a five bedroom, five and a half bathroom penthouse with nearly 6,000 s/f sold for $34.6 million.

“Every project for us is nice to see when it’s all done, but this one, it’s very close to us,” said Van Damm. “ It really is a labor of love.”