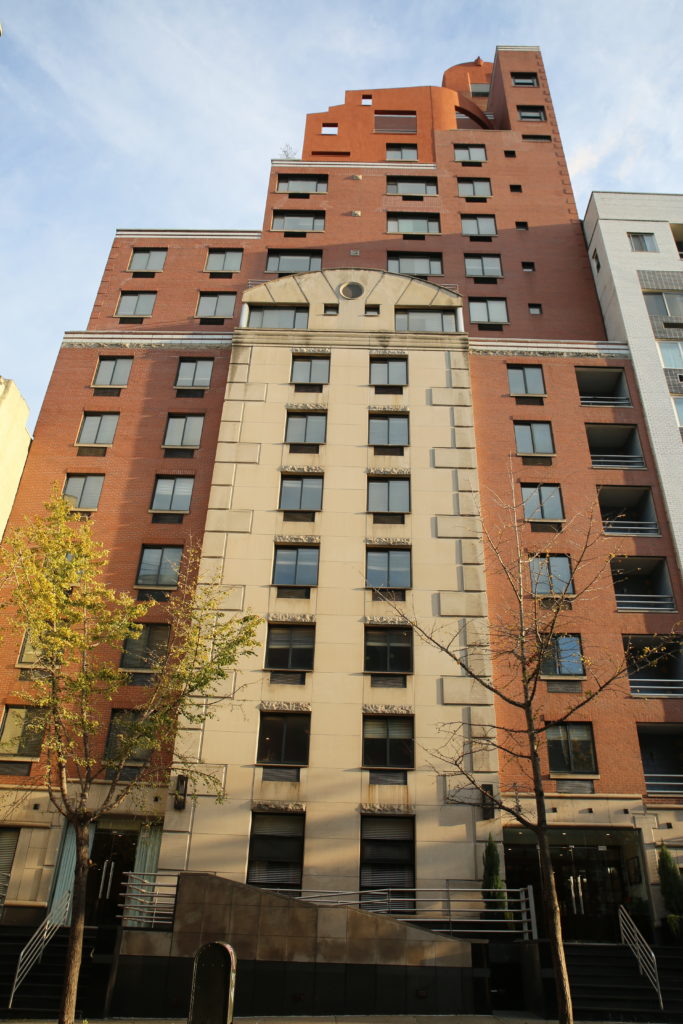 Seniors living with a charity founded by real estate icon Leonard Stern are facing a Christmas nightmare after being told their home was closing.

Now, the operators of Homes for the Homeless at 519 West 49th Street are set to meet with politicians in an effort to help residents, some as old as 99.
“This is difficult news for someone on a fixed income to hear just as the year ends,” said Senator Brad Hoylman. “I think their timing is poor.”

Residents of Riverview received a letter signed by center director Jessica Schmidt last week that said the facility, operated under the auspices of Homes for the Homeless, would be closing “sometime in the first few months of 2020” because the owner planned to sell.

Homes for the Homeless was founded in the mid-1980s by real estate developer Leonard Stern, CEO and chair of Hartz Group/Hartz Mountain Group. According to the nonprofit’s website this was after he walked through City Hall Park one day in 1985, and noticed how many homeless people were camping out there.

The center did not respond to a request for comment from Real Estate Weekly, nor did Homes for the Homeless, which currently operates three family shelters in the city. State Senator Hoylman, who represents the area, is one of several elected officials hoping to get the building’s nonprofit owner to rethink its plans to close.

According to Hoylman, the organization’s COO John Greenwald said it was running on a budget deficit because the 15-story building is only half full, with just 31 residents.

The building’s rents range from $3,800-$4,800 with the cost including three meals a day cooked onsite and served in a communal dining room. The facility offers concierge service and organized trips.

Since the plan to sell was announced, Hoylman said the owner has been encouraging residents to move to another facility in its network in Staten Island called Island Shore.
In their official response to the owners, which was sent last week, the elected officials, including Hoylman and City Council Speaker Corey Johnson, said, “Presenting senior citizens, one of whom is a 99-year old holocaust survivor, with a vague and frightening update about the future of their homes, especially during the holiday season, is indefensible.”

A spokesman for Stern said he was not involved in the running of Riverview.