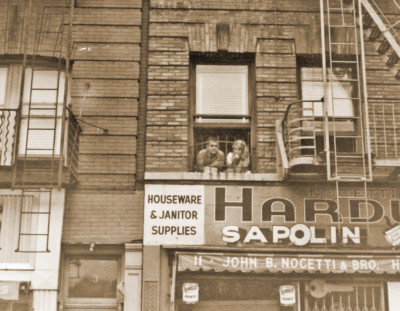 The building that housed Nocetti’s Hardware, a one-time West Village fixture, is being offered for sale for the first time in 60 years.
Christie’s International Real Estate’s Erin Boisson Aries Team has been tapped by the Nocetti family to sell the five-story building at 11 Carmine Street (pictured above).
For 80 years, the ground-floor retail space was home to Nocetti’s Hardware, which became a local hangout as much as it was a store
The store closed several years ago and the space was leased to Dos Toros Taqueria, a critically acclaimed fast-casual San Francisco-style taqueria with 20 locations in NYC alone.
The Nocetti family decided to sell the property, a walk-up with 13 apartments above the retail space. Five of units are two-bedrooms and the remaining eight one-bedrooms with an office.
The building will be delivered with tenants in place, according to the listing, the first commercial listing for Christie’s International Real Estate since launching in the city.

The Boys’ Club of New York has listed its East Village home at 161 Avenue A for sale with Cushman & Wakefield.
Better known as the Harriman Clubhouse, the 7-story walkup is being offered at $32 million.
In the offering agents Michael Gembecki and Alessandra Faglione say the building will be delivered vacant “making for an ideal conversion opportunity or continued educational/recreational use by an end user.” 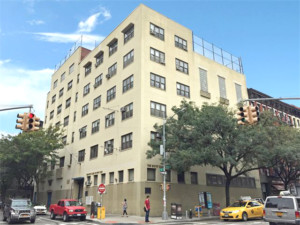 The 50,000 s/f building is comprised of classroom, office, gymnasium, auditorium, music studios, recreational and pool space. Every floor has 10 ft. ceilings and some have double height ceilings.
The concrete slab construction also enables virtually beamless floor plates and allows for large open rooms.
The listing sparked protest from local Senator Brady Hoylman who called for a rally to urge the Boys Club Board to meet with the community before selling the historic clubhouse.
Senator Hoylman said: “The local community has good reason to be angry and confused, and will, unfortunately, see this as another example of a nonprofit selling out the neighborhood, putting real estate profits ahead of the needs of young people and contributing to the wholesale gentrification of their neighborhood.“
Edward Rappa, board of Trustees Chairman, Boys’ Club of New York, said, “We will continue to offer the same robust array of quality programs in a new site in the neighborhood.
“It is also our hope to find a buyer that will keep all, or at least part, of the building dedicated as a community facility.”
He said that despite best efforts, membership has fallen to below 1980s levels and fewer than half the boys that attend the Harriman Clubhouse live in lower Manhattan.”