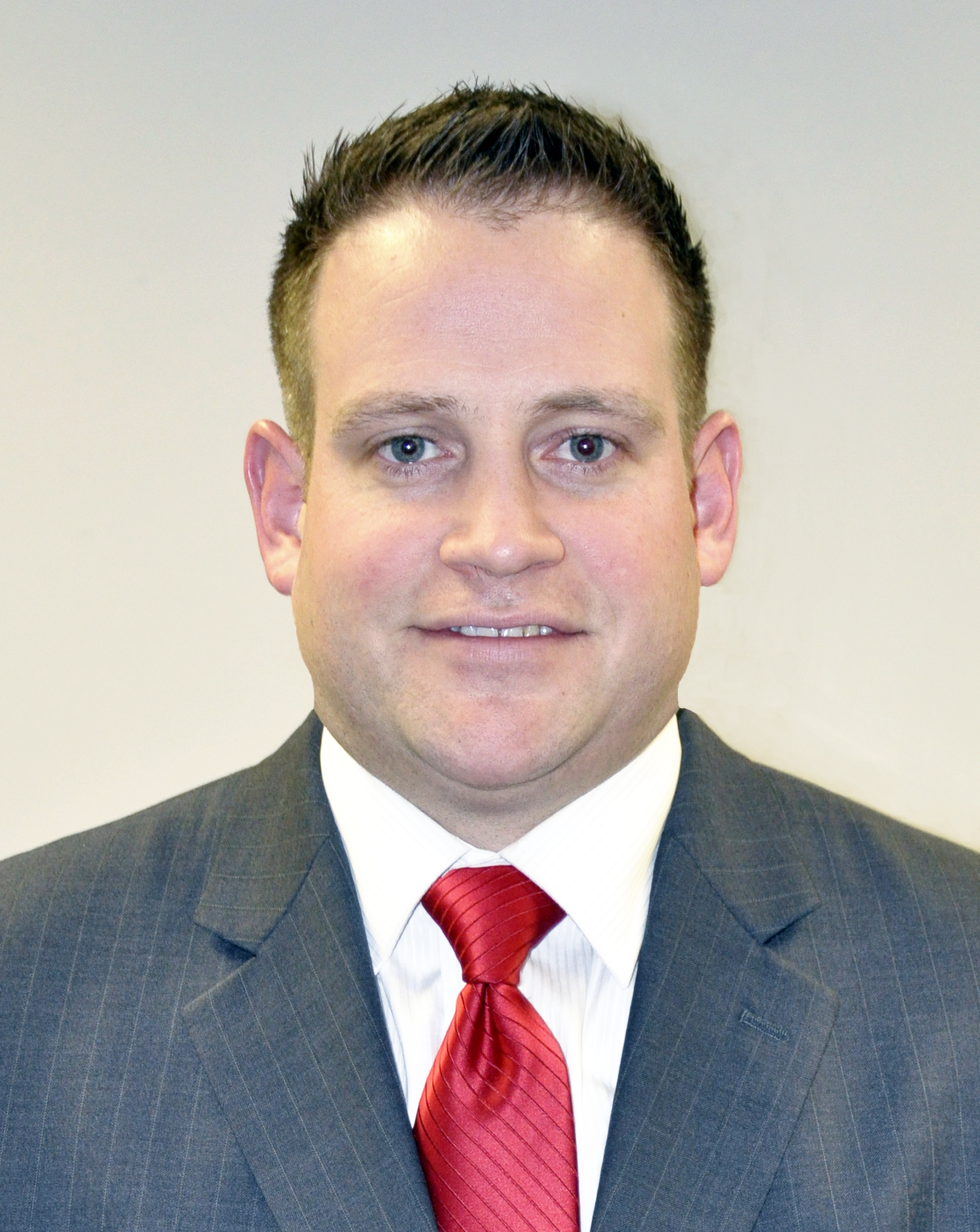 Acadia Realty Trust has sold a Sheepshead Bay development site to Muss Development for $20.2 million.
A team from Brooklyn-based CPEX that included Brian T. Leary negotiated the sale of 1501 Voorhies Avenue and 1536 Sheepshead Bay Road in Brooklyn.
The two adjacent lots consist of an 85,794 s/f development site offering 280,000 buildable square feet, as well as an existing 19,710 s/f two-story commercial building, half of which is currently occupied by a retail branch of Citibank.
“This is one of a handful of large scale development sites in the Sheepshead Bay market on the north side of the Belt Parkway,ˮ Sean R. Kelly, managing director of CPEX’s Development & Conversion Sales Team.
“Muss plans on building a residential apartment building. Demand for new housing stock has increased throughout the borough and the Sheepshead Bay market in particular is lacking in new inventory.” said
Andre Sigourney, associate director of CPEX’s Retail Sales Team, added, “Sheepshead Bay Road has long been a neighborhood retail destination. With the addition of a few hundred new apartments, we expect to see increased demand for retail space from the ancillary services to serve the residents of a new building.
The CPEX team included Leary, Kelly, Esq., Matthew Dzbanek and Michael Pallas of the Development & Conversion Sales Team, and Timothy D. King and Andre Sigourney of the Retail Sales Team.

An investment group led by developer Kevin Maloney of Property Markets Group has paid $40 million for a four-story Chelsea loft building.
In an off market transaction led by Ivan Hakimian and Kevin Esh of HPNY, 548 West 22nd St, right off the corner of 11th Avenue, was sold by an out-of-state LLC.
It was originally bought at the peak of the market in 2007 for $38M from the Dia Arts Foundation.
‘The building was originally an art building but with the current hot market in Chelsea, the area is about to change due to the red hot residential condo market,ˮ said Hakimian.
“This building is ripe for a residential development or conversion.ˮ

An entity controlled by Acadia Realty Trust has paid $46.75 million for a shopping center in tony Bedford Hills, NY.
Jeffrey Dunne and David Gavin of CBRE Group Inc.’s New York Institutional Properties team, represented DP 40, LLC and DP 41, LLC, entities controlled by Diamond Properties, in the sale of Bedford Green in Bedford Hills.
The team was also responsible for procuring the buyer, Bedford Green LLC, an entity controlled by Acadia Realty Trust.
Bedford Green is a 120,179 s/f ShopRite anchored center located along Route 117.
Since 2008, the seller has renovated the center with a new façade, storefronts and sidewalks, as well as Belgium block curbing and parking lot islands.
“Bedford Green is situated in a high demographic area of Westchester County with average household incomes within three miles over $147,000,ˮ said Dunne.
“The center’s high volume ShopRite coupled with its high credit satellite tenants including CVS and Chase, among others, will provide stable, long-term cash flow for Acadia.”

●besen & associates
Inwood portfolio fetches $18M
Besen & Associates has negotiated the sale of a four-building portfolio including 150-152, 154, 158-160 and 170 Vermilyea Avenue, in the Inwood section of Manhattan.
The 111,420 s/f portfolio consists of four walkup apartment buildings containing 129 apartments.
The transaction was completed for $18.375 million by Morris Arlos, Greg Corbin and Amit Doshi of Besen & Associates, who exclusively represented the seller and procured the purchaser.
“Inwood’s real estate rents and values can vary largely between east and west, being considerably higher in the area west of Broadway,” explained Arlos, who marketed the property along with Amit Doshi. “We believe we achieved a strong price for this location.”

According to Corbin, the packaged stirred up a “spectacular responseˮ to the package.
“Although most investors felt that the price was too rich, the purchaser was able to procure a large amount of units for less than $150,000 per door,ˮ said Corbin.
“We achieved an aggressive price based on the in-place financials, but at the end of the day, there are few remaining areas in Manhattan in which a buyer can find such good price per pound.”
Nearby, The Stack, the city’s first multi-story modular apartment building started renting in January and Columbia University opened a green space, called Muscota Marsh, at 218th Street and Indian Road.
Anthony Simari of Smith, Buss & Jacobs LLP represented the seller and Yaron Kornblum of Rivkin Radler LLP represented the purchaser.

GFI Realty Services, Inc. announced the sale of 3760 Broadway, a six-story elevator mixed-use building in Washington Heights.
The property traded for $14.7 million, which translates to 15 times the rent roll.

The building consists of 32 apartments, 15 of which are free market, and five stores. There is an additional 13,000 buildable square feet.
Roni Abudi, managing director, Investment Sales, represented the buyer, a local investor, and arranged the $8.63 million acquisition financing for this deal.
“With Columbia University’s recent expansion towards 125th Street, the inventory for buildings along Broadway has been shrinking,” said Abudi.
“This building in particular is in an excellent location, one block from the 157th Street subway station, and near several shops and restaurants.”

The Manhattes Group announced the sale of the corner retail condo at 316 Bowery and 4-6 Bleecker Street.
The property sold for $14,900,000. Alan Shmaruk and Michael Sherman of The Manhattes Group represented both the seller and procured the buyer, a local investor.
The combined retail property features 6,600 s/f of restaurant space on two levels, which is fully leased to Saxon + Parole and Madam Geneva. The space has 90 feet of frontage on Bleecker Street and 40 feet on the Bowery.
Saxon + Parole and Madam Geneva, a well known restaurant and lounge began a 15-year lease, which commenced in 2008, for the entire space that expires in January 31, 2023.

An investment group led by Walter & Samuels, Inc. chairman David I. Berley was the buyer.
Walter & Samuels’ Berley has been buying retail condos with great restaurants of late, or putting them into spaces he already owns, including Parisian rotisserie Le Coq Rico, which pen its first U.S. restaurant at 30 East 20th Street, a seven-story building that Berley acquired in 2012.
The lease adds to a block already populated with the iconic Gramercy Tavern and Il Mulino Trattoria restaurants.
Last year, a group headed by Berley bought 355 and 361 Greenwich Street, home to The Harrison in Tribeca.
In 2009, Walter & Samuels helped former Central Park South restaurateur Tony May re-open San Domenico as SD26 at the base of 15 Madison Square Park, an office building that Walter & Samuels partially converted to luxury condominiums.
“Destination restaurants like Saxon + Parole, Le Coq Rico and SD26 make excellent tenants and provide exciting opportunities to add value to our portfolio,” said Berley.
● massey knakal
College closes on Bronx sale

The College of New Rochelle has sold its nine-story campus building at 332 East 149th Street in The Bronx for $10.5 million.
Massey Knakal brokered the sale of the 50,000 s/f property located between Morris and Courtlandt Avenues in an area know as the Hub, the busiest intersection outside of Times Square with over 200,000 pedestrians walking by a day, according to the local BID.
The eight-story elevatored building was delivered 50 percent vacant at closing according to Massey Kankal’s David Simone, who exclusively handled the transaction with Guthrie Garvin and CEO Paul J. Massey, Jr.
“This investment property attracted a wide range of investors from institutions to local families,ˮ said Simone.
“The property was in contract after two and a half months of marketing and closed five months from the time we were hired.”

Thor Equities has acquired 138 Greene Street, between West Houston and Prince Streets in Soho for $15.93 million.
“As a must-see destination for tourists and New Yorkers alike, SoHo offers world-renowned shopping, best-in-class dining and luxurious residential living”, said Thor Equities executive vice president Melissa Gliatta.
“No other location in New York can match the vibrancy and culture of SoHo, and we are proud to be such a major part of the community.”
Offering 6,000 s/f between two levels, 138 Greene Street provides 30 feet of storefront alongside an array of boutiques, nightlife and dining options.
This property is the latest addition to Thor Equities SoHo portfolio which includes neighboring 136 Greene Street. Thor Equities has additional holdings along Broadway, West Broadway, Wooster, Mercer, and Bond Streets in the area.

“The building was bought by JMC in 2011 for $4,925,000,” said Von Der Ahe. “We were able to sell the building at over double the price they paid in 2011.ˮ
Added Lloyd, “Aside from the rent-stabilized units, the entire building has undergone extensive renovations.” Built in 1920, the property at 19 West 8th Street consists of one retail unit and eight residential units.
The team is now helping JMC find a replacement asset to effectuate a 1031 exchange.