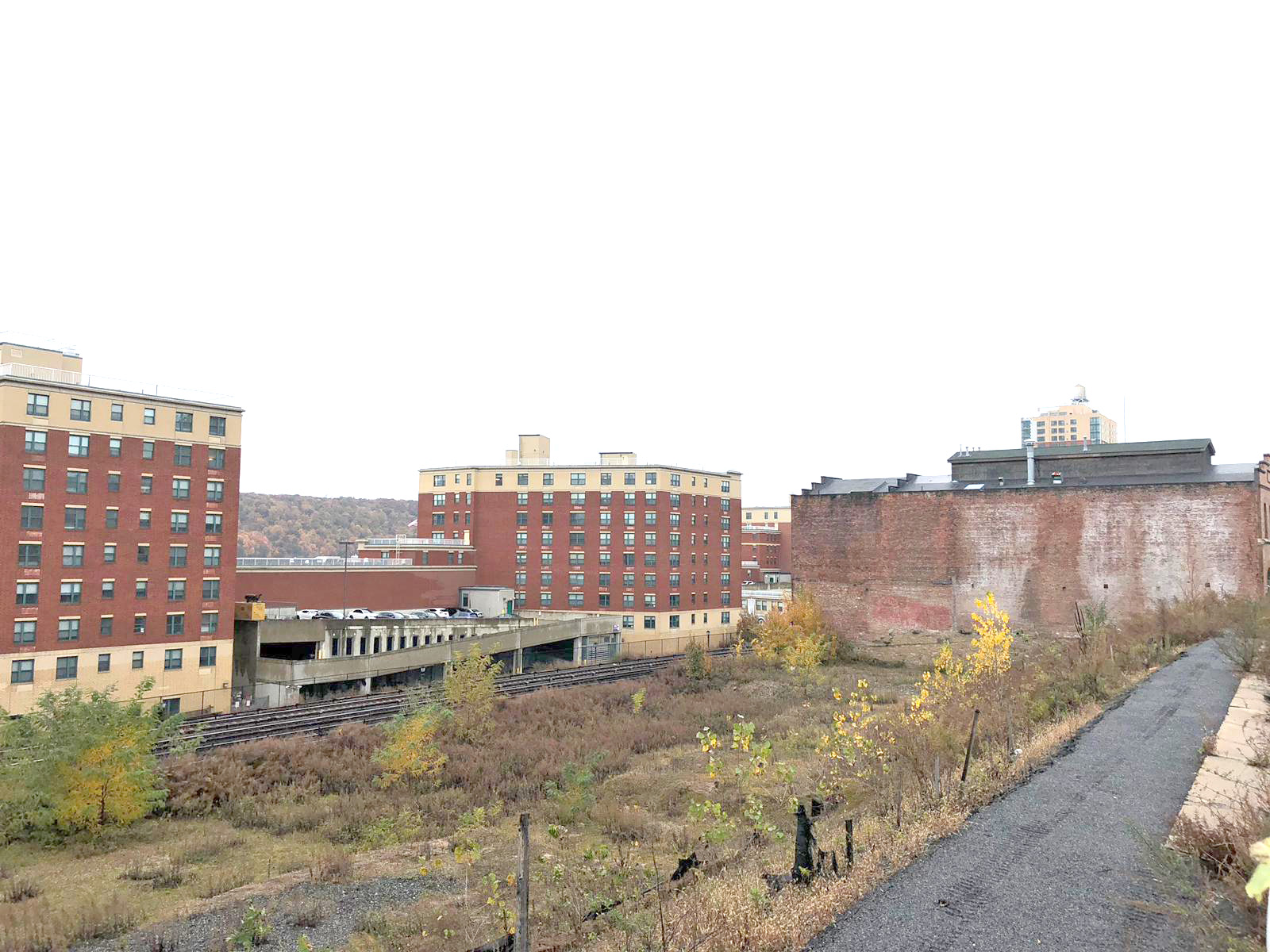 The company announced its $18.3 million purchase of 55 Buena Vista Avenue — once the site of the city’s Teutonia Music Hall — and confirmed a plan to turn into a 24-story luxury rental building with Hudson River views.

The comes the same week that AMS announced it will purchase Chicken Island from the City of Yonkers for $16 million.

AMS principals said they plan to turn that six-acre undeveloped property into a downtown with a shopping, dining, apartment buildings, offices and a luxury hotel.

The 55 Buena Vista site is located behind two other buildings the firm owns at 92 Main Street and 86 Main Street.

“Downtown Yonkers is in the midst of a renaissance,” said Michael Mitnick, a principal at AMS Acquisitions. “AMS is invested heavily in the growth and expansion of this incredible and unique market.”

Cushman & Wakefield has been retained to sell The NewCo Portfolio: four vacant, new construction apartment buildings in the Longwood, Woodstock and Williamsbridge neighborhoods of The Bronx.

In total, the portfolio consists of 89 residential units and approximately 73,185 gross square feet.

The asking price is $25.75 million. Properties may be purchased either as a package or on an individual basis.

“The NewCo Portfolio is an incredibly rare opportunity to acquire 89 newly constructed vacant apartments in the Bronx.” said Squires.

“Apartments in the market normally lease in the mid-$30 range per net square foot, however the vacant buildings also offer future ownership the rare opportunity to work with a government agency or non-profit to lease each building.”

764 East 152nd Street is the southernmost property, located in the Woodstock neighborhood.

The 24-unit, 18,751 s/f elevator building is within walking distance of The Hub retail, theater and restaurant district.

The 10-unit 770 East 214th Street is in the Williamsbridge neighborhood of the North Bronx.

Constructed in 1906, the buildings total 26,300 s/f, and will be delivered with 26 of the 28 units vacant. The majority of the apartments are in need of significant renovations.

“With Crown Height establishing itself as one of the borough’s most dynamic neighborhoods, the long-term owner decided to sell the three buildings to a developer who could reinvigorate the properties,” said Antebi.

“The portfolio features 100 feet of frontage on Pacific Street, and is ideally suited for an investor who is eager to tap into the significant potential of the building and the neighborhood. With more than 26 free-market units and a favorable 2B tax class, the portfolio should meet with a lot of demand from buyers looking to enter Crown Heights at a fairly low basis.”

The A and C trains provide express and local subway service, providing access to Lower Manhattan in approximately 30 minutes.

The Fairview is located at 371 Bergen Boulevard within the Bergen County Hudson Waterfront submarket, which provides commuters accessibility into Manhattan via a variety of transportation options.

It consists of a mix of 146 market-rate one-, two- and three-bedroom units averaging 991 s/f. After a full renovation and repositioning in 2017, residences are equipped with in-unit washers and dryers, stainless steel appliances, quartzite countertops, hardwood flooring and balconies in select units.

“The property’s location in the heart of Fairview in Bergen County helped to drive investor interest while the recent renovation and upside in rents pushed pricing,” Cruz stated.

The Company anticipates recycling a portion of sales proceeds into a new acquisition in the coming months.

Jeffrey A. Gould, president and CEO commented, “We were pleased to generate an IRR of 20 percent over three years on our interest in Factory at Garco Park. We entered into this venture as a ground up development and believe that we have maximized value at this time. Accordingly, we will be recycling a portion of this capital into value-add acquisitions where we believe we can generate an attractive return while benefitting from current cash flow.