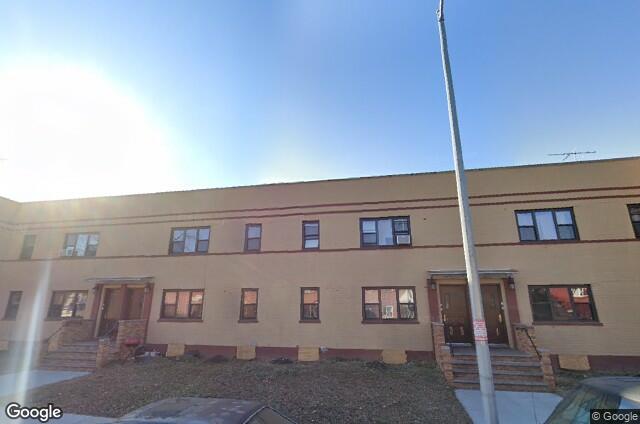 Alpha Realty announced the $13.75 million sale of a multifamily garden-style complex located in the Hollis section of Queens.

The buyer and seller are both local private investors.

“The recent dip in prices created an opportunity the buyer was looking for to add to his portfolio of multifamily holdings,” said Lev Mavashev, co-founder and managing partner of Alpha Realty.

“He was pleased with the metrics of the deal and decided to make a competitive offer that the previous owner found appealing.”

According to Mavashev, “We are starting to see increased interest for multifamily assets as prices have considerably dropped over the past year. This asset had an original asking price of $16.5 million last year.”

Bridge Development Partners announced its acquisition of a 7.47-acre property in Edison, NJ, where it plans to develop a 124,560 s/f industrial facility called Bridge Point Edison.

The Class-A facility, located at 150 Whitman Avenue in Edison, will feature 36 ft. ceilings, 23 exterior docks, five trailer positions, parking for up to 62 cars and a drive-in door.

The company said the facility will be accommodating for small to medium-sized users, particularly last-mile delivery tenants, due to its proximity and accessibility to and from the Interstate highway network connecting the large population in the New Jersey/New York Metro area.

The project is expected to be delivered in Q1 of 2020.

“The industrial market as a whole is seeing strong demand for space that works for users large and small with good highway connectivity, particularly as space along the Turnpike corridor becomes increasingly scarce,” said Jonathan Pozerycki, Vice President at Bridge Development.

Bridge Point Edison is the latest in a series of acquisitions and developments for Bridge.

In the last 15 months, it has announced plans for Sunset Industrial Park in Brooklyn – the largest planned multi-story industrial development in the country – as well as Bridge Point Somerset in Franklin Township, NJ, the nation’s largest industrial project of 2019.

New Providence Gardens, a 232-unit garden-apartment community in New Providence on the northwestern edge of Union County, has been sold for $58.5 million.

Built in 1951, the property is near New Providence Train Station as well as major highways.

“This is a transit-rich region where an established Millennial and executive-level out-commuter residential base fill the borough’s population-growth pipeline.”

Located at 43 Gales Dr., the community features 232 apartment one and two-bedroom layouts.

Financing for the deal was provided by IPA, a division of Marcus & Millichap. The lead brokers were Anita Paryani, Rick Lechtman and Daniel Lisser.

Hart Realty Advisers has purchased two Class A office buildings in the Somerset Square submarket of Hartford, Connecticut, for $30.3 million.

Both have numerous stable long-term boutique and corporate tenants in the wealth management, insurance, FinTech and accounting sectors with lease expirations evenly spread over the coming decade.

Hart Realty Advisers is making the purchase as a core plus investment on behalf of an institutional separate account client.

“180 and 200 Glastonbury Boulevard are some of the most attractive assets in the Hartford area, with a high-end tenant base and surrounded by a bustling master-planned community with dozens of retailers and restaurants that draw activity seven days a week,” said David S. Hart, CoCEO of Hart Realty Advisers.

The seller o was Barings LLC, one of the world’s largest diversified real estate investment managers, on behalf of institutional investors.

The transaction was brokered by CBRE Hartford’s John McCormick, Patrick Mulready and Anna Kocsondy, who represented the seller. CBRE will oversee leasing and management of the buildings.

“We were able to achieve a 14.5 GRM, $435 price per square foot and a 4.6 capitalization rate, which certainly speaks volumes of the neighborhood dominated by a student population,” said Doshi.

Mehra and Doshi had previously sold the property in 2014 from Onex Real Estate Partners to Barberry Rose Management for $9.3 million.

Barberry upgraded common areas and renovated seven of the 44 apartments. The 5,400 s/f of retail space is 100 percent leased.

“The purchaser, David Eshaghoff of Eshco Realty, saw this as an exciting opportunity to capture the upside from the remaining 37 non-renovated units, ” said Mehra.