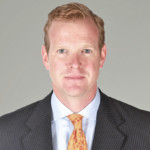 The New York Capital Markets Group for Avison Young has been named the exclusive agent for the sale of 356 Bowery, a mixed-use building located in NoHo. The vacant 7,600 s/f residential and retail property consists of five stories as well as a sellable lower level, in addition to an additional 2,500 s/f of air rights and 20 ft. of frontage overlooking Bowery Street. The AY team marketing the building on behalf of Ultimate Realty, LLC is led by principal James Nelson, along with director Brandon Polakoff. 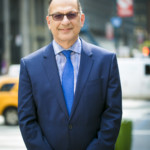 Jack A. Cohen of Besen & Associates has been retained to sell 75 Belmont Avenue, Brooklyn. Situated on the northeast corner of Belmont Avenue and Watkins Street, the property is located within five blocks from the Sutter Avenue [L] subway station. The single-story retail building contains 4,000 s/f and will be delivered vacant. A single residential unit with three bedrooms and one bath is situated above the retail space. As-of-right, the property has 7,776 total buildable s/f, 100 ft. of wraparound frontage. This building is part of a larger tax lot that will be subdivided before closing. Currently configured as medical office space with five exam rooms, two waiting rooms, two bathrooms, and office. The asking price is $1,400,000.

Cushman & Wakefield has been retained for the following exclusive sale assignments:

• A single-story retail and office building at 77-17 Queens Boulevard in Elmhurst. The asking price is $4,700,000. A team led by Senior Managing Director Stephen R. Preuss, Associate Director Denise Prevete, Senior Associate Kevin Louie and Associate Andreas Efthymiou, will represent the seller. 77-17 Queens Boulevard is a, 9,572 s/f retail and commercial building with a small mezzanine office, which will be delivered vacant. The property is situated in an M1-1 zoning district and has an as of right development potential of 9,572 s/f for retail/com­mercial/industrial use and 22,972 s/f for a community use facility. The building is formerly a club destination that hosted billiards, bowling and dancing.

• A ground floor office co-op in a pre-war loft building at 112 East 19th Street. The asking price is $4,950,000. A team led by Vice Chairman John F. Ciraulo and Senior Director Craig M. Waggner will represent the seller. The unit is located at the base of a 12-story residential building known as Ruggles’ House which features 21 apartments above. The office unit totals 6,806 rentable square feet, with space on the ground floor and lower level. The two levels are contiguous and easily accessible through a wide interior staircase. The unit, which is currently configured for a law firm, features a reception area, one large conference room, 11 private offices, a large file storage room and more.

• The sale of a portfolio of two Brooklyn multifamily properties located at 347 Pacific Street in Boerum Hill and 427 3rd Avenue in Gowanus. The properties contain a total of 18 apartments and comprise 11,640 s/f. Senior Director Shlomo Antebi will be marketing the portfolio, with pricing targeted at $8.15 million. Constructed circa 1920, 347 Pacific is a five-story walk-up with 10 rental apartments. 427 3rd Avenue is a four-story walk-up constructed in 1931 and comprising eight apartments. 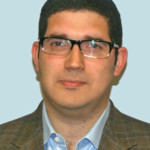 • 1915-1919 Cornaga Avenue, a development site in Far Rockaway, Queens, is being marketed by Yosef Katz, with pricing targeted at $3.1 million. The offering consists of two contiguous lots, located between Beach 19th and Beach 20th Streets, which feature of a combined 100 feet of frontage and approximately 61,153 maximum buildable square feet. One of the two lots is empty, while the other contains a single-story structure that is currently vacant. In total, the development site has a footprint of 15,161 s/f. The parcels are located in a recently rezoned area of downtown Far Rockaway that is expected see the delivery of over 3,100 apartments, nearly 165,000 square feet of retail space, and over 80,900 gross square feet of community facility space. It is also blocks away from the A subway line at the Far Rockaway-Mott Avenue station.

• 853 Onderdonk Avenue, a 6,100 s/f mixed-use building in Ridgewood, Brooklyn, sold for $3,060,000. Shaun Riney and Tom Shihadeh represented the seller and secured the buyer, a tenant that is bringing a new use to the commercial space.

Angel Commercial announced the sale of the former Connecticut Post Building located at 410 State Street in Bridgeport, CT, for $1,150,000. Jon Angel represented the buyer, a New York City investor who purchased the property from Hearst CT Post LLC. Cushman and Wakefield represented the seller. The property consists of a 57,870 s/f four-story brick building built in 1928 with an attached parking garage on 0.64 acres. The plan is to remodel the building and offer it for lease.

Bouwerie Lane Group announced the $6.1 million sale of 185 East Broadway, a 6,416 s/f mixed use building with two commercial tenants and three residential units. It was built in 1900 this. The seller was 185 Partners LLC. Bouwerie Lane Group represented the buyer, Little Red House LLC, who plans to renovate the property. The sale price equates to $951 psf. 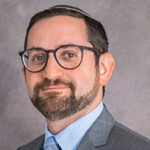 • 29-15 Far Rockaway Boulevard, an 8,307 s/f single-tenant medical building in Far Rockaway, Queens, sold for $1.4 million, or $168.50 psf. Dan Abbondandolo represented the seller, The Jobel LLC. The property was purchased by the Rockaway Partners. The building sits on a nearly half-acre lot and includes a 27-car gated parking lot. It is occupied on a triple-net basis (NNN) by a medical office and the tenant has a lease through December 31, 2018.

• 320 Linden Blvd, a redevelopment site in Flatbush, Brooklyn, sold for $1,275,00. Yona Edelkopf and Baruch Edelkopf represented the buyer and seller. The building is 20 by 60 with an additional 8,435 bsf. This is an existing three family building that the buyer plans to redevelop into a 16-unit building.