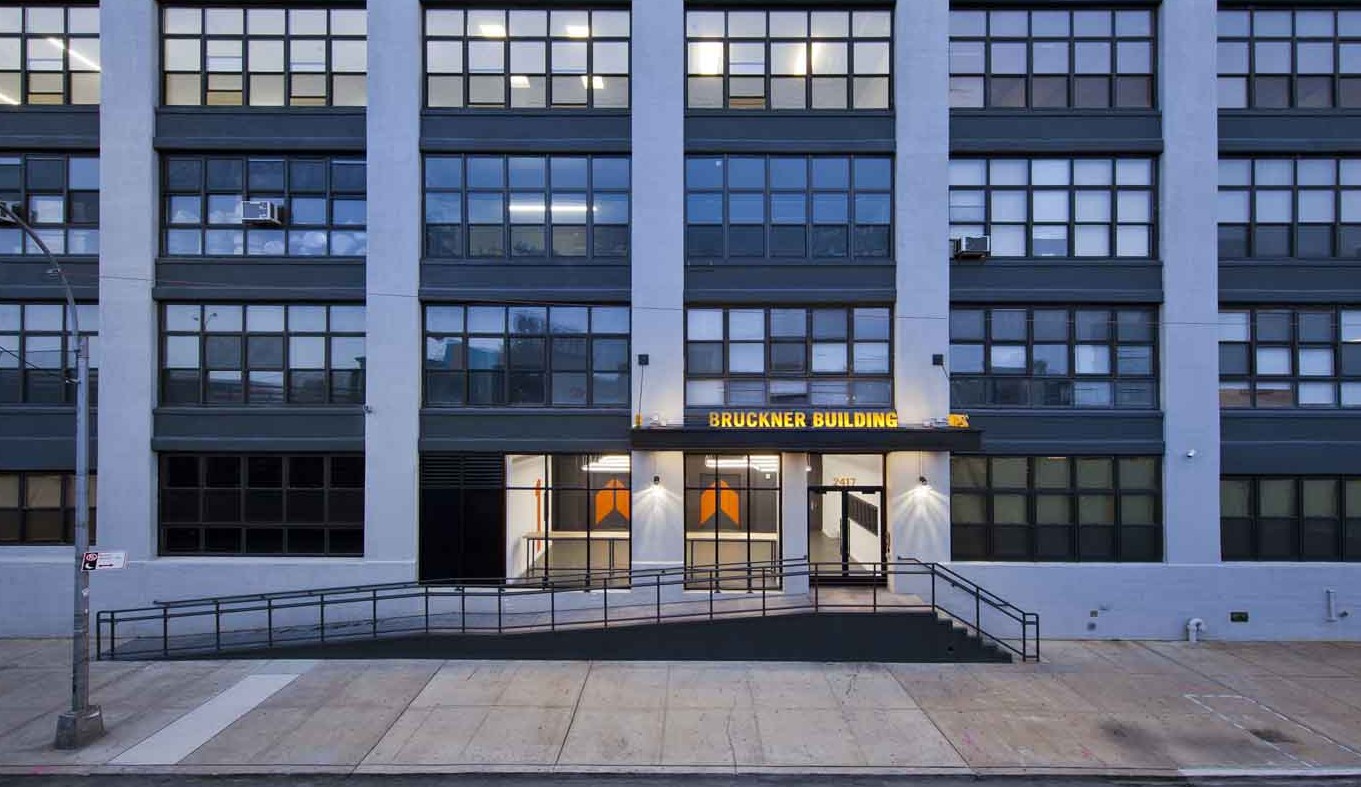 Savanna, in a joint venture with Hornig Capital Partners, announced the completion of a capital improvement project at The Bruckner Building.

The new building offers modern commercial space for office and light industrial users in the heart Mott Haven in the South Bronx.

Located at 2417 Third Avenue, The Bruckner Building is an eight-story, 172,000 s/f property at the corner of Third Avenue and East 134th Street – the very epicenter of development activity that is creating a 24-7 neighborhood for New York City businesses and residents.

The Chetrit Group and Somerset Partners are developing 1.2 million square feet of market rate residential apartments next to The Bruckner Building.
The area also benefits from tremendous connectivity to Manhattan. The building itself is adjacent to the Third Avenue bridge, within blocks of the 4, 5, and 6 subway lines, and a 10-minute walk from the Metro North, Harlem-125th Street station.

With the completion of the capital improvement program, The Bruckner Building can accommodate tenants as small as 1,000 s/f to as large as 21,000 s/f (full-floor) users – with immediate occupancy.  In addition, The Bruckner Building is able to offer three distinct billboard signage opportunities, exclusively for the use of tenants.

According to Savanna and HCP, the space represents a value play for tenants who want efficient, creative and modern commercial space, but have been priced out of other markets.

“The Bruckner Building is at the core of one of the most active and anticipated new markets in New York – and we are ahead of the game in that we are able to bring tenants in today to take advantage of all that Mott Haven has to offer,” said Thomas Farrell, managing director, Savanna.

“The restaurants and artists are already here, along with outstanding transportation and easy access to Manhattan, and hundreds of new apartments developed by quality players are about to come on line all around us. This is an exciting time to be a leader in this market offering space that will foster creativity and success.”

Ownership has appointed two brokerage teams to work together in the marketing of The Bruckner Building. Mitchell Arkin, Omar Sozkesen and Myles Fennon of Cushman & Wakefield; and Ellen Israel, Greg Smith and Kristen Morgan of JRT Realty Group will be heading leasing efforts for the property.

“We’re confident that these teams will work together to tap the institutional and local markets to identify and secure a great roster of tenants for The Bruckner Building,” said Brian Reiver, director of leasing, Savanna.

“There is no cookie-cutter user for a building like this – we can accommodate artists, corporations, not-for-profits, light industrial, design and other users. This building has universal appeal and we are excited for the mix of tenants it will attract.”

Mott Haven is home to a growing arts community and continues to develop as recent investments in the neighborhood are set to bring millions of square feet of new commercial and residential space to the area.

The waterfront between 138th and 149th Streets has been designated as the Special Harlem River Waterfront District, with the potential for up to 1.5 million square feet of commercial space, 2,000 residential units and 500,000 square feet of community space.

Mayor Bill de Blasio announced that the City will make a $200 million investment in the waterfront redevelopment initiative.