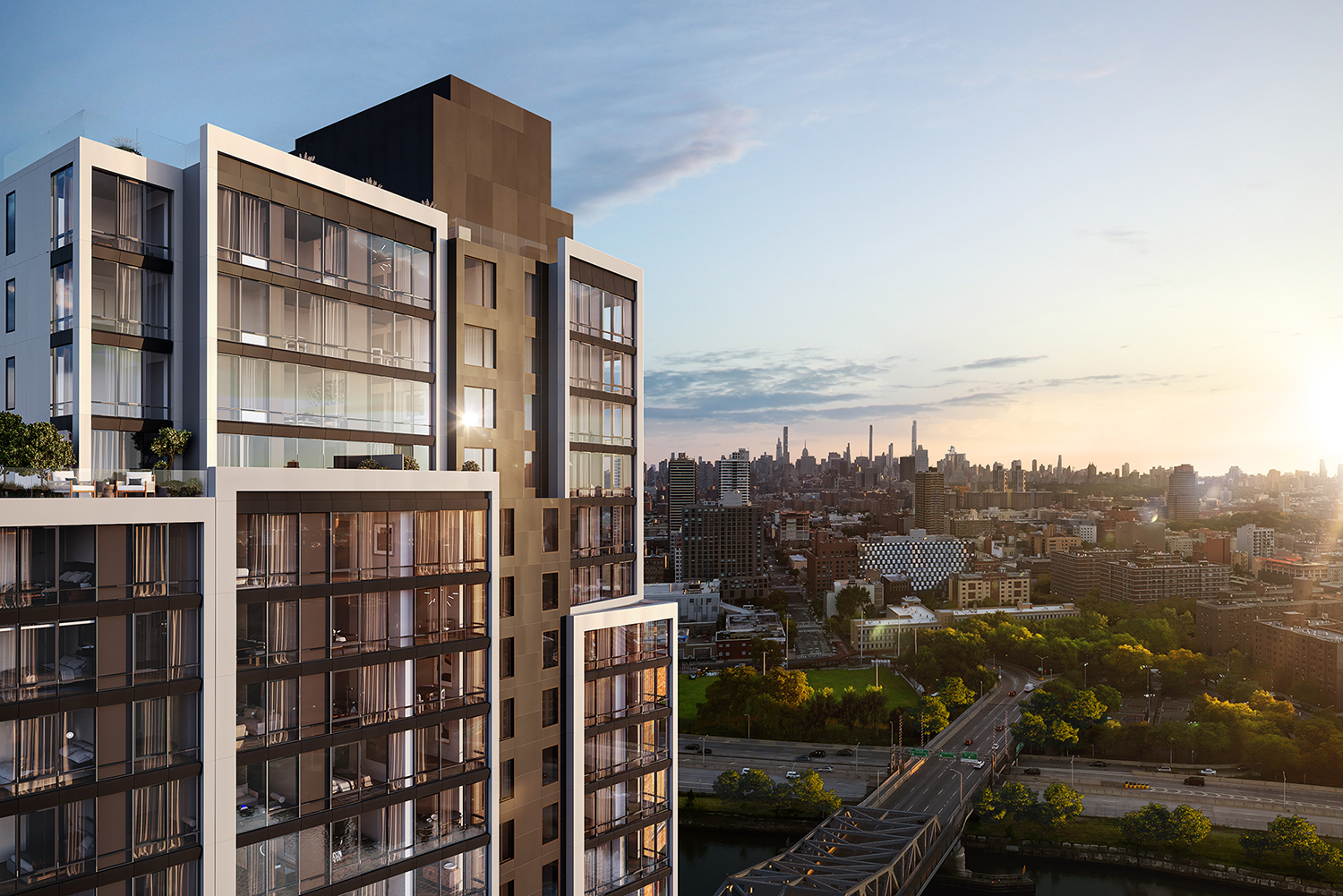 RXR, a leading real estate developer in the New York Metro area, today announced the topping out of its inaugural South Bronx development, Maven. RXR executives were joined by the project’s development team, including LRC Construction and CetraRuddy, as well as local community groups, to mark the completion of upward construction on the project. Amid Maven’s development, RXR worked closely with the Mott Haven community to increase local hiring and support economic development efforts. The project has created more than 500 on-site construction jobs, with nearly 30% of workers residing in the Bronx. The project, slated for completion in 2023, marks RXR’s first development in the Bronx.

“Today’s celebration marks a new day for the Mott Haven section as RXR’s 27 story, 200-unit, state-of-the-art residential building with 60 rent stabilized units being set aside for middle income families, will soon open its doors,” said Bronx Borough President Vanessa L. Gibson. “With homelessness in New York City reaching record levels, we are grateful to see their commitment to ensuring the fair distribution of housing that guarantees Black and Brown communities benefit in a building that comes with a full fitness center, a roof terrace with barbecue grills and a dining area, landscaped outdoor space and other amenities. I want to thank RXR, CetraRuddy Architecture, and the many community partners and housing advocates for their work in making this day possible.”

“We are excited to reach this significant milestone in Maven’s development, and we look forward to bringing more than 200 new homes to the South Bronx as soon as next year,” said Joanne Minieri, Senior Executive Vice President, Chief Operating Officer of Development and Construction, RXR. “RXR’s tradition of creating accessible, smartly designed and amenitized apartments is perfectly suited for the Mott Haven neighborhood, which has seen tremendous investment in the past few years. The South Bronx is experiencing a tremendous period of growth, and we see Maven as a key feature of an exciting new era.”

“RXR is honored to be developing much-needed apartments as the demand for housing in NYC intensifies. Today’s topping out is a testament to a strong development team, ongoing local hiring initiatives and all the incredible community partnerships RXR has made to invest directly in Mott Haven,” said Jarrod Whitaker, Senior Vice President of Residential Operations, RXR.

Maven is a new 200-unit residential tower, located at 2413 Third Avenue in the heart of Mott Haven and is situated minutes from the Third Ave Bridge and 4/5/6 trains. The 27-story tower will feature 60 rent-stabilized units for middle-income households, 81 on-site enclosed parking spaces and electric vehicle charging stations and 721 square feet of retail space planned to be leased to a local business.

RXR continues to establish its presence in the Mott Haven neighborhood, building relations with key stakeholders and making meaningful investments in the local community. In May 2022, RXR partnered with East Side House Settlement, a leading non-profit organization that has served Upper Manhattan and The Bronx for more than 120 years, to host a ‘Clothing for Careers’ distribution event in which quality, lightly worn business-casual clothing was distributed to over 200 Bronx residents who could not otherwise afford or attain them. RXR also contributed $100,000 toward the creation of East Side House Settlement’s planned commercial teaching kitchen, allowing ESH to expand its significant food security program in the South Bronx.