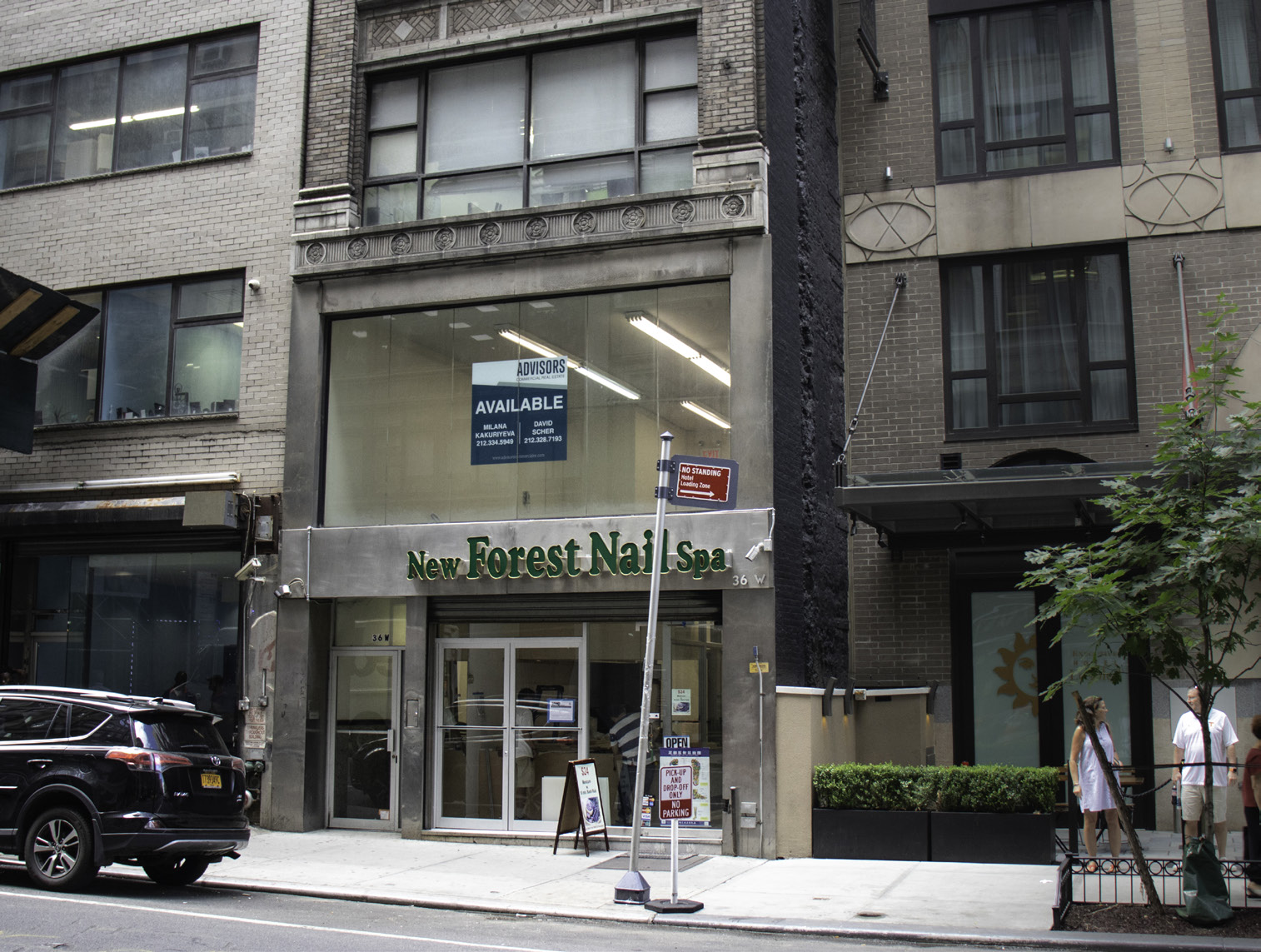 This will be the third location for the well-known Russian-based hair salon brand which currently has outposts in Moscow and St. Petersburg. The brand also boasts more than 375,000 followers on Instagram.

“Since this location represents their first foray into the United States, the opportunity to be located right off the internationally recognizable Fifth Avenue was a major draw,” says O’Toole, who represented the owner, 36 West 36th Street Assets LLC, along with Scher and Kakuriyeva.

“The Eksprovocator Hair Club team wanted to be located in the center of Manhattan and this bustling Garment District corridor, with its multitude of transportation options nearby, was a perfect fit,” adds Gang, who represented the tenant along with Turaev.

Eksprovocator Hair Club will take occupancy on December 1, 2019. The lease term is five years and asking rent was $43 per square foot for the first year.