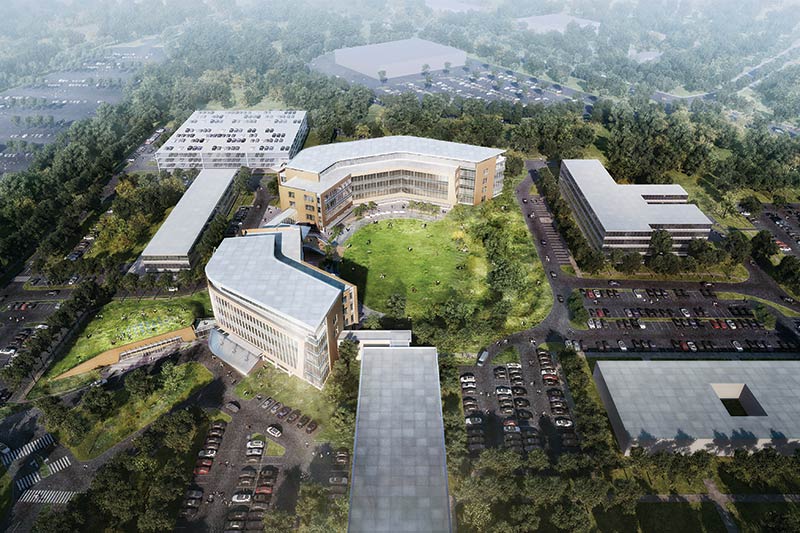 The Robert Martin Company is expanding into the life sciences/health tech industry.

He developed the NY BioHud Valley, a first-of-its-kind initiative to brand the region as a leader in biotechnology research and development and led the marketing effort that branded Westchester County as “New York’s Intellectual Capital,” a distinct identity still employed by the region to this day.

“The seeds that were planted with the launch of the NY BioHud Valley initiative are now baring fruit throughout Westchester, if not the whole Hudson Valley,” said Gottlieb.

“Now is the right time to fuse together Robert Martin Company’s significant real estate development and management experience with a high-growth industry seeking locations for expansion beyond the early stage incubators spread throughout the tristate region. I’m truly honored to lead this effort for such a legendary company.”

There are more than 80 biotech and health tech companies in the Hudson Valley region with increasing number of start-up firms and incubators.

Westchester is home to two of the nation’s largest biotech firms — Regeneron Pharmaceuticals and Acorda Therapeutics — as well as two top medical academic research facilities such as New York Medical College and the Burke Neurological Institute.

In addition, there are plans to develop a biotech mixed-use campus on the North 60 property adjacent to the Westchester Medical Center in Valhalla.