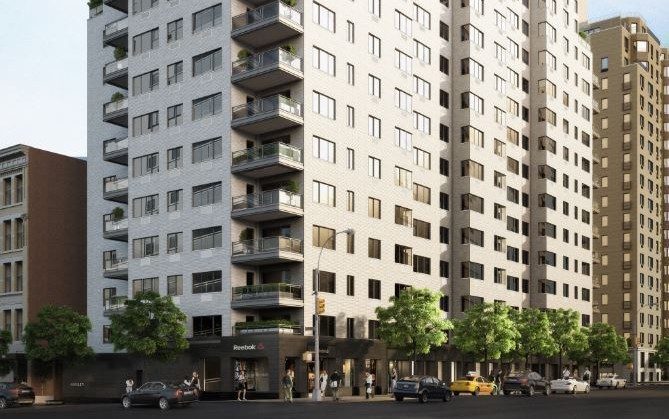 RKF has arranged two new leases totaling 4,830 s/f at the base of The Hanley, a luxury mixed-use residential building at 1140 Third Avenue in the Upper East Side.

The Hanley is owned by an entity affiliated with Crescent Heights, one of the nation’s leading urban real estate companies. Both leases follow the noted opening of Sant Ambroeus café this summer.

The specialty indoor cycling fitness studio’s new space includes 1,000 s/f on the ground floor and 2,500 s/f on the lower level. The tenant was represented in the transaction by Jonathan Burke of J. W. Burke & Company.

Oath Pizza will occupy 1,330 s/f for its first location in New York City.

The Boston-based pizza chain is renowned for its trade secret thin crust pizza dough, featuring hand-stretched dough that is grilled and seared in avocado oil.

Oath will occupy 1,030 s/f on the ground floor and 300 s/f in the lower level. The restaurant chain was represented in the transaction by John Auber of The Auber Group and Taryn Brandes and Jaqueline KIinger of SCG Retail.

Situated on Third Avenue, extending from the northwest corner of East 66th Street to the southwest corner of East 67th Street, The Hanley is a newly renovated luxury residential building with 11,000 s/f of available retail space, of which 7,250 s/f is currently available as divisible retail space on the ground floor. Current tenants include Sant Ambroeus and Thierry Rabotin.

“The Hanley is an exceptional opportunity for retailers and restaurants to join a tenant collection that is leading the way for the retail evolution on this corridor on the Upper East Side,” noted Abrams.

“Sant Ambroeus was a game-changer for us. Once we announced that they were opening a new location, we immediately saw increased interest from brands and restaurants that have had their eye on this neighborhood. The local area demographics and existing amenities are highly appealing.”