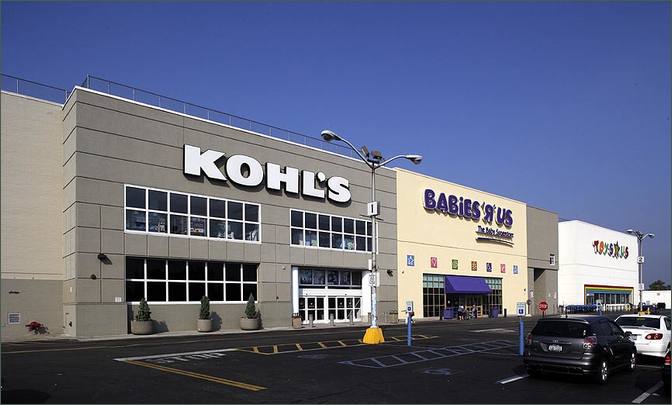 When Toys R Us went bankrupt earlier this year, it left a trail of large, vacant retail spaces in its wake, many of them in shopping centers full of otherwise successful tenants.

One such strip is South Brooklyn’s 300,000 s/f Ceasar’s Bay Shopping Center in Bensonhurst, which now has 77,000 s/f dual-level, big box retail to fill.

Gazit Horizons, Inc. — a subsidiary of the Israeli company Gazit Globe — and CBB Realty Associates, the two companies that own the center through a joint venture, have retained RIPCO Real Estate to lead the leasing effort at the former Toys R Us location.

“We invested in Ceasar’s Bay because it’s truly one of the most productive shopping centers in the U.S.,” Gazit Horizons CEO Jeff Mooallem said. “We expect strong demand for this Toys R Us and are looking forward to putting in a retailer that will cater to the day-to-day needs of the Brooklyn customer.”

Located on the neighborhood’s Bath Beach waterfront, Ceasar’s Bay featuring other Best Buy, Modell’s Sport Goods and Kohls as its remaining anchor tenants. It also has several smaller, food-based retailers such as Kohl’s, Starbucks and Five Guys. An Olive Garden is slated to open there next year.

Peter Ripka, co-founder of RIPCO, said he sees a lot of potential for the space because of its location near the Belt Parkway, free parking lot and the regional demographics. He also praised the “robust tenant roster.”

“The opportunity to market this type of space, located in one of the most-visible and highly-trafficked retail destinations in Brooklyn, affords us the ability to identify a tenant that will further position the complex as one of the premier shopping centers in New York City,” Ripka said. “We anticipate a lot of activity, because our selling points are simple: the center performs extremely well and retailers report high volumes of sales year in-and-out.”

Developed by Related Companies in 2009, Bronx Terminal Market is home to a variety of restaurant and retail tenants, and Food Bazaar — which will be the largest supermarket in the borough when complete — will add a full-service supermarket to the complex when open in the spring of 2019.

The family owned and operated supermarket is prominent in the Tri-State region, and operates from 16 locations across Brooklyn, Queens and the Bronx, as well as nine others in New Jersey, Connecticut, Long Island, and Westchester.

“In today’s day and age of retail, having your project service day to day needs of the local community will bring traffic to your development and that is exactly what Food Bazaar will do for Bronx Terminal Market,” said Avi Kollenscher, senior vice president at Related Companies.

“Bronx Terminal Market has a diverse and powerful group of retailers, so with this space, we wanted to target someone who would be additive to the existing mix. We knew a well-known and respected brand like Food Bazaar would align well with our current tenants and get the community excited,” said Brian Schuster

RIPCO Real Estate, who along with Peter Ripka represented Related in the transaction.