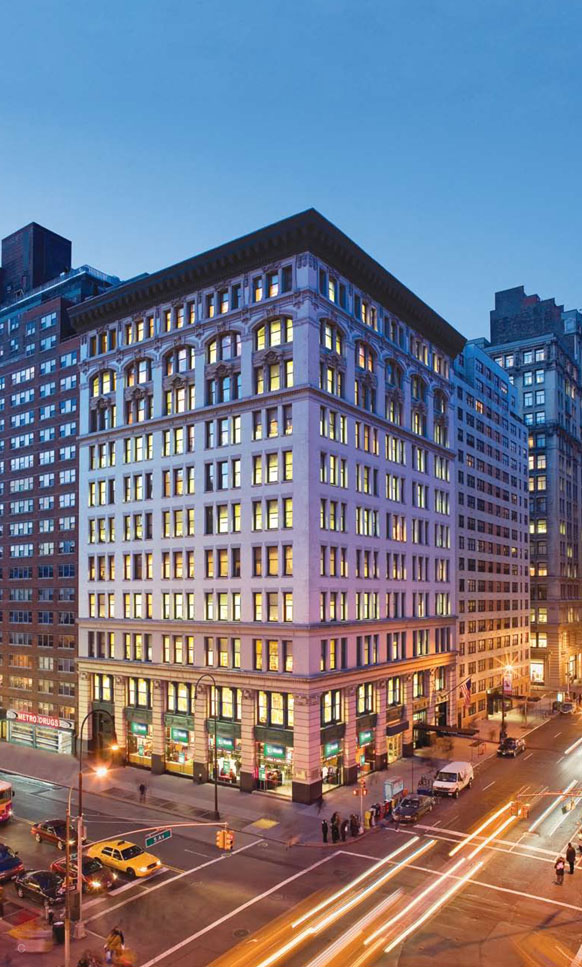 “RFR is thrilled to welcome Republic Bank to 90 Fifth Avenue,” said Claffey. “They’re growing in select markets with a focus on prominent, highly-trafficked corners throughout New York, and we’re excited to have played a key role in their expansion plans.”

Republic First Bancorp, Inc. is a Philadelphia-based bank creating a major commercial and retail bank with a distinct brand, focused on innovation and customer satisfaction.

90 Fifth Avenue serves as the headquarters for Compass, which occupies more than 100,000 s/f at the property, as well as AltSchool’s Manhattan location and TD Bank.

Adjacent to Union Square Park, the neighborhood community around the property is known for its excellent restaurants, diverse shops, off-Broadway productions, outstanding universities and hospitals, as well as its iconic urban park.