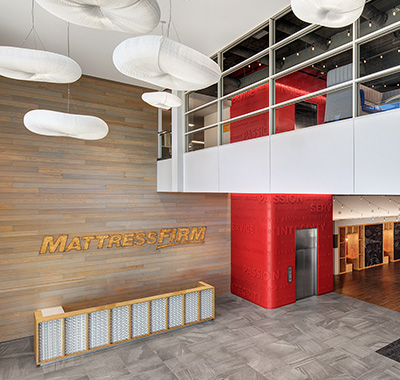 New York’s property owners will have to work with their retail tenants to dig the city back out of its coronavirus blight.

As national tenants such as Subway, Mattress Firm and Cheesecake Factory lawyer up and brace for a rent strike, a report from NKF suggests both sides need to find a middle ground in order to survive.

And city brokers agree. “Everyone has to work together and do their part whether it’s a landlord being understanding about a tenant not being able to fulfill their monthly obligations or lenders relaxing some of their obligations of landlords,” said Adam Henick, co-founder of brokerage Current Real Estate.

In their latest Market Pulse report, researchers at Newmark Knight Frank said the while the government’s $2 trillion CARES Act will provide financial relief for tenants and owners, ultimately, “asset owners and tenants will have to work collaboratively to find a path forward.”

The CARES Act will pump $350 million into small businesses but it is the $1,200 going out to every US consumer that should help resuscitate much of the retail landscape when people emerge from quarantine and start to spend again.

And while most agree there is likely to be a post-virus shopping surge, Newmark Knight Frank said many tenants are looking for short-term relief on rent payment and renegotiation of agreements to percentage rents with significant concessions.

The overall impact on retailers has varied greatly during the COVID-19 crisis, with some tenants being hurt badly due to a lack of customers while tenants in grocery, pharmacy, and essential goods and services categories are benefiting as consumers prepare for long stays at home.

According to NKF, retail tenants with large e-commerce footprints have best absorbed the economic impact from the current health crisis and stand to benefit from the relief provided to consumers by the CARES Act.

But restaurants, wellness/fitness centers and those located on urban high streets are seeing significantly reduced demand due to mandated closures and drastically reduced foot traffic. Some restaurants with robust delivery and takeout services will be able to maintain moderate levels of business.

Ariel Schuster, NFK vice chairman, predicts a post-virus demand for more warehouse space in urban locations that could include conversion of retail spaces. However, he said that this isn’t a simple undertaking.

“Fulfillment is not easy. Many retailers don’t have the know-how. But those big macro decisions will be accelerated from being two years away to being six months away,” Schuster said. “Small businesses will have to invest [in warehousing], but right now it’s about what to do in the near future.”

Schuster said one longterm impact of the pandemic will be demand among landlords for “quality” tenants. “As much as it’s about the needs of the consumer, it’s which retailers are going to emerge from this thing still strong,” he said.

“Restaurants in New York City have tremendous expenses,” said Schuster. “Wages have gone up and that’s strained a lot of businesses, so they already had their backs against the wall.”

Compass retail broker Adelaide Polsinelli believes ultimately businesses’ survival will depend on a couple of things. One is how much control they have over their spaces. Those who have landlords who are not over-leveraged will be more flexible with concessions. And without some concessions, restaurants, she agreed, will become a thing of the past.

“All of my favorite food shops are gone,” said Polsinelli. “My pizzeria that’s been there 10 years is gone. I was probably their last customer last week. My favorite Chinese restaurant on Bleecker that’s been there 20 years isn’t answering the phone and they’re not on Seamless anymore. Some are saying they can’t make money on takeout indefinitely. The messengers don’t want to do it either. Business isn’t as bustling as you’d think it would be and businesses that rely heavily on sit-down, they’re not going to sell a beer through the window.”

On the other hand, Polsinelli’s found that small business owners who own their spaces have been surviving and even thriving.

As for those with landlords who’ve recently bought a building and aren’t likely to get a break from their lenders, Polsinelli said tenants need to realize that their landlord is probably feeling as helpless as they are.

“Until the city says, ‘You don’t have to pay property taxes or water and sewer,’ they’re no different than the retailer. Just because you’re a property owner doesn’t mean you’re wealthy. Not every owner is a conglomerate or a big fund.”

That said, she doesn’t expect there will be a break on property taxes.

Any small business owner seeking some kind of concessions like free rent for three months, Polsinelli believes, will have to present a solid business plan “that they can get the landlords to buy into.”

This can be literally, as in making the landlord a partner, or in just proving their business can adapt beyond the crisis.

Additionally, she also thinks retailers who can adapt to changing times and expectations and have an online selling component will have a better chance at a future beyond the pandemic. Polsinelli is also in agreement with the NKF report on the need for more grocery providers, noting how many in her own neighborhood, Greenwich Village, have been pushed out in favor of higher-rent paying tenants.

“I’ve been waiting three days for a FreshDirect order,” she said.

Another concern of hers is predatory buying, which she believes has already begun. Though she suspects there will be reset in prices, Polsinelli is hopeful properties can mostly be saved through refinancing.

Henick said many owners are taking a wait-and-see approach, hoping for more policy and governmental guidance and assistance.

And while there’s no doubt food and medical-based businesses are thriving at the moment, he said he doesn’t know that they’ll be favored by landlords any more than other types of retailers in the long term.

“I don’t think landlords will only look for pandemic-proof tenants,” he said. “I think that would be very short-sighted. I’m extremely appreciative of the sacrifices made by the medical field, but I don’t want to put over-emphasis on CityMD, just because they’re busy right now.”

Instead, he predicts landlords will become even more laser-focused on leasing to tenants with good credit and strong balance sheets.

Another positive for the retail sector, Henick said, is that prior to the crisis, “The American consumer was in a good position. So from a bounce back perspective, it’s a reason for comfort in that the rebound can be more V-shaped as opposed to more U-shaped like other economic downturns.

“Once there’s more clarity when there’s a vaccine or things are more back to normal, consumers are still going to want to shop. Some e-commerce sales have been higher. The virus doesn’t kill brand loyalty.”