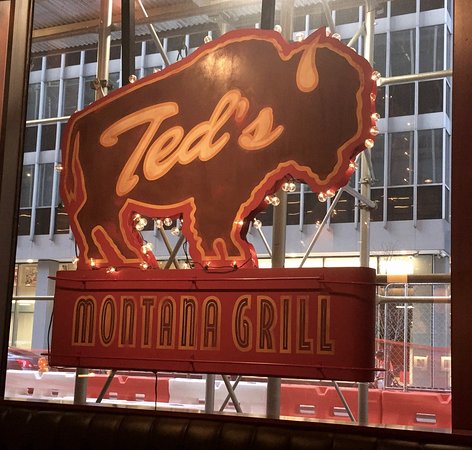 Rockefeller Group announced that Ted’s Montana Grill renewed its lease and reopened for outdoor dining and takeout at 1271 Avenue of Americas in Rockefeller Center .

The 6,106 s/f restaurant, which is Ted’s Montana Grill’s only New York location, has been in the building since 2006.

Co-founded by Ted Turner and George W. McKerrow, Ted’s Montant Grill has 41 locations in 16 states. The restaurant is known for its 19th century western appeal, focus on hospitality and commitment to sustainability.

Ted’s Montana Grill remained open throughout the recent $600 million redevelopment and transitioning of 1271 Avenue of Americas from the former Time & Life Building to the new home of AIG, Bessemer Trust, Latham & Watkins, and Major League Baseball, as well as other world-class organizations.

“We are pleased that Ted’s Montana Grill extended its lease for its space in 1271 Avenue of the Americas,” said Ed Guiltinan, senior vice president and head of Leasing for Rockefeller Group.  “Given the current turbulent retail environment, we believe this transaction confirms the desirability of the building and its location in midtown Manhattan.”

Ted’s Montana Grill is located on the south side of 51st  Street, just west of Sixth Avenue.

Big sell underway, but no buyers in NYC apartment market