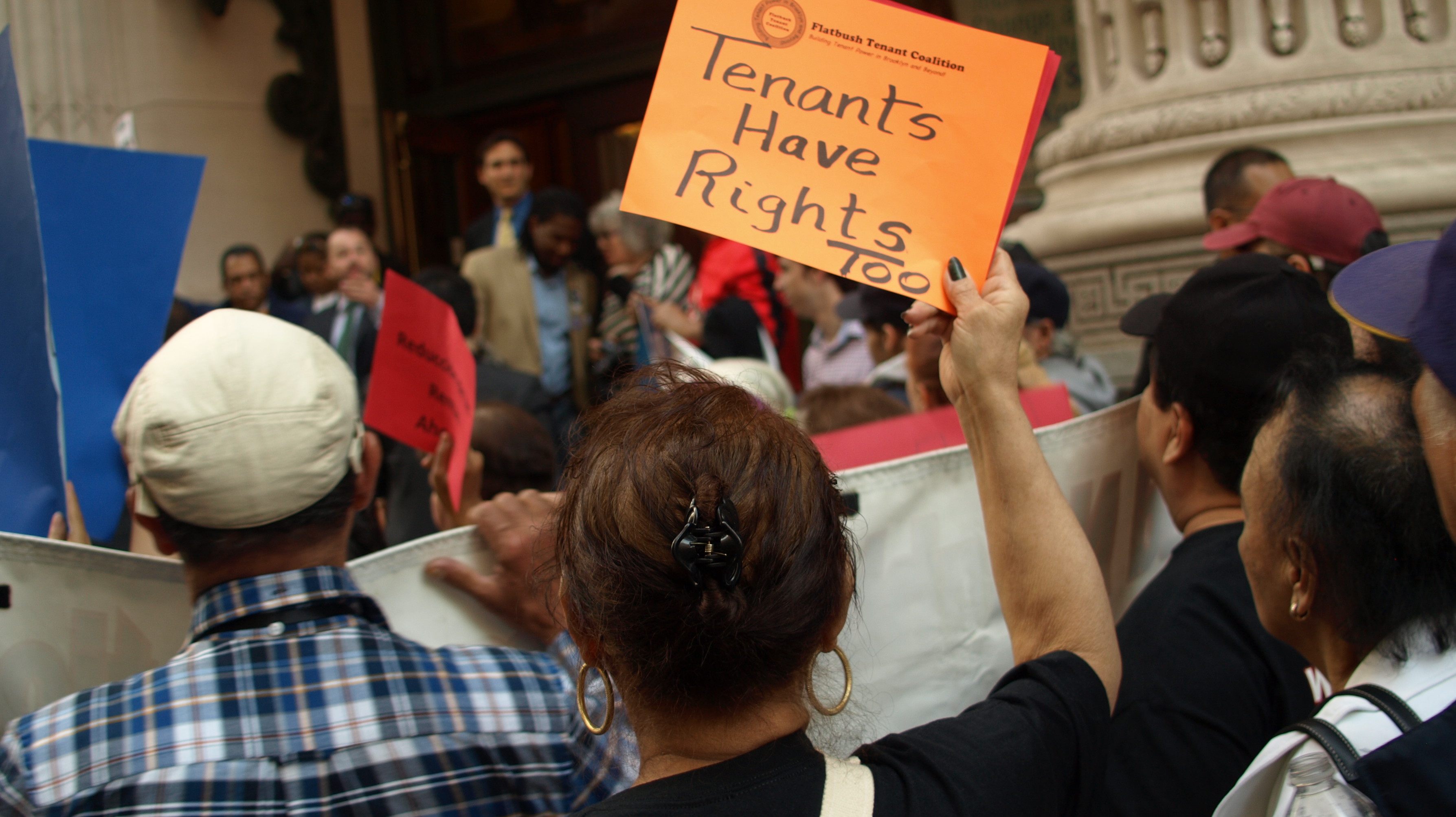 On June 26, 2015, Governor Cuomo signed into law Chapter 20 of the Laws of 2015, a complex piece of legislation covering a variety of topics, most of them having nothing to do with landlord-tenant relations.

However, that section of the Chapter 20 that does cover landlord-tenant relations carries, by law, the name “The Rent Law of 2015.”

The Rent Law covers when the law will next expire, what the new threshold for deregulation will be, how to apply the deregulation threshold, how vacancy increases are to be calculated, when to apply for Loft Law coverage, what penalties can be collected, how to calculate MCI increases, and what 421-a is now going to look like.

In the first of a series of articles, we will explain what the Rent Law of 2015 means for you.

The New Rent Regulation Expiration Date
Under the Rent Law of 2015, the rent regulatory laws, both rent control and rent stabilization, are extended through June 15, 2019. However, that does not mean the laws will end then.
If the State Legislature continues the same pattern it has shown for the past 40 years, it can be expected that the laws will be renewed then again, probably again with small changes to them.
The Rent Law of 2015 made no changes to the grounds of eviction such as nonpayment of rent, nonprimary residence, lease violations, illegal sublets, nuisance, and so on.
Particularly noteworthy, no changes were made to simplify the highly convoluted sublet laws.
It is hard to predict how the political winds will change over the next four years.
While there was only a minor retroactive effect to the law in this legislative iteration, it could be more severe next time.
We note that in this iteration, all of the changes were against landlord interests and the battle was not whether to include offsetting pro-landlord law, but how severely anti-landlord this iteration should be.

The Legislature Covered Its Own Tardiness in Renewing the Law
Under the law, the Legislature made the Rent Law of 2015 retroactive so as to erase the gap in coverage by their acting nearly two weeks after the laws expired.
However, parties who entered leases during the few days of gap could constitutionally challenge enforcement of the law to cover them as well. Those are very few people and there is no predicting how the courts will handle them.

High Income Decontrol
The Rent Law of 2015 made no change to the income levels associated with High Income Decontrol, currently $200,000 per year, but it does adjust the rent threshold to $2,700 plus rent guidelines increases.
It also made no change in the rule that it is a matter of two years in a row of exceeding the income threshold.
Thus, if a tenant can manipulate his or her income to be wealthier in alternate years and poorer on paper in the other years, so as to be below the threshold every other year, such a tenant can still artificially avoid deregulation.
Similarly, tenants who lower their federal adjusted gross income by keeping their money stashed in a corporation can still avoid deregulation.
Also, since the threshold rent rises each January in accordance with the Guidelines Increase for a one year renewal lease, if the tenant who is below the threshold rent only takes one year renewal leases, the tenant will never cross the rent threshold.
Example 1 (income manipulation): A tenant has a job that pays $175,000 base pay a year with an annual bonus of $35,000 a year. If the tenant takes straight pay without manipulation, the tenant whose rent is $2,700/month or more, shows federal adjusted gross income of $210,000 and therefore faces the possibility of High Income Decontrol. However, if the tenant arranges to receive her annual bonus from 2015 to be paid to her in January of 2016 instead of December of 2015 when her boss normally gives it to her, then her income for 2015 is $175,000 and her income for 2016 is $245,000. Thus, her income for 2015 will have been less than $200,000 and she is not decontrolled.
Example 2 (rent renewals): A tenant’s rent is $2,650. Therefore, the rent is below the threshold that can high income deregulate an apartment and the landlord cannot even attempt a deregulation. The current authorized increase for a one year lease renewal is zero percent. Therefore, when the tenant renews the lease, the tenant is still at $2,650 and no proceeding can be brought. However, imagine what happens a year from now and the Rent Guidelines Board okays a 3% increase for one year lease renewals. Now, the tenant’s rent would go up to 2,650 x 1.03 = $2,729.50, apparently over the $2,700 threshold, but that is not correct. Because while the rent for that apartment would be $2,729.50, the threshold also took an increase automatically by the Rent Guidelines Board having authorized a three percent increase in rents. Thus, under this imagined scenario, 2,700 x 1.03 = $2,781, the new threshold for 2017 under this hypothetical example. Clearly, therefore, the $2,729.50 is still less than the $2,781 and so long as the tenant keeps taking one year lease renewals, this will always be the case. The apartment will never be decontrolled.
However, if the landlord does even modest MCI’s to the building, the rent will be bumped above the threshold and the apartment can be decontrolled.

The New Rent Threshold Needs Two Tenants to Decontrol
Prior to the Rent Law of 2015, many but not all experts believed that the crossing of the $2,500 threshold that was then in effect would only decontrol the apartment for the tenant after the one who crossed the threshold.
The Rent Law of 2015 appears to lock in that interpretation and to extend it to the new $2,700 threshold.
Example: A tenant rents an apartment at $2,400 and moves out. A 20% vacancy increase takes the apartment to $2,880 for the next tenant. That tenant is still rent stabilized. However, at the end of that tenancy, the next tenant will be unregulated, regardless of what improvements the landlord effects to the apartment and regardless of if that next tenant is actually charged less than $2,700.

Rent Controlled Apartments Now Decontrol at $2,700
Under the Rent Law of 2015, if a rent controlled apartment achieves a legal rent of $2,700, called “the threshold rent,” the apartment becomes decontrolled upon a vacancy.
However, the threshold rent will now rise in every January by the same percentage of increase of one year lease renewals from the previous October.
That new threshold will be uniform throughout NYC and predictable as soon as the new rent guidelines are announced each year.
Since the Rent Guidelines Board has already announced that a 0% increase will be allowed in the coming October lease renewals, this means that the $2,700 threshold will hold steady through December 31, 2016.
Rent controlled rents can rise because of MBR increases that the landlord applies for and by MCI increases.
Most analysts are seeing the new law as an incentive that will heat up the MCI market. Few tenants will allow an IAI that has the effect of boosting the rent over the threshold, but of course, during a vacancy, the landlord does not need anybody’s permission to do an IAI.
Example 1: The rent controlled rent in an apartment is $2,300. The landlord does major capital improvements to the entire building sufficient to raise the rent to this apartment to $2,750. Upon a vacancy, the apartment is automatically deregulated.
Example 2: The rent controlled rent in an apartment is $2,300. The landlord does no major capital improvements. Upon vacancy the apartment is not automatically deregulated, unless the fair market rents in the neighborhood can be proven to be over $2,700 by establishing comparable apartments are at or above that level in the same neighborhood, subject to challenge by the next tenant.