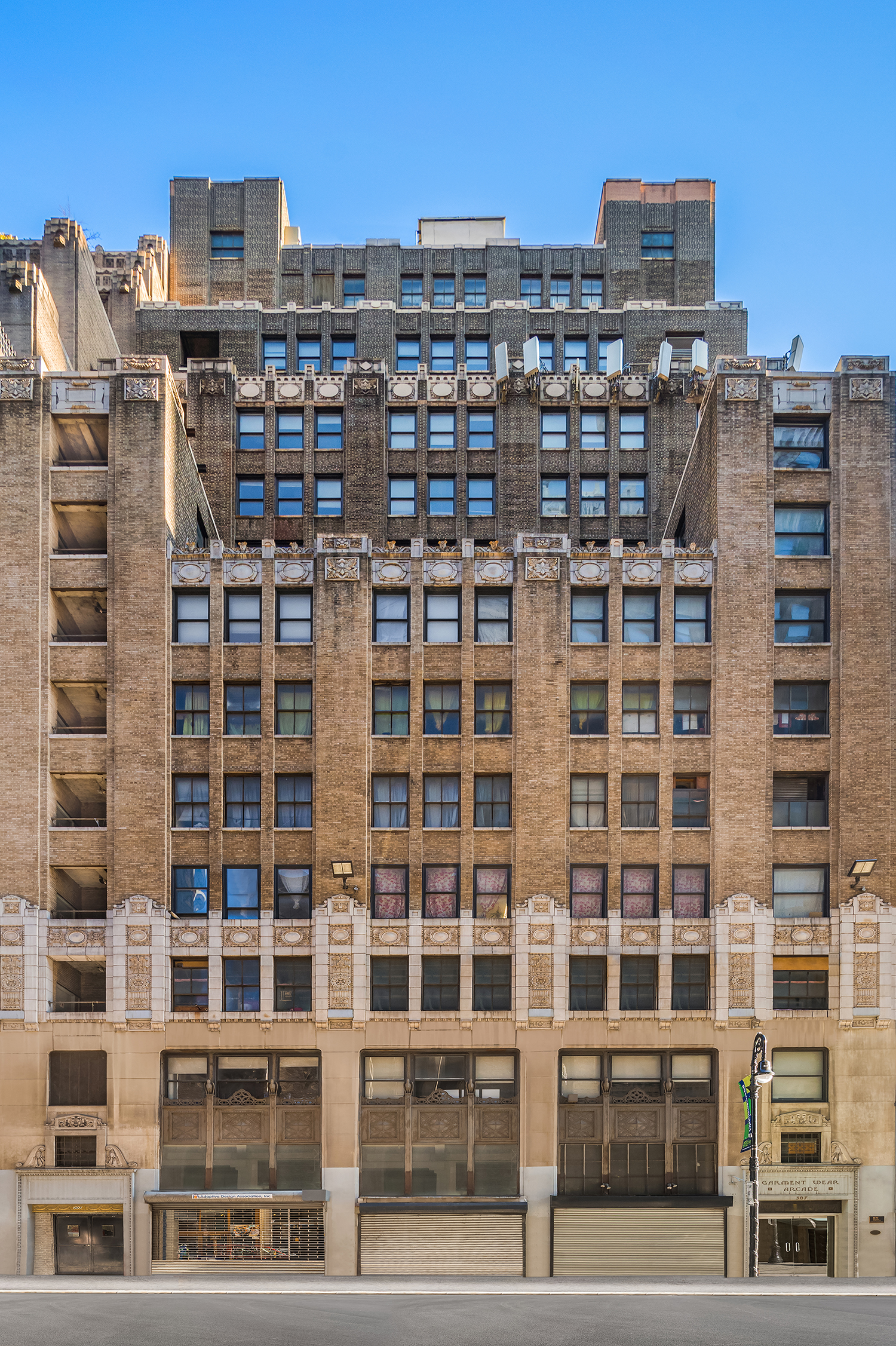 GFP Real Estate, LLC is pleased to announce that Penn and Fletcher, an embroidery company, has signed a 10-year lease for 3,400 square feet on the ground floor of 307 W. 36th Street in Manhattan’s Garment District.

Penn and Fletcher was formed in 1986 by two designers, Andrew B. Marlay and Ernest A. Smith. Known for its prominent embroidery artisans and designers, the company works on embroidery designs for Broadway and opera shows, ballet TV and film, historic homes, museums, fashion and more. Penn & Fletcher is one of the few embroidery companies left in the city and will use its new space for offices, a design showroom and a workshop.

“Penn and Fletcher was previously located in Long Island City, so its new location in the Garment Center will not only help the company be closer to its current clients but will also help the company attract new clients, as they will be conveniently located in the center of Manhattan,” said Barbara Yagoda.

Built in 1926 and known initially as Garment Wear Arcade, 309 West 36th Street is located at 307 West 36th Street. The 18-story classic pre-war high-rise building was designed by Emery Roth and offers 220,000 square feet of office space. The building was renovated in 2012 and now features a white marble lobby and entrances on both 36th and 37th street. 307 West 36th Street has become home to a wide range of tenants, from notable fashion brand Rebecca Taylor to civic design firm, Urbahn Architects and many non-profits such as GOOD+ Foundation and the Neighborhood Housing Services of New York City.

The building has various transportation links nearby, including the A, C and E trains, and the LIRR from Penn Station, providing easy access to and from the building. Situated in the center of the garment district, 309 West 36th Street is just a few blocks from Madison Square Garden and near numerous restaurants, coffee shops and bars.

What Makes a Property a Great Buy?