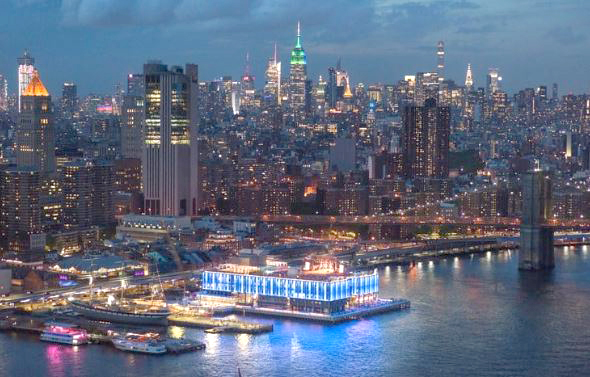 Jay Cross, the former Related president who led the company’s development efforts of the 28-acre Hudson Yards, has been named resident of the Howard Hughes Corporation.

The announcement came as part of an executive leadership shakeup that including the promotion of HHC’s Interim CEO, David R. O’Reilly, to Chief Executive Officer.

O’Reilly he joined The Howard Hughes Corporation in 2016 as the CFO, and will continue in that role while a search is conducted for a permanent successor.

Before joining Related, Cross served as President of the New York Jets and was the driving force behind the development of the $1.3 billion MetLife Stadium, the team’s joint venture with the New York Giants.

Earlier in his career, Cross served as President of Business Operations for the NBA’s Miami Heat and was responsible for the development of the America Airlines Arena. That $213 million waterfront project included the creation of a public-private partnership between the team and Miami-Dade County, as well as a development program for urban amenities surrounding the arena, driving the revitalization of downtown Miami.

Cross also  oversaw the development of Toronto’s $265 million Air Canada Centre through a complex rezoning process. The dual-sport complex is home to the NBA’s Toronto Raptors and the NHL’s Toronto Maple Leafs, and is located on one of the finest arena sites in North America, in the heart of Toronto’s downtown.

“We are extremely fortunate that Jay is joining The Howard Hughes Corporation as its new President,” said Bill Ackman, chairman of HHC. “Jay’s extraordinary development career is perfectly matched with HHC’s vision to accelerate strategic development in its master planned communities, and build the cities of tomorrow. Jay is a fantastic addition to our executive leadership team. With David and Jay at the helm, we are ideally positioned to fulfill our vision for HHC’s growth.”

As the architect and leader of HHC’s 2019 Transformation Plan, O’Reilly realized meaningful reductions in overhead, executed on the sale of non-core assets, and refocused the company on its highly profitable MPCs.

“It is an exciting time for me to become the CEO of The Howard Hughes Corporation,” he said. “Our acclaimed master planned communities are well positioned to realize significant growth from both new residents and corporations seeking walkable communities in natural settings with expansive open green space and sought-after urban amenities.

“I look forward to partnering with Jay as we continue to drive the success of the extraordinary communities in our portfolio and tenaciously pursue every opportunity to unlock the value inherent in our assets.”

The announcement comes two months after HHC unveiled its plan to redevelop an old glue factory site in the South Street Seaport as a 470 ft. twin tower apartment complex.

The developer said the $1.4 billion development at 250 Water Street will include 100 affordable apartments and renovations to the Seaport Museum.