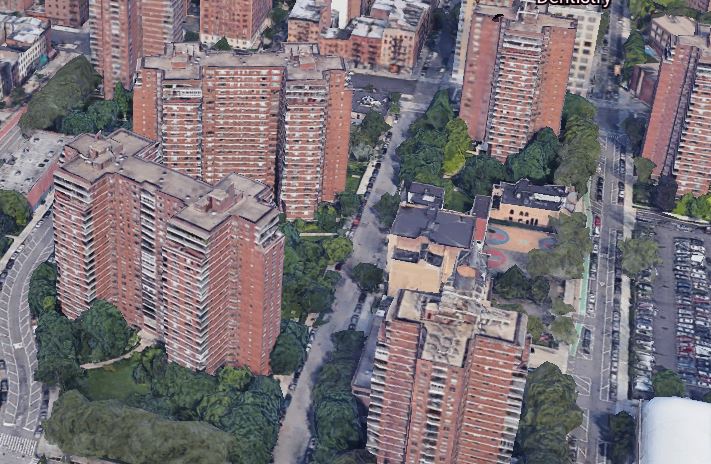 Related Companies and the minority-owned Essence Development are about to make history with NYCHA.

The powerhouse global developer behind projects including the new Hudson Yards, and the Minority Business Enterprise founded by former Related vice president and NFL player Jamar Adams, will take over the running of the 2,054 NYCHA apartments in Manhattan and complete $366 million in renovations as part of a historic deal struck with the city and the people who live there.

For the first time ever, the tenants have led both the review and developer selection process for the multi-million-dollar campaign at Fulton, Chelsea, Chelsea Addition and Elliott Houses.

Now, two years after the city first floated a plan to raze the properties, Related and Essence will instead renovate 18 buildings inside and out, create new community spaces, health centers and gardens area.

Once the work is done to the tenants’ satisfaction, the developers will get to build a new 100-unit apartment building on West 27th Street, half of which will be permanently affordable at rents recommended by the Fulton-Chelsea tenants.

“This is a historic moment for NYCHA residents that demonstrates the power of leveraging residents’ expertise alongside the resources of the affordable housing industry,” said Jessica Katz, executive director of Citizens Housing & Planning Council. “These are the kinds of decisions that directly impact their livelihoods, and it is absolutely critical that we continue to follow this model, elevate tenant voices and give everyone a seat at the table.”

The selection of the two developers follows months of often contentious debate over the future of the properties, which have fallen into disrepair under cash strapped NYCHA. After tenants balked at the plan to demolish the worst of the buildings, the city formed the Chelsea Working Group, made up of residents, elected officials, community representatives, and housing and legal organizations.

The Chelsea Working Group recommended that the Fulton and Elliott-Chelsea developments be included in NYCHA’s Permanent Affordability Commitment Together Program, or PACT, and devised the plan that will modernize 18 of the buildings and give the developers “appropriate locations” for new, ground-up buildings on land within their boundaries.

While today’s announcement only confirmed one new ground-up building that will rise on 27th Street, NYCHA has said in the past that potential new developments could add up to 700 units to the four sites that make up the complexes, half of which, under the deal, would be income-restricted affordable housing.

According to NYCHA, those new buildings would only generate about a fifth of the $366 million needed to pay for the repairs to Fulton and Chelsea-Elliott and, by moving the projects into the PACT program, the city has leverage to raise the rest of the money.

New York City Housing Development Corporation (HDC), the local housing finance agency, will assemble the financing and provide asset management and compliance for the PACT transactions. The balance of the repair bill will come via PACT through the federal government’s Rental Assistance Demonstration program, or RAD, an Obama-era program that allows private companies to manage public housing, giving them responsibility for maintenance, repairs and rent collection.

The PACT program will grant Essence and Related Companies access to the money to fund the work while maintaining permanent affordability and residents’ rights. NYCHA retains ownership and oversight of the development but shifts day-to-day management to the PACT partner through a ground lease.

Initially viewed as a back door to privatization, PACT is being embraced in New York as a way to funds a massive backlog of renovations desperately needed within NYCHA’s 179,000 apartments spread across 302 developments. To date, some 9,500 NYCHA apartments have been moved to the PACT system and are privately managed under RAD. Another 11,800 units are expected to be transferred to the program by year’s end.

“PACT is a critical component of the City’s strategy for fundamentally improving the quality of life for public housing residents,” said New York City Deputy Mayor Vicki Been.

“Today’s announcement is the culmination of an innovative and extensive collaborative process of working together with residents and other stakeholders to craft a plan to achieve beautifully renovated homes in a safe and welcoming development, and to address residents’ concerns about the changes necessary to both secure these renovations and ensure that their homes are permanently affordable, and well managed and maintained.”

Darlene Waters, president of the Elliott-Chelsea Houses Tenant Association who was part of the Chelsea Working Group that developed the plan, was among the first to celebrate the announcement today.

“I am incredibly proud of the Chelsea Working Group for our collaboration and determination to identify a partner that will most effectively meet our communities’ needs and improve our lives,” said Waters. “Our voices have guided the conversation throughout the entire recommendations and RFP processes. Bringing NYCHA residents to the table to make decisions gives us dignity, the power of choice and autonomy over our homes.”

Fulton Houses Tenant Association president Miguel Acevedo, added, “Residents should remain central to every decision that NYCHA makes for its properties, and today we are honored to be part of a group that drove each step of the decision-making process to make a substantial, lasting impact on our communities.

“We look forward to partnering with Essence Development and Related Companies to address urgent concerns, long overdue repairs and critical infrastructure upgrades for our homes.”

“Fulton & Elliott-Chelsea Houses have been waiting for, and deserve, the critical repairs and upgrades needed in their homes,” said Bruce Beal Jr., president of Related Companies. While known today as a luxury developer, Related was founded by Stephen Ross in the 1970s as an affordable housing developer and is still one of the nation’s largest private developers, financiers and preservationists of affordable and workforce housing in the country with a portfolio of 55,000 affordable and workforce housing apartment homes.

“Through our partnership with Essence Development, we will address not just the physical needs, but also complete a suite of community enhancements to ensure this comprehensive rehabilitation will deliver quality homes for residents.”

Added Adams, “We are honored to be a part of this historic project, driven by dedicated and passionate residents. We look forward to working alongside the Working Group, NYCHA and Related to undertake this massive rehabilitation project, and help create a more stable future for the community.”