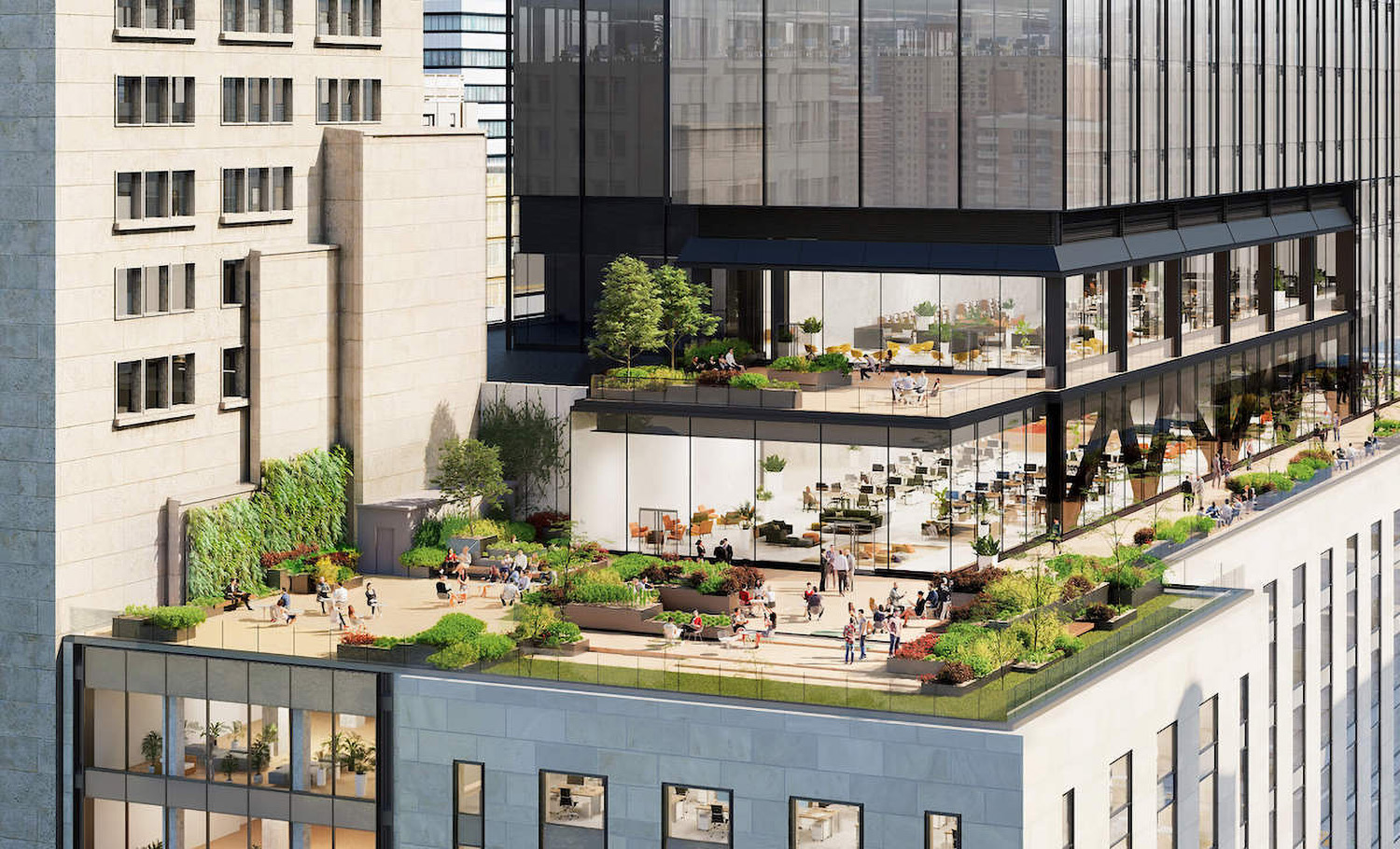 Notably, two-thirds of the 2022 transactions were new leases and relocations fueled by tenants taking advantage of still robust concessions offered by landlords of trophy properties.

Leasing activity Manhattan-wide was 24.3 million square feet in 2022.  While still well below the historic 25-year pre-Covid average of 35.5 million square feet, overall leasing volume in 2022 represented a 24% increase over 2021 activity.  As such, the $100-plus deals represent a remarkable 25% of the overall leasing activity in Manhattan in 2022.

The continued trend in flight-to-quality drove tenants to new construction and significantly renovated assets.  At the top of the market, leasing of space in new and redeveloped buildings exceeded 3.8 million square feet, representing 62% of the top dollar deals.

“The record number of premium rent leases signed in 2022 is further evidence of resiliency and relevance in top of the market properties,” said Cynthia Wasserberger, JLL vice chairman and author of the report with associates Carlee Palmer and Margaux Kelleher. “2022 revealed that many tenants elected to commit to higher-end space, while focusing on right-sizing their operations post-COVID.  The trend of ‘paying more for less’ and prioritizing quality over quantity has benefitted top properties more than ever.”

Several new-to-market buildings inked their first premium leases in 2022 as construction or renovation was completed, giving tenants an opportunity to physically tour and appreciate first-hand the modern features, attributes and advantages. These assets included 660 Fifth Avenue, One Madison Avenue, and the boutique 28&7 building in Chelsea.

Once again, the RFR-owned Seagram Building | 375 Park Ave. secured the largest number of $100-plus transactions with 17 in total, comprising 380,000 square feet.  Of these, an impressive one-third of the transactions were above $200 per square foot, setting a new benchmark in this iconic Midtown asset.  Tied for second and third places were One Vanderbilt and 590 Madison Ave. (seven deals each) and 767 Fifth Ave. and Zero Irving (six deals each).

Brookfield also secured the largest top-dollar transaction in 2022 with a 450,000-square-foot lease at 2 Manhattan West, followed by SL Green’s 347,000-square-foott lease at One Madison Avenue.  These two signature assets combined contributed to over 1.67 million square feet of premium rent leasing in 2022.

Similar to 2021, the financial services industry once again dominated the higher-priced leasing activity, contributing to over 72% of the total square feet of top tier deals. However, reinforcing a positive trend for New York City, companies seeking trophy space continued to diversify with technology and media users comprising 12% of the activity, fashion and apparel companies at 6.4%, legal at 4% and biomedical and health-related industries at nearly 3%.