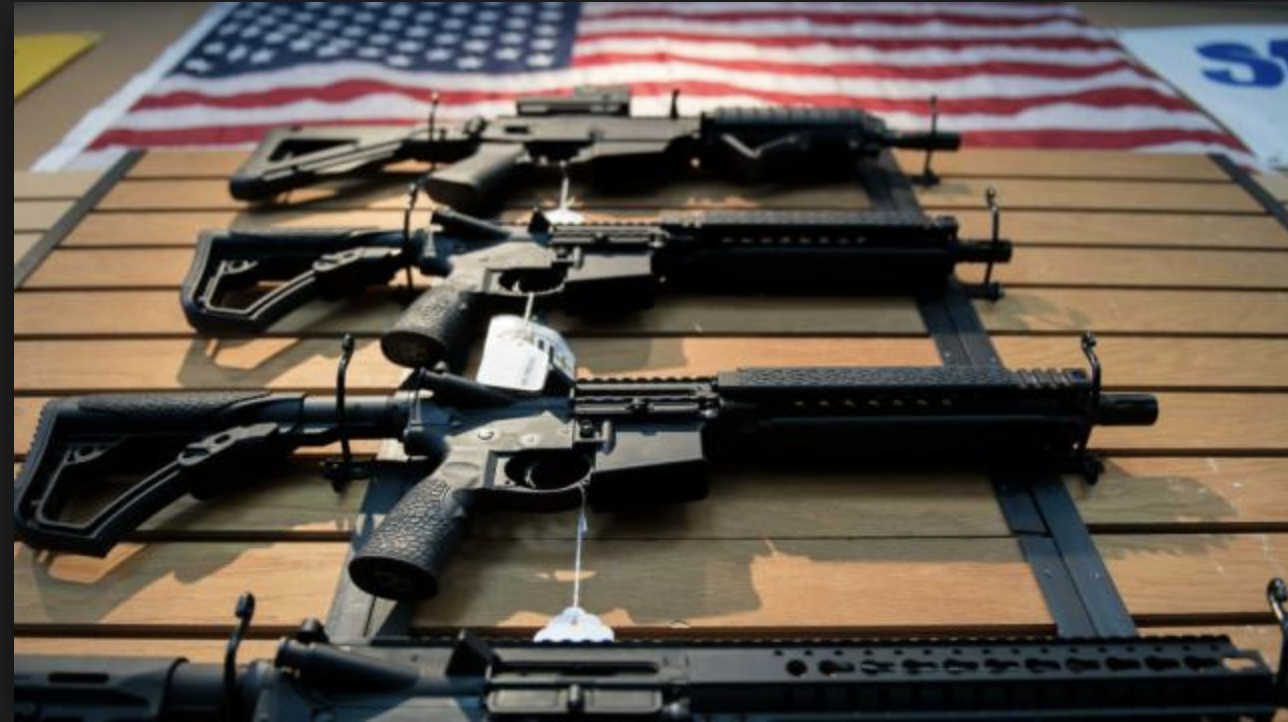 Scott Rechler has done something few of his peers in the real estate industry have been willing to do: take a hardline stance on guns.

Though he identifies as a “strong supporter of the Second Amendment,” the chairman and CEO of RXR Realty has been a vocal advocate of gun law reform since 2012.

After watching teens from Parkland, Fla., home to the most recent high-profile school shooting, rally students across the country this spring, Rechler said he believes it’s time for the business community to get involved, too.

Rechler will spend the next two months building a consortium of business leaders committed to taking steps to curb gun violence, both within the context of their own businesses and through collective lobbying at the federal level.

Pointing to Delta Air Lines’ decision to cut ties with the National Rifle Association and Walmart’s choice to raise the minimum age to purchase ammunition to 21 as examples, Rechler said there are many ways to use the free market to influence policy and counter special interest groups.

He also encourages his fellow property owners to create gun-free zones and facilitate conversations about gun safety with tenants.

Although the issue is not always discussed openly in the business community, Rechler said it is something that his peers feel strongly about. In fact, the idea for the business leaders’ initiative came about after several executives reached out to him in the immediate aftermath of the Parkland shooting.

“They wanted to start their own organizations, form their own PACs, they wanted to do something … anything to prevent such a tragedy from happening again,” he said. “But rather than starting new initiatives, we are far more effective when we are unified in taking action – especially against a well-organized opposition.”

Rechler sent out an email to his network about starting a gun safety movement, expecting 20 or so responses only to hear back from more than 200 people from across the country.

Paul Massey, president of New York Investment Sales at Cushman & Wakefield, is one of the executives who has already thrown his support behind the movement. He said Rechler’s personal initiative is what won him over, comparing the real estate executive to another businessman who ventured into politics: former Mayor Michael Bloomberg.

“It’s great that Scott is being proactive about political issues and taking a leadership role,” Massey said. “It’s a great example of, like Mayor Bloomberg, someone who’s had great success but also has great values. They’re both passionate about their businesses but their also have passion about this city and this country.”

Rechler provided names of two other New York executives who’ve agreed to join the cause but when reached by Real Estate Weekly this past week, the two men declined to comment and asked not to be identified in this story.

The movement’s collective rollout, which will take place in early June, removes the individual pressure from the leaders who sign on as well as one of the primary deterrents to political activism: backlash from potential clients, customers and partners.

Rechler experienced this first hand while recruiting property owners to participate in a memorial showcase to honor victims of last October’s mass shooting in Las Vegas.

Working with the advocacy group Everytown for Gun Safety, Rechler reached out to owners of high-profile buildings across the country to see if they’d join him in lighting up buildings in orange. For his part, he illuminated the Helmsley Building for 58 nights — one for each person killed during the shooting.

“I got some tough pushback from people who were strong second amendment supporters, who felt that when I was soliciting them that I shouldn’t be,” he said. “And then I had some companies that believed in it or wanted to support it but were afraid to take that kind of stand or were shut down by a higher authority.”

Massey, who shifted from the private sector into the public’s eye when he sought the Republican nomination in last year’s mayoral election, said he hopes more business leaders will move to the political front lines.

“The current climate really shows us that we have to be thinking of political leaders in a new way,” Massey said. “We need to consider who they are, what they stand for and what their experience is. It should be an active conversation.

“I see him exhibiting leadership on this and I’ve been impressed by that,” he added. “It’s still early stages, but I expect it to gain momentum fairly quickly.”

The Real Estate Board of New York, the industry’s leading advocacy group, has not taken a formal stance ON the ongoing federal debate over gun ownership, which touches on, among other things, stricter background checks, a higher age limit for gun ownership and a potential ban on high-capacity rifles.

However, REBNY President John Banks did come out against the Concealed Carry Reciprocity Act last year, which would have allowed permitted citizens to carry weapons in New York City. At the time, he said, “the best self-defense of all is to keep guns out of New York City.”

Earlier this month, Rechler hosted an event along with Everytown for Gun Safety, Mom’s Demand Action for Gun Sense in America and the Drum Major Institute, an organization founded in part by Martin Luther King, Jr. The event, held on the 50th anniversary of King’s assassination, focused on the dangers of gun violence and featured a mother whose son was killed in the Parkland shooting.

Rechler said he felt compelled to join the push for gun law reform after the Sandy Hook Elementary School shooting of 2012.

“For me, it was really after Sandy Hook, watching 20 six-year-olds get brutally murdered and thinking that, oaky, now we’re finally going to do something to address this madness,” he said.

“But even then, with a president willing to use the full power of his office and a vice president tasked to do everything he could to get Congress to act, still nothing got done. That’s when I felt I had to get involved.”