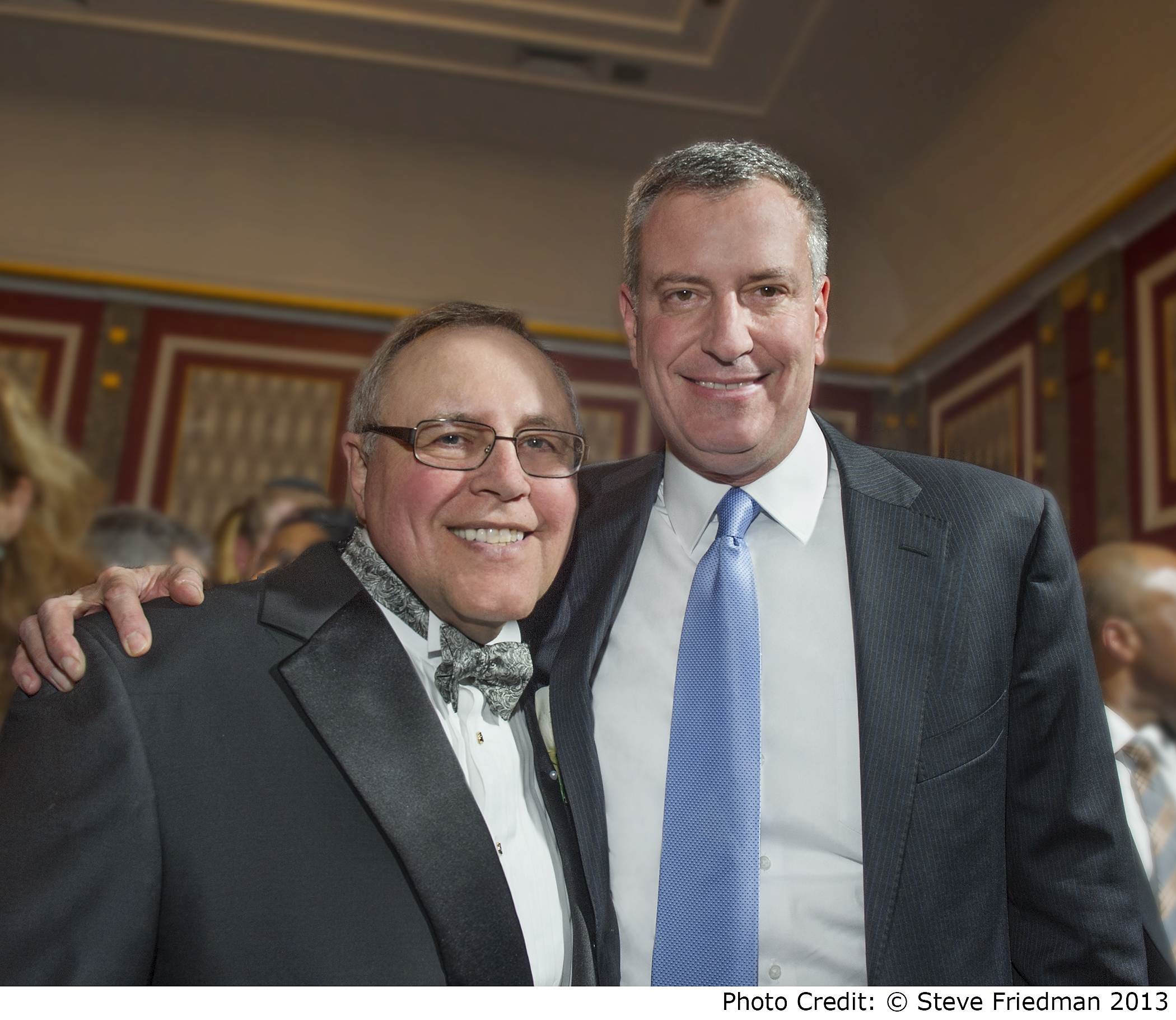 The Real Estate Board of New York (REBNY) rolled out the red carpet for Thursday’s 118th Annual Banquet held at the New York Hilton. The exclusive event drew in many of New York City’s most influential industry leaders, elected officials and hundreds of the city’s top real estate professionals to celebrate 2013’s accomplishments and opine on the outlook for 2014, which promises to be another exciting year in real estate.

REBNY’s Annual Banquet has been touted as the industry’s most important networking event of the year.  Industry insiders often cite the noise level at the banquet as an indicator of how the market will fare in the coming year and all signs point to 2014 being a busy and productive year for the real estate industry.

“The number of public and elected officials at the city, state, and federal levels who attend the Banquet each year is a true sign of the industry’s importance to the City,” said REBNY President Steven Spinola. “We look forward to working with the new administration, accomplishing our goals, and seeing our members succeed in 2014.”

Commenting on Mayor de Blasio’s ambitious housing goals, REBNY Chairman Rob Speyer added, “Our members stand at the ready to help Mayor de Blasio in his vision to build housing for all New Yorkers.  As our city’s needs are ever-changing, we, as an industry, will be adaptable. REBNY believes our housing policies must reflect changes in our communities across every borough.”

In 2011, REBNY started a new tradition at the Banquet – presenting an educational video on major industry issues. This year’s video, “Building a Sustainable New York,” points out that the real estate industry helped reduce greenhouse gas emissions in New York City by 15% since 2007 and outlines the challenges ahead in greening the city’s buildings. The video will be available on REBNY’s website,www.rebny.com.

The pre-dinner, cocktail hour benefiting the REBNY Foundation and hosted by the REBNY Board of Governors proved once again to be one of the most popular attractions of the evening with more than 450 people filling the packed room where attendees were standing shoulder-to-shoulder.

Networking continued throughout the evening as the six honored industry leaders were presented with their esteemed awards.

Award winners at this year’s REBNY banquet were:

“I continue to be impressed by the outstanding achievements the leaders in our industry make each year and the impact their contributions have had on our community and City,” Mr. Spinola added.  “Their accomplishments are inspiring to all of our members and the Banquet proves to be an excellent opportunity for them to get started on deal making for the year. We are looking forward to see what 2014 will bring.”