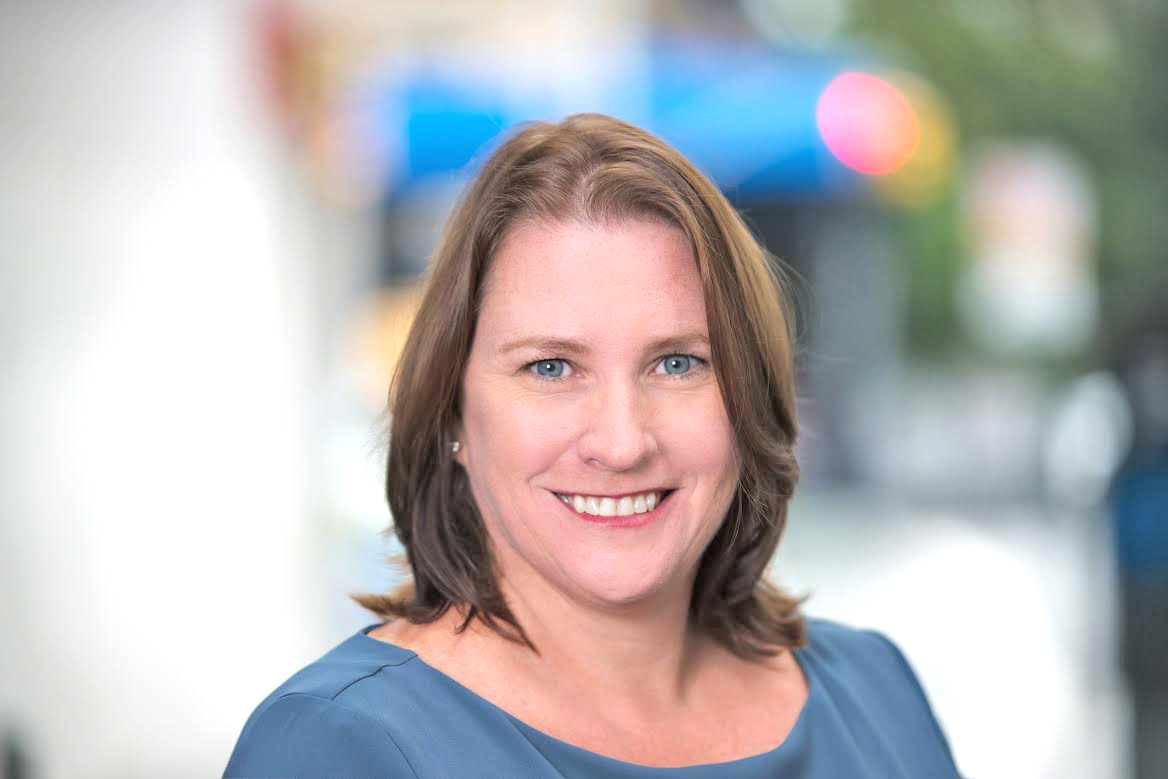 From an early age, Klara Madlin Real Estate’s co-owner and partner, Ann Ferguson, has learned how to adapt to different environments.

Ferguson was born in South Africa, grew up on the island of Bermuda, and attended boarding school in England.

She first came to the U.S. when she attended college at Principia College, a small liberal arts school in Illinois that her sisters also attended.

“I knew I wanted to do marketing, I don’t know why,” Ferguson told Broker’s Weekly. “I just loved the advertising and marketing classes.”

Ferguson graduated with a degree in business administration and marketing, and set her sights firmly on Hollywood.

“I immediately wanted to go market movies and do something fun,” she said. “I jumped on a plane, went to L.A. and got a job. It was a lot of fun.”

At Warner Brothers, she did marketing for several Mel Gibson films, including Mad Max, and the first two Lethal Weapon movies. She moved around within the company, working in the home video department as marketing manager, and working on a made-for-TV movie called The Flash.

Ferguson then decided to move across the country for a not uncommon reason — love.

“I moved to New York from LA because I married a guy,” she said.
Wanting to stay with Time Warner, the parent company of Warner Brothers, she was able to find a position within the company that she liked but that was a departure from movies – she decided to work in music.

Ferguson was hired as director of international marketing at Atlantic Records, which unlike her previous job, required a huge amount of travel. She accompanied artists on the Atlantic Records label around the world, making sure they made their TV and radio appearances. Those rock stars included No Doubt, Snoop Dogg, The Wallflowers, Mick Jagger, Rush, and Led Zeppelin.

However, her enviable job wasn’t without its downsides.

“I mean, dragging an artist out of bed at 11 a.m. who couldn’t wake up and was in a fog and had an appearance at 10 a.m.; it was kind of babysitting rock stars,” she said. “It was great, it was horrible. The job was interesting, but that part was horrible. You’re responsible for doing what you cannot really do.”

She did point out that not all of the artists were difficult. In fact, the more successful, the easier they were to deal with.

“No Doubt, the band, they did everything the way they should,” she said. “It was the ones who hadn’t quite made it yet that were the hardest. So I had good training for real estate.”

After six years at Atlantic and Interscope Records, Ferguson faced a crossroads. Interscope was consolidating its offices and would be headquartered in L.A. She could move across the country and keep her job, or stay in NYC and be bought out of her contract. She decided to stay.

“I had been in New York for a while and didn’t want to move to L.A. and had just bought a condo on the Upper West Side,” she said. “It was like, this is my home.”
After purchasing her condo, she realized how much she enjoyed the process of buying real estate, and her next career was born.

Ferguson originally thought she’d be buying and flipping homes, but she quickly realized it was not as easy as it sounded. She found her home at Klara Madlin Real Estate after looking at real estate agencies near her home on the Upper West Side.

“We got along really well and I liked that it was a small boutique firm and she was very honest, and after working in the record industry, I really appreciated that,” said Ferguson of Klara Madlin. “The big firms were too corporate, I was done with that after working for Time Warner. I said, ‘You know what, I want to work for myself and be a bit more independent and do what I wantʼ.”

She joined the firm as an agent in 1999. Six years later, she became a partner and co-owner of the company.

“In music, you don’t know what kind of band you’re getting – it’s all kinds of people from all different backgrounds, and you learn how to relate to people on different wavelengths than yourself,” said Ferguson. “Real estate is the same thing. You’re meeting daughters or grandparents, from all different backgrounds, different ages, looking for different things. It’s like this puzzle and you take each case as it comes and help them find what they need.”
When she first started out, she found the rollercoaster of real estate cycle difficult to get used to.

“I found it nerve-wracking,” she said. “You always think there’s never going to be another deal, and I was used to being on a salary with benefits, it was like, this is a little scary. But it’s fun, because you work for yourself and the harder you work, the more income you make.”

She soon learned to stash away money after a big closing instead of spending it all, knowing there would probably be a dry spell. And her confidence built up after every deal, as well as her client base.
“It’s been great, I’ve been selling to the same people for years and years, and they refer you to all their friends and that solidifies your base,” she said. “And you learn more, the more you sell in different buildings. Your knowledge base grows and grows, and you can find a solution for any puzzle.”

One of her proudest career moments came in 2012, when Ferguson won the Deal of the Year award at REBNY’s annual residential awards show. She credited her firm’s positive environment as what has helped lead her to success.
“We have a really nice collaborative company where everyone works together and we can ask each other for help,” she said.

Ferguson, who lives in Atlantic Beach on Long Island with her husband and son, is looking to expand her firm to 20-25 agents, from the 15 they currently have now, but still keep the “boutiquey feel” and collaborative atmosphere.

These days, though Ferguson mostly works in sales, she also does deals ranging from small rentals to multi-million dollar sales. Her firm was just appointed as exclusive agents for the developer HAP, which is on a building spree, and expects to build 8-10 buildings in the next three years that Klara Madlin will be the brokers on.

“They’re both rewarding,” she said. “Even on smaller deals, helping someone find they’re first home is great. Then they get married and they sell the home and buy a new one. It’s like you’re on a life journey with people you work with, and it’s fun to see the evolution of these people over the years. It’s relationship building which I find fulfilling.”

Cuomo, De Blasio unite on worries over expiration of 421-a