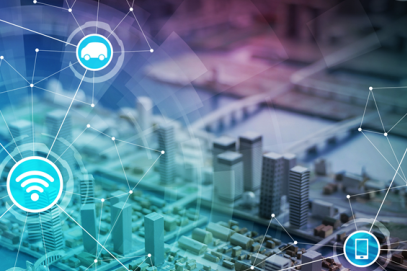 Momentum for real estate tech companies is barreling forward after a $13 billion year and a strong trend so far this year.

The most recent big investment was for smart access startup Latch, which raised $70 million in Series B financing led by Brookfield Ventures.

An announcement last week noted that Brookfield Properties will be equipping their new multifamily properties with Latch technology.

“This investment from Brookfield Ventures further strengthens an already deep strategic and financial partnership between our companies and will enable Latch to meet the incredible demand for our systems,” said Luke Schoenfelder, Latch’s co-founder and CEO.

“We are also grateful that our existing investors have committed so much additional capital in this latest round, which is a true testament to our team and technology.”

The latest Latch financing represents a drop in the bucket for investments into real estate tech companies. A major chunk of last year’s funding came from the Japanese company SoftBank, which pumped $450 million into the real estate startup Compass. But while Compass saw a major investment, WeWork claimed top spot for funding with $4.4 billion raised in 2017.

Camber Creek, the venture capital firm which invested in Latch and several other real estate tech startups, felt that this massive growth was expected.

“The stakeholders in the real estate space have woken up to the fact that IT in real estate is more than just your cellphone or computer,” Jeff Berman, a partner at Camber Creek, said. “There is a digitization of our industry that is long overdue.”

As well as Latch, Camber Creek led the $4.5 million in funding raised in July by Nestio, a marketing and leasing tool for landlords, and the sustainability management startup Measurabl, which raised $7 million in April.

“When you have the largest asset class in the world and you think about that in terms of the sheer availability of opportunity, the money is going to flow that way,” Berman said of the market. “As the industry as a whole wakes up, the amount of opportunities exposed is enormous.”

While 2018 is shaping up to see another strong year of funding, Berman said it’s hard to predict where the final amount will fall.

Looking further down the line, said that, if the economy holds steady, the real estate tech industry will continue to see growth in the amount of funding coming in and companies who are interested in investing.

In it’s mid-year 2018 PropTech Index, early stage acceleration firm MetaProp found that 96 percent of investors are planning to make either the same number or more PropTech investments in the next 12 months compared to the previous 12 months.