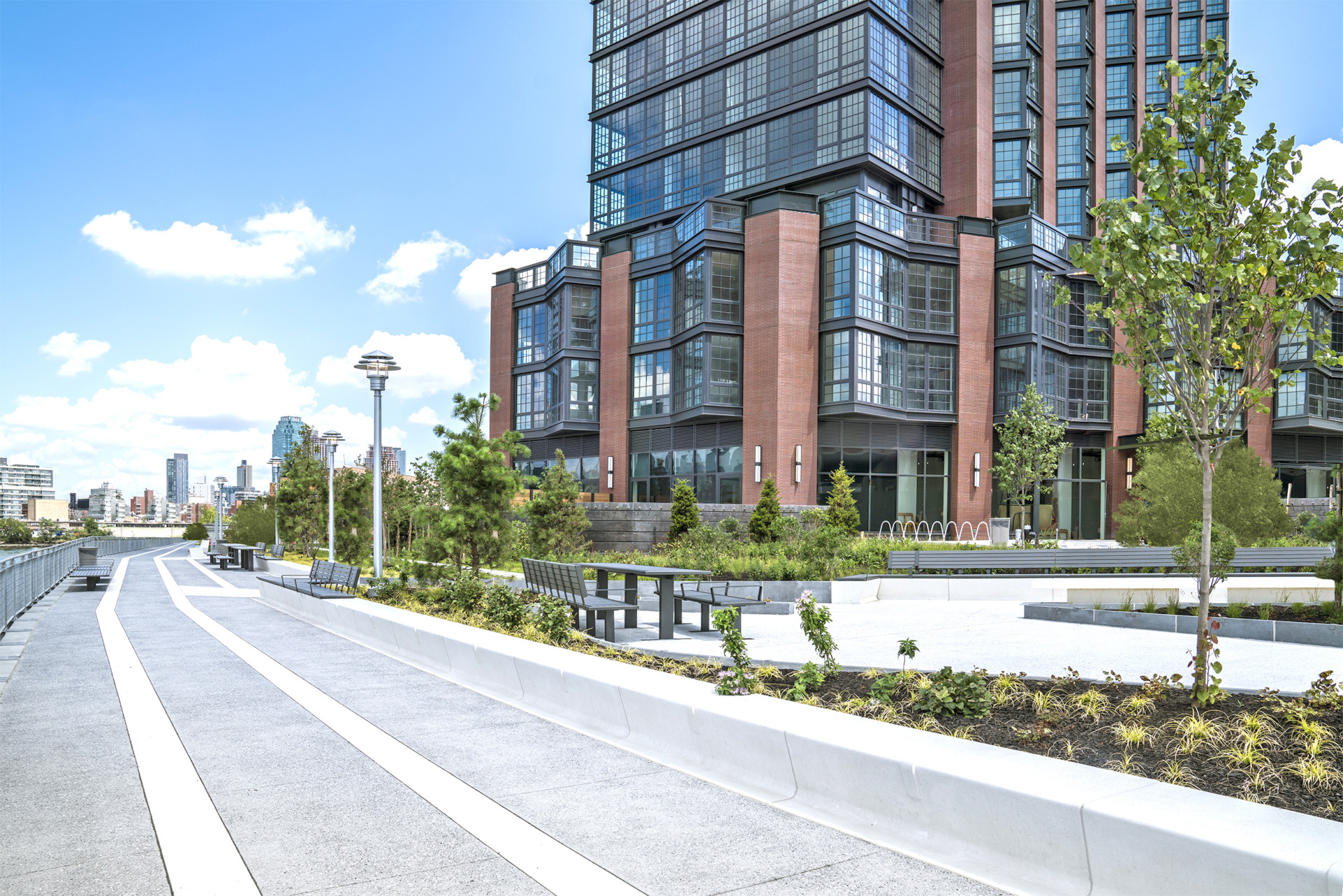 One Blue Slip is the first of four development sites Brookfield is developing in a joint venture with Park Tower Group at Greenpoint Landing. The second building is expected to open next year.

Simultaneously with the opening of One Blue Slip, 1.5 acres of adjacent sustainable public open space designed by James Corner Field Operations has opened, unlocking this stretch of Greenpoint waterfront to the local community for the first time in generations.

“Together, the opening of One Blue Slip and the first section of Greenpoint Landing’s waterfront esplanade will provide a great new place to live and a world-class destination for the Greenpoint community to enjoy, a major step forward in realizing Park Tower Group’s vision for Greenpoint Landing.”

“We’re proud that Greenpoint Landing is part of such a vibrant community and over the next several years we are excited to bring more housing – including affordable housing – storefront local retail, and more resilient public open space to the neighborhood. We look forward to welcoming the community to the first stretch of public waterfront in the coming weeks!”

One Blue Slip reflects was designed by Handel Architects. Amenities include indoor and outdoor lounges, a yoga terrace, gaming room, fitness center, bar with a terrace, a children’s playroom, and co-working space.
Douglas Elliman Development Marketing is overseeing the leasing and marketing efforts for studio, one-bedroom, and two-bedroom units with rents starting at $2,600.

Greenpoint Landing is situated along a half-mile of East River waterfront and is being developed by Park Tower Group.

In 2005, the City of New York designated the site for residential use under the Greenpoint-Williamsburg rezoning.