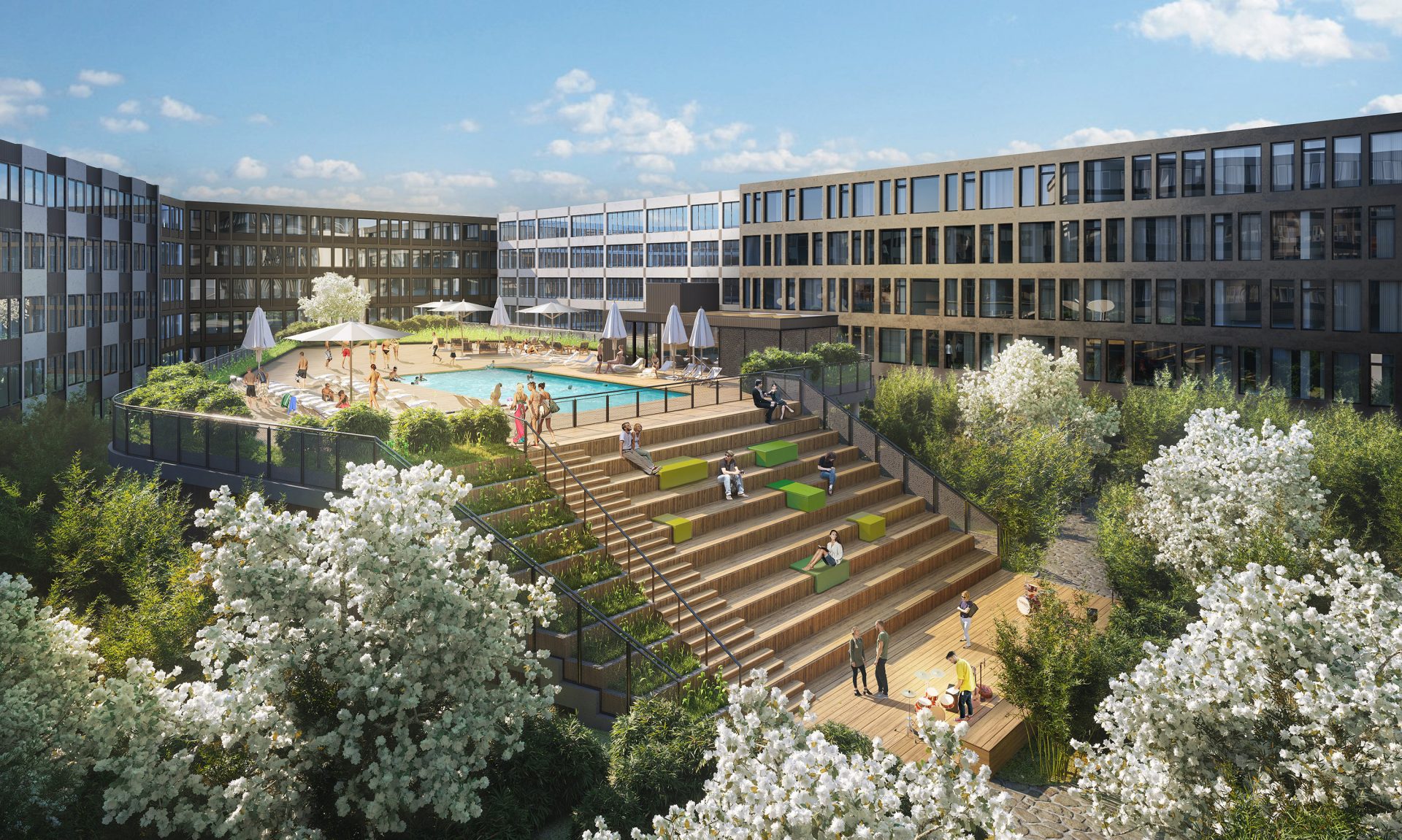 Proof of the good life

Developer Dave Barry takes his home building very seriously. He had an idea to balance modern lifestyles with price and came up with Urby. Then he tested it for “proof of concept.” He’s now on his fourth Urby and braced for a national expansion of the brand.

He believes the key to Urby’s success has been its big focus on “community” and challenging conventions that previously separated space. “In this digital age, we set out to create a paradigm for how to develop a different way of living and it has taken hold.”

So much so, Ironstate, and their sometimes partner Brookfield, has been approached by property owners across the country to build there. So far, they’ve built four, the latest in Stamford, CT.

Operating under the core premise that community space correctly utilized can be the beating heart of a building, each Urby is the same, but a little bit different.

“Before we came up with Urby, the residential product that was being built across the different markets was not very inspired. It was pretty generic,” said Barry.

“No-one was rethinking the space inside and how to play with modern themes or the concepts of community and public spaces that resonate with people.”

Having worked in the hospitality sector, Barry believed he could bring a taste of that environment to an apartment building

“I believed apartments could have hotel qualities and we started out by looking at the spatial requirements and what we could do to make the space better; we thought about food and beverage concepts and creating programming to engage people.”

In 2016, Staten Island Urby opened to as much curiosity as fanfare as the industry watched to see whether a farmer-in-residence, in-house chef, rooftop beehive colony, public cafe and a focus on sustainability would draw renters to the North Shore.

It was an almost immediate hit, particularly among young professionals, and today remains as popular with residents as it does locals who flock to the complex for its boutiques, cafe and restaurants.

“The public spaces really came alive and it became a community very quickly,” said Barry. “Once we had proof of concept, we started looking at other markets.”

In Stamford, the lobby houses local coffee shop favorite Roost, which is open to the public and residents alike and used at nights for in-house events.

BAS SMETS has created an urban garden in the center of the currently U-shaped property that has 464 apartments. It is the showpiece of the complex. The edges are carpeted with bamboo that can grow up to 12 ft, affording privacy to ground floor units while offering strollers a taste of the countryside. Paths wind among firepits and grill stations and a stadium-seat step leads up to a saltwater pool.

The gym is connected to the courtyard space and is open 24 hours a day. The Urby Kitchen has a prime location there and can be accessed from the gardens for community gatherings or from inside the building for quiet dinners, grab-and-go healthy snacks and the occasional farmers market.

Both the Dutch and the French designers have crafted what Barry calls “a little Moroccan” flair to the lobby, mail rooms and common working spaces.

There are 194 studios, 187 one-bedrooms and 83 two-bedrooms, a configuration the developer came up with through market research.

“Part of what we’re doing is geared to people starting out in their first apartments,” said Barry. “Very typically, we weigh the Urby towards studios and one bedrooms. When it comes to choice, it’s usually an affordability issue, so we try to look at where the market is and create interior layouts that separate sleeping and living areas and let in as much air and light as we can.”

Whatever the trick, it works. Even the studios, which start at 450 s/f, have dividing walls, pocket doors, large windows and specially crafted closets that do create the illusion of more space.

Residents have already moved into the first phase of 464 apartments and a second phase of 184 additional apartments will close that u-shape design to create a truly hidden central garden.

The Urby is located on a four-acre site at the corner of Greyrock Place and Tresser Boulevard in Downtown Stamford. Residents can walk to the Metro-North station and there are restaurants and shops in the nearby mall.

What all of the Urby’s have in common is a big emphasis on resident programming and the Urby Culture Team creates and hosts get-togethers, food and music events, and invites local experts over to share their expertise with residents, from flower arrangement to brush lettering.

More than its crafty design and green amenities though, Barry believes it’s Urby’s “vibe” that keeps it popular.

“We try to build in places that have a good transportation network and are connected to jobs, but not necessarily in the center of things,” said Barry. “We want to balance creative placemaking with community and a rent structure that works for people.

“Stamford has all that and a lot of cultural attributes in terms of restaurants, shops, galleries and walkable space. While the building itself provides people with a home filled with a sense of community, our onsite team is always looking to push the envelope in terms of partnering with local businesses, offering new experiences and bringing the outside in.

“All of those things combined are what I believe today’s tenants are looking for as they look for ways to be themselves within their community.”

Ironstate is already working on approvals for the next Urbys, which will be in Long Island City, Journal Square in Jersey City, and Newark. There are also plans on the drawing board to open in Dallas and Washington DC, and Boston, Texas and San Francisco are also on Ironstate’s radar.

“It’s an opportunistic kind of industry,” said Barry. “It’s not always scientific, but we’ve been focused on making Urby a brand from the very beginning. I wasn’t sure where it would take us, but the fact that we are being approached property owners across the country tells us there’s a demand for creative concepts in different markets where we are walking that line between hospitality and residential.

“We’re not just building, we’re learning with every new Urby and evolving as people respond to different things. I think that’s a reason we get a lot of attention and why we’re being asked to go to different areas, which doesn’t typically happen.

“We’re thrilled we’ve been able to introduce Urby to Stamford and can’t wait to see how the story continues.”

Rents at Stamford Urby start at $2,175 for a studios up to around $3,010 for two bedroom apartments.

Who wants to build on NYCHA land?