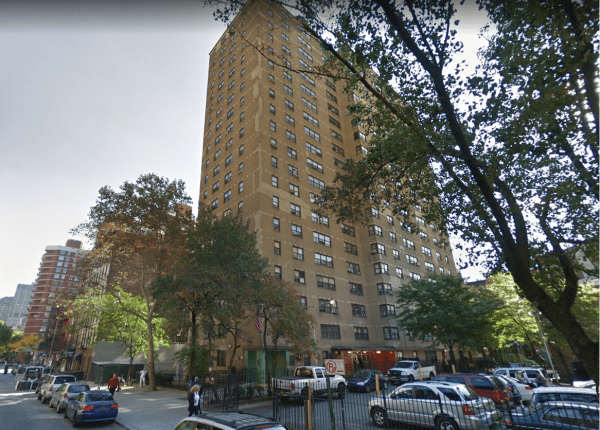 A private development group has secured $271 million in funding to make repairs to 1,718 public housing units.

The New York City Housing Authority announced yesterday (Monday) that is had closed the financing deal with PACT Renaissance Collaborative as part of its program to raise money to overhaul is dilapidated portfolio.

Under the new deal, NYCHA will lease the land and buildings at 16 NYCHA properties to the JV and the Housing Development Corporation (HDC) will oversee the loan made through a specially created bond program. PRC is the borrower and the loan will be administered by Wells Fargo Bank.

In return, the JV becomes the property manager responsible for making all repairs to the properties and operating the apartments under the federally funded Project-Based Section 8 program for the duration of the lease.

New York City Deputy Mayor for Housing and Economic Development Vicki Been called the program “mission-critical” to improving the quality of life for public housing residents.

“This partnership will inject needed capital and community resources to fund comprehensive repairs, while upholding the strong resident rights and protections that ensure all New Yorkers may continue to live and thrive in the neighborhoods they call home,” said Been.

Nearly 3,000 units of public housing in Manhattan are set to be turned over to new management as part of the PACT program this year. Under current plans, by the end of 2028, about a third of NYCHA’s entire housing portfolio will be converted to private management.

The financing for the work comes from tax-exempt bonds issued through the HDC’s Multi-Family Housing Bond Resolution or Housing Impact Bond Resolution, which were created solely to facilitate NYCHA transactions.

NYCHA will continue to own the land and buildings, administer the Section 8 subsidy and waitlist, monitor conditions at the developments, preserve resident protections and guarantee permanent affordability.

Launched in 2016, PACT is part of NYCHA’s Blueprint for Change to help drive funding into public housing repairs citywide while safeguarding long-standing tenant rights and protections.

As of today’s announcement, NYCHA has closed on the conversion of 9,517 apartments through PACT since the initiative’s launch.

“Moving forward with PACT transactions is a central part of our strategy to help ensure all NYCHA residents have quality housing and permanent rights and affordability,” said NYCHA Chair & CEO Greg Russ.

“We’re excited to begin this partnership with the many residents who call these developments home,” said Kirk Goodrich, President of Monadnock Development – the initiative’s lead developer.

“The team we’ve built is composed of individuals and firms that have devoted their careers to improving the quality of life for those we serve. We believe every New Yorker deserves a home that makes them comfortable, that they feel safe in, and that they are proud to live in – and that is the mission that will drive us in this effort.

“We’re grateful for the collaboration that has been central to this initiative since day-one and look forward to earning the trust of every resident by following through on our commitments.”

Audrey Clemons, the Resident Association President at Public School 139 (Conversion) – one of the properties included in this newest PACT – said most residents were happy with the plan.

“The residents and myself are ecstatic that our building was selected to be a part of the PACT/RAD program,” said Clemons.

“With the planned upgrades, it won’t feel like we’re living in a public school building anymore but in a new luxury building. The new security upgrades will also bring safety and peace of mind to our seniors and we won’t have to worry about outside intrusions. There are even plans for a newly designed backyard and garden area that’s specifically equipped for seniors. We feel great about what’s planned.”

A 2019 survey by housing advocates Community Service Society found that only 56 percent of NYCHA residents favor the conversion of the properties to private management.

Opponents claim the program is the privatization of public housing by the back door.

“All of these plans are about the financialization of public housing,” said Kristen Hackett, member of the Justice For All Coalition in an OpEd. “Said another way, these strategies work to bring public housing under the control of financial professionals, and market logics, processes, and practices.

“The financialization of public housing is dangerous because of how it changes the functional meaning of what housing is. [It] positions public housing in New York City as an asset portfolio. Assets are vehicles for wealth accumulation; that is their dominant function and it usually trumps other use values.”