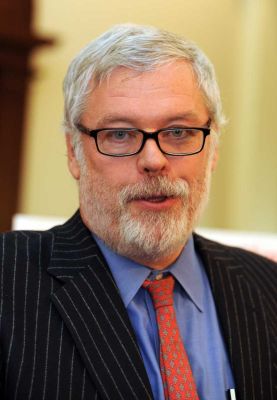 Port Authority sets out priorities in $28B spend plan

The 10-year capital spending plan — which covers the years 2014 through 2023 — is one of the most comprehensive efforts ever undertaken by the 93-year-old agency to identify and prioritize its critical long-term transportation needs.

The Capital Plan is subject to Board approval on February 19. The agency is requesting that comments be received by February 14, but will review any submissions through February 18.
Development of the plan followed a lengthy risk-based scoring process undertaken by the agency’s operating professionals and engineering staff to define projects that are of the most importance to the regional movement of people and goods.

Approximately 46 percent of the total Capital Plan spending is on state of good repair projects as the agency focuses on maintaining the assets in its existing portfolio.

The Capital Plan also continues the Port Authority’s ongoing resiliency efforts to recover from Superstorm Sandy – including $1 billion of capital investment over 10 years to pay for repair, mitigation and resiliency projects.

More than $700 million dollars will be invested in the period making permanent repairs to the PATH system, which was the most severely impacted Port Authority facility.

The plan also includes plans for the redevelopment of the Central Terminal Building at LaGuardia Airport; the raising of the Bayonne Bridge; the extension of PATH to Newark Liberty International Airport; the replacement of the Goethals Bridge; an upgraded PATH signal system; and the reconstruction of the Lincoln Tunnel Helix.

Each project in the Capital Plan is subject to separate approval. The Port Authority will monitor progress on the plan, new developments including changes in risks, and availability of funding and modify the Plan as necessary.

“Under the leadership of Governors Cuomo and Christie, the agency has undergone a rigorous, data-driven process to identify and prioritize the most important capital projects, including significant investment in state-of-good-repair projects that strengthen the region’s aging transportation infrastructure while also enhancing transportation capacity and service for our customers.

“The $27.6 billion investment plan will return this agency to core mission and ensure that the Port Authority remains a key economic engine, creating more than 126,000 jobs for the region.”

During the next 10 years, $8 billion will be invested in the region’s airports, including major initiatives to redevelop LaGuardia Airport’s Central Terminal Building and Newark Liberty International Airport’s Terminal A.

The $3.6 billion LaGuardia Airport project is under way and being done under a public-private partnership, with a private-sector partner to be chosen during the first half of this year. The project includes a new 35-gate terminal, 70 acres of aeronautical ramps, frontage roads and other related facilities.

The Tunnels, Bridges and Terminals program calls for $7.9 billion in investments in the agency’s tunnels and bridges, including five major initiatives – the raising of the Bayonne Bridge’s roadway to accommodate larger ships; a new Goethals Bridge; the replacement of the suspender ropes on the George Washington Bridge; the Lincoln Tunnel Helix Replacement Program and the Lincoln Tunnel Access program.

The $1.3 Bayonne Bridge project involves an extraordinary engineering feat under which the 82-year-old bridge’s existing roadway will be raised to 215 feet while traffic is maintained on a portion of the bridge during the construction period.

The project will accommodate larger more efficient ships that will call on the Port of New York and New Jersey when the Panama Canal expansion is complete. Construction is already well underway.

The $1.5 billion Goethals Bridge project also is being done under a public-private partnership agreement. The project involves the replacement of the bridge, built in 1928, which is functionally obsolete. The current bridge, which is 85 years old, has two substandard 10-foot lanes in each direction and lacks emergency shoulders. The new crossing will have six 12-foot-wide lanes, shoulders and a bikeway. Early stage construction activities are underway.

The $1.4 billion Lincoln Tunnel Helix Replacement Program involves the construction of a new roadway structure with new foundations to replace the existing helix, which serves as the main access for travelers heading into and out of the Lincoln Tunnel. On an average weekday, the helix carries more than 120,000 vehicles and 1,800 buses into the tunnel.

The One World Trade Center project will be finished this year, and the agency has already reached agreements for 70 percent of its net operating income target for the tower. Tenants will include publishing giant Condé Nast, Vantone China Center and the U.S. General Services Administration.

Late last year, the agency approved the sale of its remaining 50 percent joint venture in the World Trade Center retail project to the Westfield Group for $800 million, providing capital to reinvest in transportation infrastructure.

The World Trade Center Transportation Hub will soon open its first permanent PATH train platform and the entire facility remains on schedule to be opened in 2015.