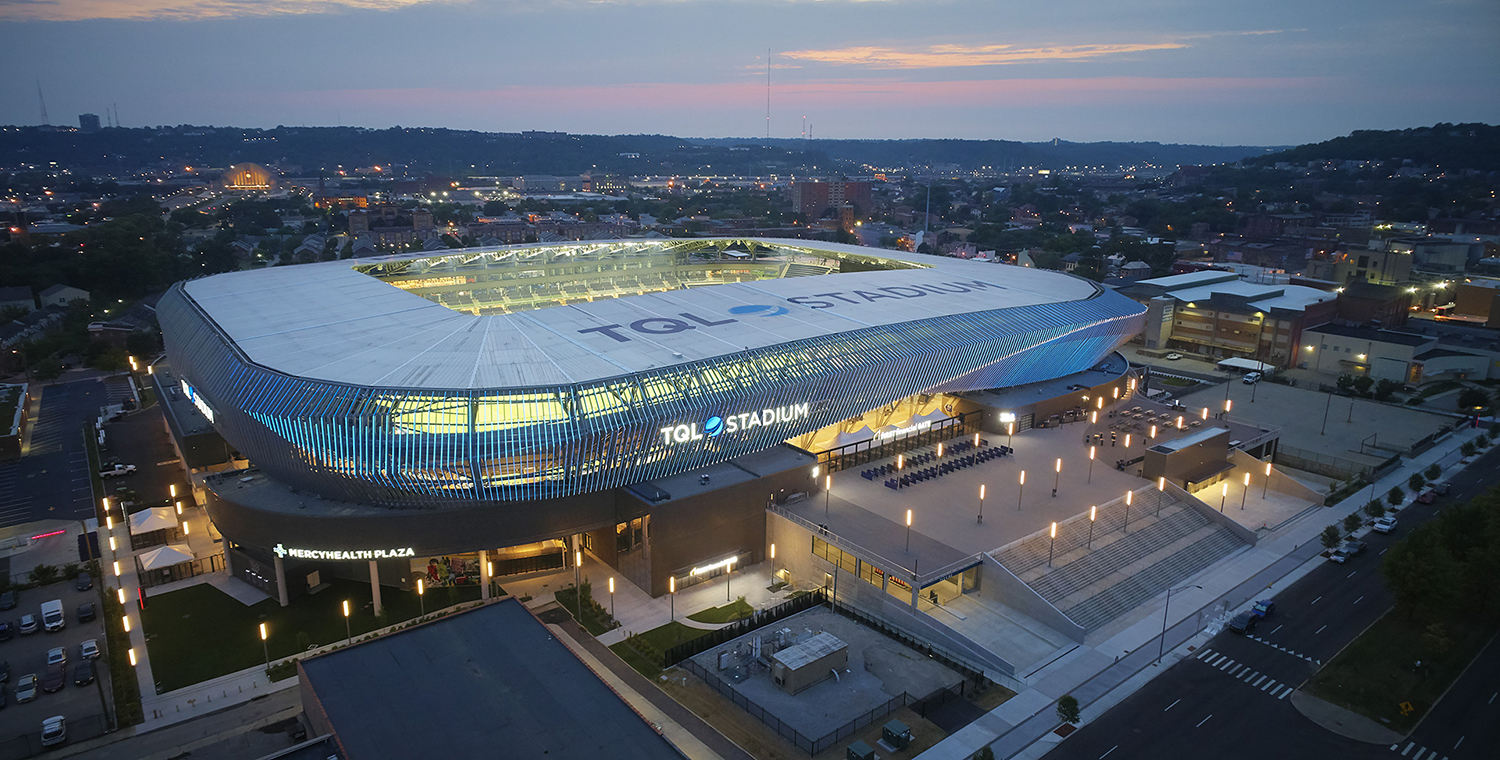 Populous-designed TQL Stadium was awarded the Prix Versailles Sports 2022 World Title — the world prize for architecture and design from UNESCO.

The Prix Versailles is an original program with the aim of fostering better interaction between the economy and culture. It underlines the role economic agents across sectors can play to enhance, embellish and improve living environments. The honor is awarded annually to the world’s top project in each category based upon innovation, creativity, reflection of local heritage, ecological efficiency, and the values of social interaction and participation which the United Nations holds in high regard.

“We are thrilled that TQL Stadium has been honored with the Prix Versailles World Title,” said Jonathan Mallie, senior principal at Populous and design lead of TQL Stadium. “We worked closely with ownership to create a truly remarkable, one-of-a-kind soccer experience for the people of Cincinnati and the world. Its design stands apart due to its bespoke nature, combining innovative technology, cultural influences and impeccable interior artistry to create an iconic experience.”

TQL Stadium, located in Cincinnati, Ohio, has been heralded as one of the world’s top soccer venues. Earlier this year, the stadium was named the Best Venue of 2022 at the World Football Summit Awards. TQL Stadium opened in 2021 as the new home for Major League Soccer’s FC Cincinnati, pairing a world-class soccer atmosphere and energy with a design that truly reflected the Cincinnati community and history.

A striking design from afar and up close, TQL Stadium defies stasis by wrapping itself in over 500 mass-customized aluminum fins. When viewed from down Central Parkway, these articulated aluminum façade elements create the stadium’s signature form: a singular twisting motion that signifies the tension between two teams about to take the pitch. When viewed straight on, they provide a glimpse into the stadium, fostering a heightened sense of anticipation for the match within.

The stadium is one of the league’s largest, and includes The Bailey, the club’s legendary supporters’ section that hosts more than 3,000 fans at the steepest permissible slope, creating an imposing wave of sound that crashes over the pitch below. It pairs this atmosphere with interior hospitality at its finest. The high-design clubs and suites take inspiration from historic Cincinnati architecture, materials and cultural elements, from the city’s Roman emperor namesake to Cincinnati’s robust brewery scene.

On the exterior, TQL Stadium connects directly to its neighborhood, with a plaza entrance that is nestled into Cincinnati’s urban fabric, inspired by monumental public places such as the New York Public Library and the Spanish Steps in Rome. With views overlooking the Over-the-Rhine district and downtown, the plaza serves as the end point to the traditional supporters’ march to the match.