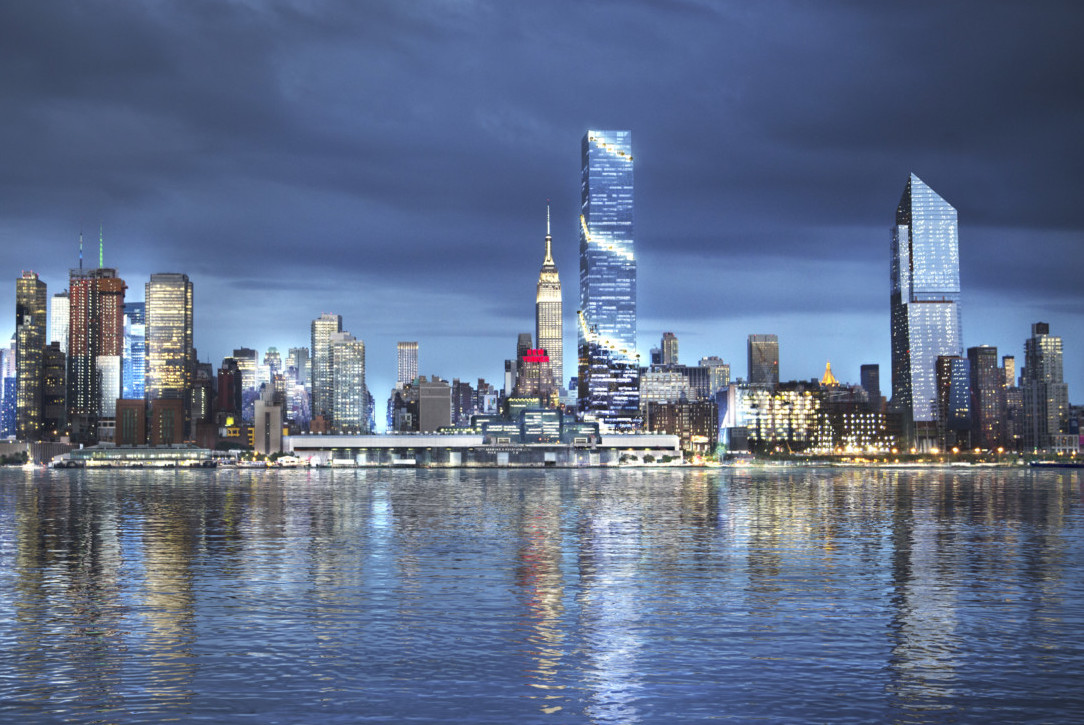 Tishman Speyer president and CEO Rob Speyer announced yesterday (Tuesday) that the company will begin construction of the 65-story office tower at 66 Hudson Boulevard in June.

The company also announced it had secured financing for the $3.7 billion project, with $1.9 billion in equity from Tishman Speyer and more than a dozen other institutional, pension fund and individual investors, as well as a $1.8 billion construction loan from Blackstone.

As part of its 20-year lease agreement, Pfizer will relocate its global headquarters from 235 East 42nd Street to The Spiral, where it will occupy 15 full floors (7 through 21) as well as portions of the lobby level once the 2.8 million tower is complete in 2022.

Designed by starchitect Bjarke Ingels’ firm BIG, The Spiral will reach 1,031 feet and feature a cascading series of landscaped terraces and hanging gardens as its “signature element,” according to a press release. The terraces will ascend, one per floor, in a spiraling motion to create a continuous green pathway that wraps around the façade of the tower.

“Tishman Speyer is thrilled to welcome Pfizer as the anchor tenant in The Spiral, the world’s most connected and collaborative office environment,” said Tishman Speyer president Rob Speyer. “With its iconic design, amazing views and abundant access to outdoor amenity spaces, The Spiral will serve as a major

leap forward in the evolution of the modern workplace.”

The six-story base of the building will include a lobby with ceiling heights of up to 28 feet and main entrances on Hudson Boulevard East and 10th Avenue. The base also will include approximately 25,000 square feet of retail space.

Turner Construction will head up construction at the project, which Tishman Speyer said they expect will generate around 7,600 construction jobs and more than 7,100 permanent office, retail and building-service jobs.

Pfizer is selling the two buildings it currently occupies at 219 and 235 East 42nd Street and will move to Tishman Speyer’s new office tower in 2022.

Pfizer’s headquarters has been located on 42nd Street on the east side of Manhattan for over 50 years. In 2016, the company announced that it would move its global headquarters in NYC to a cutting-edge, 21st century office environment.

A Cushman & Wakefield team led by chairman Adam Spies is arranging for the sale of Pfizer’s current headquarters.

“The intricacies of a headquarters relocation and negotiating an anchor tenant lease at a brand new development is highly complex and takes a thoughtful, strategic plan where all disciplines are perfectly aligned” said Kuriloff in a press release.  “We are thrilled to see this alignment come together with the world-class developer, Tishman Speyer and Pfizer.”