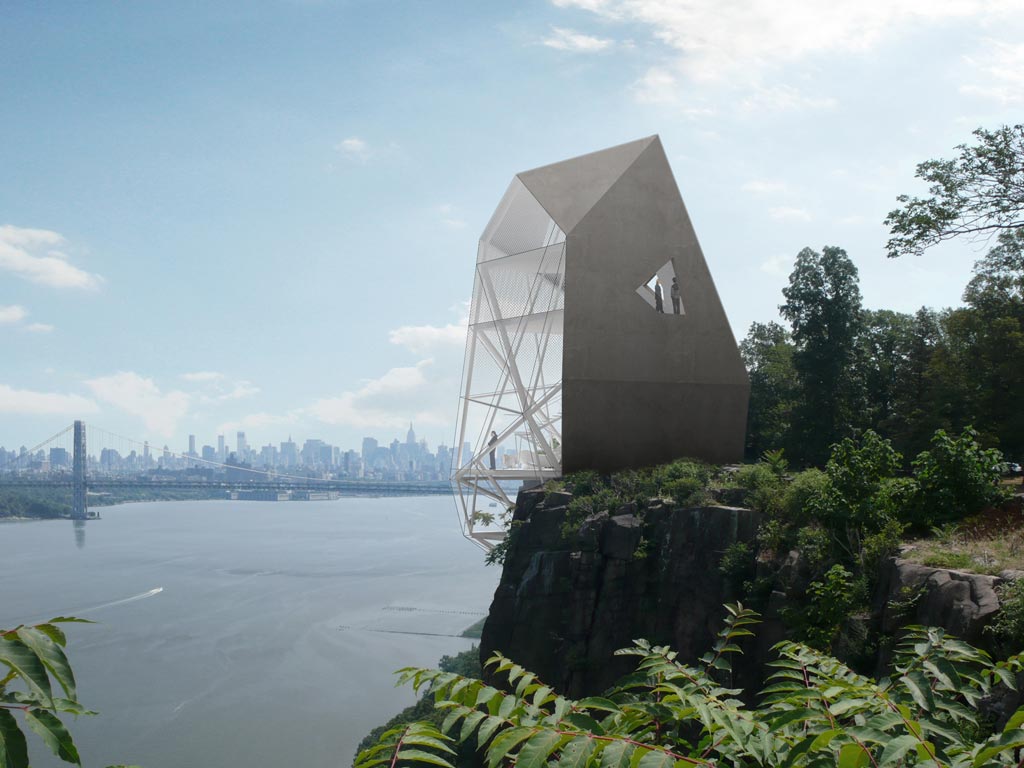 Everyone loves windows — the bigger the better. And modern highrises deliver in floor-to-ceiling spades.

But a recent study by the Urban Green Council highlighted a weakness in the shiny residential towers popping up around the city: old-fashioned brick and mortar construction has insulating properties that just aren’t found in glass.

“The best window in the world is a terrible insulator compared to a pretty standard wall,” said Russell Unger, executive director of the Urban Green Council.

The council modeled the interior temperature of various building types if the city faced a week-long blackout during summer and winter months.

Unheated, a typical glass highrise would drop from 70 degrees to less than 50 degrees in just a few days of a winter cold snap and rise just as quickly to the dangerous level of 90 degrees in the summer, the study concluded.

A typical row house, in contrast, would last seven days before it hit 90 degrees in the summer and would still be above 55 degrees at the end of a week in the winter.

Even when the power is on, poor insulation affects the heating and air conditioning costs of the building, something homeowners might find more salient than the blackout scenario.

But all-glass construction isn’t going away anytime soon. Not only does the lighter, thinner material allow for taller buildings with smaller footprints, big windows have other appeals as well.

“There’s a transparency, a light, a sense of space that you don’t get in a conventional building,” said Denis Sughrue, president of the condo board at One Grand Army Plaza.

The windows conduct heat more than conventional walls, he said, but he would still encourage others to buy in a glass building. “It really creates a wonderful effect. From the exterior, the buildings appears to shimmer, and the views are great — they’re just breathtaking.”

Sughre and his fellow owners may have reason to be less happy than most owners in glass buildings — the board has sued the developer of the building for alleged shoddy roof construction.

In inclement weather, water found its way behind the glass curtainwall and into people’s homes, Sughre said the problem that was worse at the corners of the building. But, he added, he and other owners were able to address the leaks with “aggressive caulking.”

“The building just seems a lot more permeable than a regular building,” he said.
Unger suggested that people considering buying a glass condo seek out a north-facing exposure, to avoid direct sun, and invest in high-quality window shades.

Experience at One Grand Army supports this advice.

“The south-west exposures can really be brutal in the summer if you don’t have proper window treatments. you need to keep them drawn or it begins to feel like a terrarium,” Sughre said.

Unger would like to see the city’s building code changed to demand the best energy performance possible.

“Buildings should be able to keep temperatures in a range that’s habitable,” he said, noting the impracticality of evacuating New York in the case of a week-long blackout. “Let’s be the leaders, not the laggards in the world.”

The council’s study found that a high-performing highrise that goes above and beyond current code would be as warm as a merely code-compliant row house.

“I think the main takeaway [of the study] is that if we lose power at the wrong time of year, most of our existing building stock isn’t going to be a good place to stay,ˮ Unger said. “And the other takeaway is, it doesn’t have to be that way.”

It’s hard to predict what effect temperature control will have on the long-term value of a building, according to Jonathan Miller of the appraisal firm Miller Samuel, in part because the cost of energy in the future is an unknown variable.

“The impact initially in terms of new development will be undetectable. So the question is, as it sort of seasons in the market, what will happen…. I think the obvious scenario is the higher the costs, the great the impact on value, but it’s not a sort of knee-jerk or instantaneous impact. Rising energy costs and rising maintenance costs take time,” he said.

Glass walls and oversized windows are also most often found in luxury apartments that aren’t in the same market as a nice, energy-efficient row house. But Miller did not rule out the possibility that the market will come to demand the kind of enhanced energy standards advocated for by the Urban Green Council.

“I think that what’s happened over the last five years is, for the first time, we’re really seeing much more awareness of energy efficiency,” Miller said, citing the growing popularity of hybird cars. “There’s an awareness. It’s not front and center yet, but there’s a greater momentum.”

Double or even triple paned glass, high-tech coatings and modern, air-tight design can all help bundle up a building.

“To bash glass and to bash openings I think is wrong, because the improvements with their energy efficiency are happening every year,” said Bob Nyman, a consultant who works with Crystal Window & Door Systems.

In the meantime, Unger had one other piece of advice for people who live in glass condos, if a long-term blackout does come along.

“Make sure you’re got some friends in the neighboring NYCHA building, because they’re going to be doing a lot better than you’re doing,” he said.