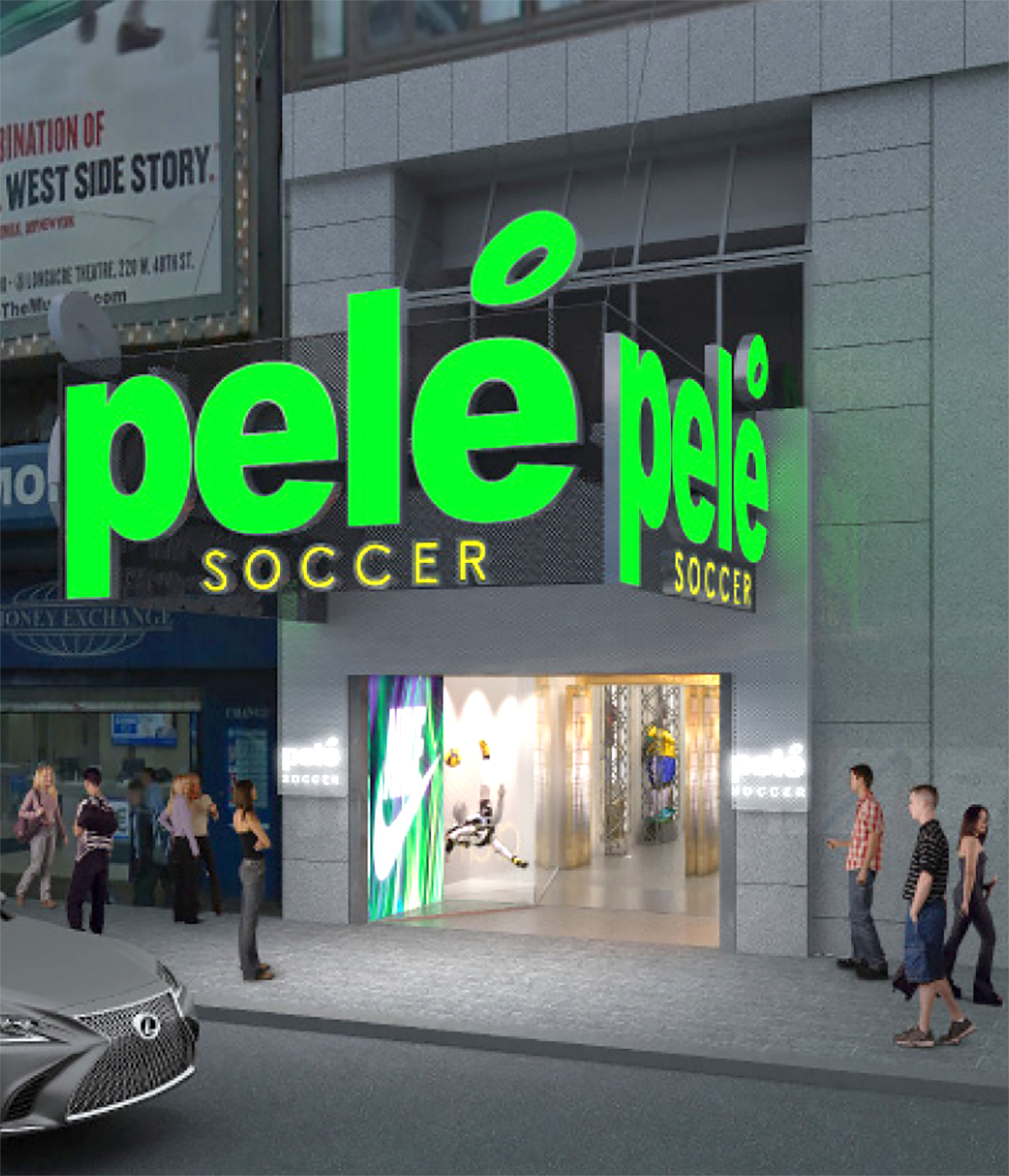 Pelé, the legendary Brazilian soccer player, has opened a New York City flagship store in the heart of Times Square.

Located in the former Empire Theater building at 1560 Broadway, it is the third Pele Soccer store to open in the US after Orlando and Miami.

“Pelé Soccer chose to open its flagship location in New York City because of Pelé’s history and legacy as a former New York Cosmo,” said Luke Davis, a spokesman for the retail outfit.

“Additionally, as soccer is a truly international sport and we carry official fan gear from more than 100 teams around the world, it made sense to open in Times Square because of the large number of international tourists that visit the area.”

The Pele Soccer brand was launched in 2017 when the player signed a licensing deal with United World Soccer to be the face of the chain. The brand now has plans to expand to Los Angeles, Las Vegas, Chicago, London, Paris, Dubai, Shanghai, Tokyo, and more. Located in the landmarked former Embassy Theater, Pele tasked Carlton Architecture to preserve the landmarked interiors by designing a completely flexible retail display system not affixed to the existing structure.

Originally designed in 1925 by Thomas Lamb, the Embassy theater held 556 seats and was the only theater in the country managed by a woman, who employed an all-female staff.

The newly-designed Pele store features a movie theatre LED screen that harkens back to the building’s history while bringing it into the 21st century.

Once dedicated to running newsreels, the projection screen has been brought back to life through the latest in display technology, and shoppers can relax in stadium-style bleachers to watch a live action soccer match.

Carlton developed a design that weaves the old theatre’s landmarked interiors with the entertainment imagery of a soccer stadium, to welcome troves of visitors to an experiential retail environment.

The theatre’s marquee now announces Pele Soccer above an entrance flanked with oversized screens showing the game of the day.

The entry hall has been transformed into a stadium tunnel, leading shoppers to the main event, where the shop plays host to everything soccer.

Both children and adults can try out freestyle tricks while shopping for the clothing of their favorite teams and players.

After the Embassy closed in 1997, the theatre was renovated and reopened in 1998 as the Times Square Visitors Center.

Carlton has planned and designed retail destinations for various retailers across the country, collecting awards for their work with The Frye Company and Bluestone Lane Coffee.