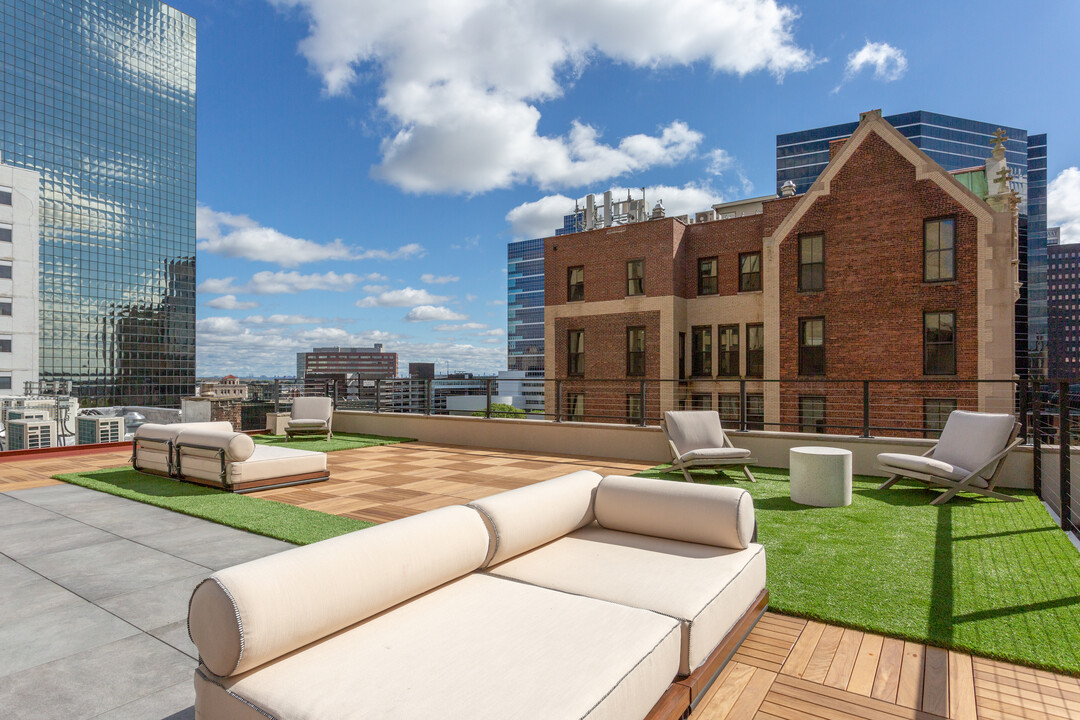 Included in the National Registry of Historic Places, 30 and 40 Clinton have been fully restored with many original features, such as decorative lobbies, original mailbox system and copper windows, retained.

Constructed in 1914, 40 Clinton is an eight-story, 27,350 s/f Gothic-influenced building. Formerly known as the Eclipse Building, it was home to the original Seton Hall Law School. It now features 26 one-bedroom apartments and one two-bedroom apartment. The US Post Office occupies a total of 2,602 s/f on the ground floor.

The 20,250 s/f property at 30 Clinton, previously known as the Baldwin Building, was built in 1910 and originally housed Newark’s Board of Education and Teacher’s Union Benefits offices. Five stories of residential space, totaling 17,900 s/f, features a mix of 20 studio and one-bedroom, one-bathroom units. First floor retail space includes a total of 2,340 s/f, which is currently being marketed for lease.

“Paramount Assets is proud to offer another exceptional opportunity to live in a building of special historic significance so beautifully preserved. We are especially proud of our expertise and experience in this area, and the opportunity to preserve the beauty and character of these buildings, while contributing to the revitalization of this great city.”