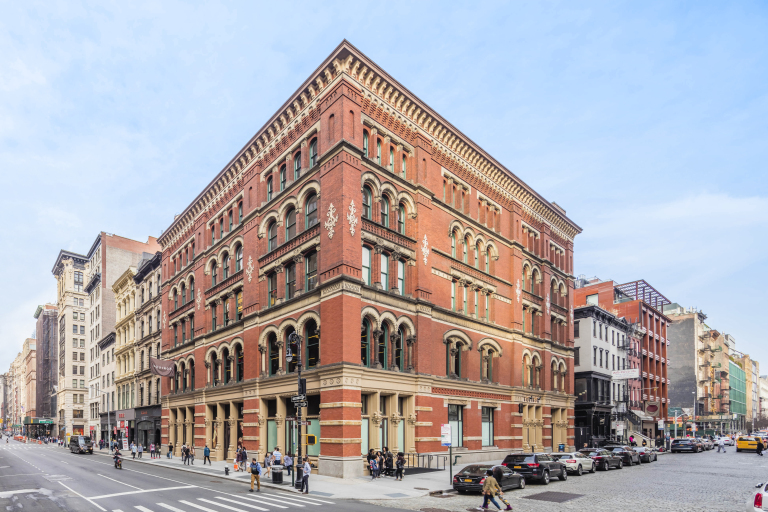 CBRE announced the sale of the 70,000 s/f five-story, mixed-use property in NoHo to a private European investor.

Nightclub impressario Scott Sartiano will open a 20,000 s/f private club in the building in the spring. It will be a ‟members-only urban lodge and social workplace,” according to the New York Post. Amenities will include a co-working space, restaurant, bowling alley and a rooftop terrace.

Formerly know as the Brooks Brothers Building, the property sits on the corner of Broadway and Bond Street. Brooks Brothers opened one of its first New York City stores in the building in 1874 and briefly produced its clothing in a garment factory upstairs.

The CBRE team of Darcy Stacom, Bill Shanahan and Ryan Spector represented the seller, The Paramount Group, in the negotiations.

CBRE also arranged the sale of a number of similar assets over the past two years, including the sale of 9 East 40th Street to Eretz Group for $70.25 million and the sale of 163 Varick Street to APF for $64.9 million.