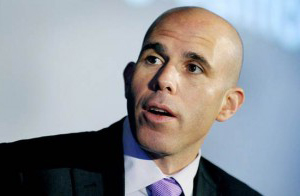 Developer Silverstein Properties is asking the Port Authority for de-facto subsidies to complete its downtown office tower at 3 World Trade Center, but the agency is sharply divided over whether to grant them.

Silverstein Properties would also be allowed to use tax-free bonds of up to $1.3 billion, the New York Times reported.

But Port Authority commissioner Kenneth Lipper opposed the plan, arguing it could hurt the agency financially.

“The idea of giving a $1.2 billion subsidy to a private developer at a time when the market downtown is in a state of glut defies the public interest and the economic interest,” Lipper was quoted in the Times. “It would turn a patriotic gesture into a vanity project. And it could jeopardize our mission, which is to improve the transportation system in the region.”

Although Rechler’s plan doesn’t involve any immediate money transfers from the Port Authority to Silverstein, the loan guarantee could cost the agency dearly if the tower flops. Moreover, having to plan for the eventuality of a loan default would likely constrain some of the Port Authority’s funds.

However, a Port Authority official familiar with the proposal told Real Estate Weekly that the deal would still be “subject to private-market valuation”, as Silverstein Properties would have to chip in $50 million of its own capital and raise $450 million in mezzanine financing. Under the previous agreement Silverstein was only required to raise $300 million.

The planned 2.5-million s/f, 80-story office tower currently stands seven stories high, but Silverstein has so far failed to secure the necessary construction financing to complete it. So far, the building’s only major tenant is media company GroupM, which signed a 500,000 s/f lease.

“We believe it is essential for the Port to protect the significant investments it has made by making sure this important office tower is completed,” the statement read, adding that progress on the site has increased demand for downtown office space.

“We do not want to compromise Lower Manhattan’s considerable momentum by allowing the World Trade Center site to stall.”
The Downtown Alliance also disputed Lipper’s claim of an office space glut, claiming that the market “can easily absorb” additional space.

According to Colliers International, the downtown office availability rate at the end of the fourth quarter of 2013 was 14.3 percent — down from 14.7 percent in the third quarter but still well above the Manhattan average of 11.3 percent.