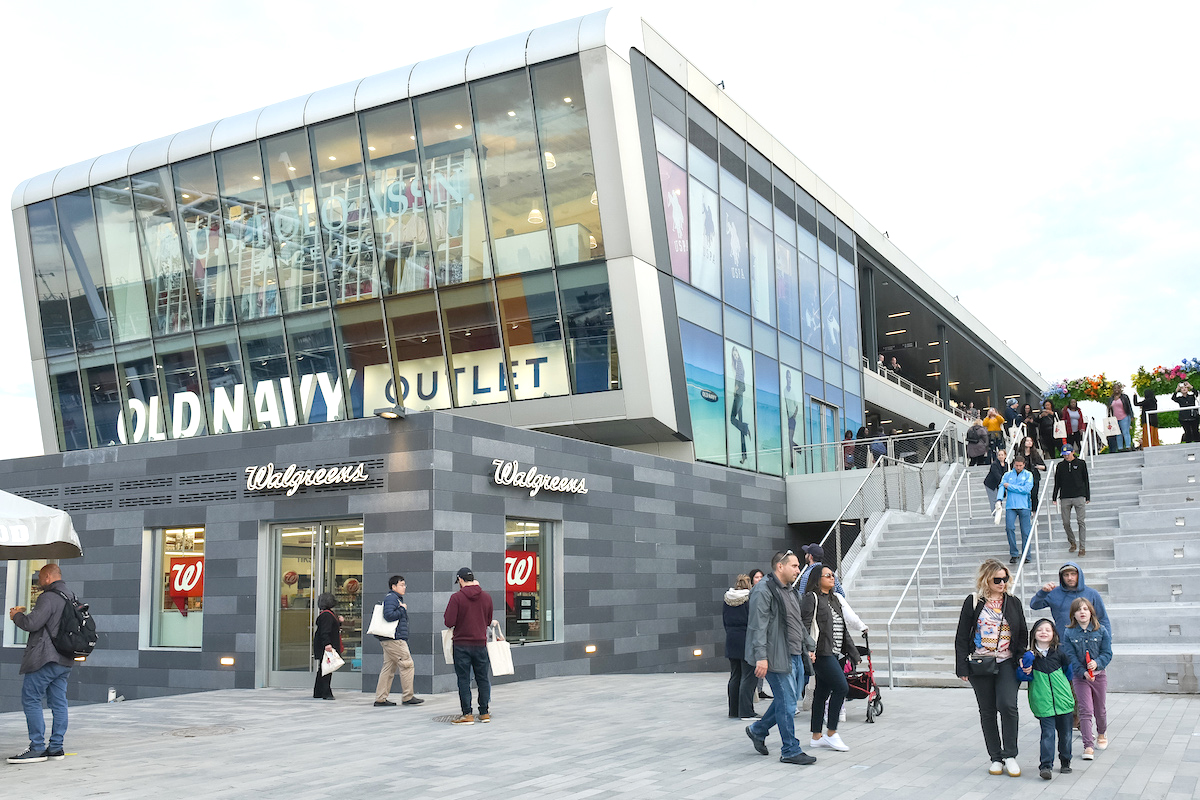 “This incredible wave of visitors shows that Empire Outlets is already providing a truly unique and unforgettable shopping destination for New Yorkers and people from around the world,” said Joseph Ferrara, principal of BFC Partners, developer of Empire Outlets.

Officials estimate that Empire Outlets drew 165,000 visitors between the time of its grand opening event on the evening of Wednesday, May 15 and the close of operating hours on Sunday, May 19.

The estimate is based on data collected by counters stationed throughout the center during operating hours. Empire Outlets is open seven days a week from 10 a.m. to 9 p.m.

Visitors to Empire Outlets can buy outlet-priced merchandise in a modern mall designed by SHoP Architects.

Additional retailers, including Nordstrom Rack, American Eagle Outfitters, Aerie, Crocs, Levi’s and more will open their stores throughout the spring and summer.

Later this summer, a 40,000 s/ffood and beverage deck with views of Manhattan, will open with dozens of food concepts including MRKTPL, Staten Island’s first-ever artisanal food hall.

Empire Outlets is being marketed to visitors from around the world in collaboration with NYC and Co. and it is already becoming a premier shopping destination as part of the revitalization of Staten Island’s North Shore.