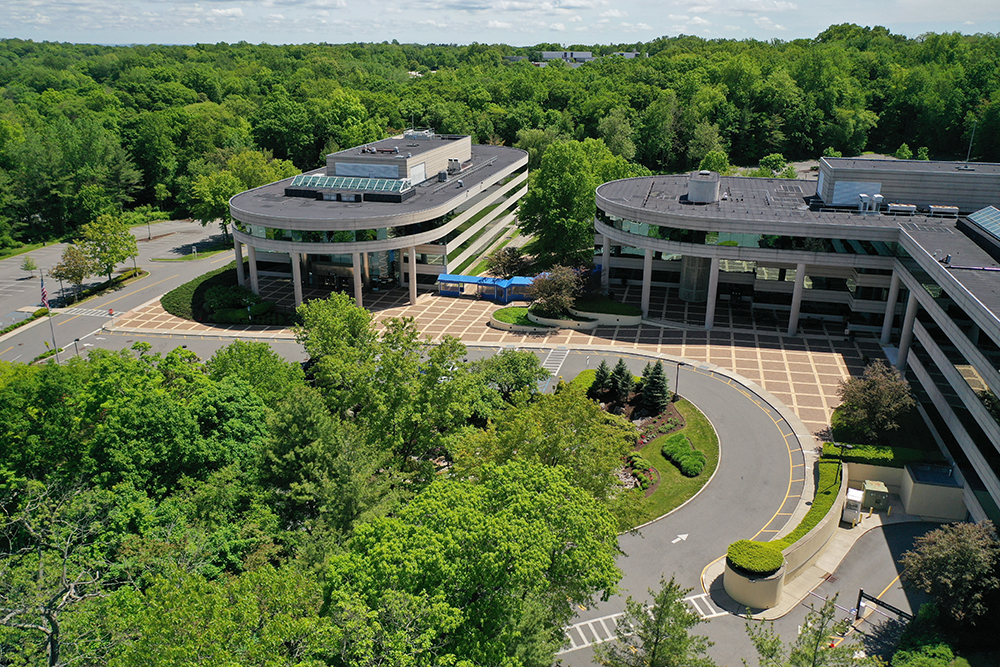 New Jersey-based Onyx Equities has unveiled a bold plan to create one of the north east’s first “smart office campuses” to attract big office users adapting to the post-COVID world.

The company has issued as RFP to turn its WestPark property in White Plains into the anchor for a new Innovation Corridor flush with next-level technology, including AI and IoT, autonomous vehicles, sustainable and healthy buildings.

“With heightened interest by companies—and employees—seeking to relocate to the suburbs, our goal is to rival some of the most technically advanced campuses in the world,” said DJ Venn, senior vice president of Asset Management, Onyx Equities,

“Our vision is for WestPark to serve as a hub of connectivity for a global workforce and be the place where innovation and creativity will thrive.”

Onyx has owned the  25.6 acres campus at 1111 and 1129 Westchester Avenue in White Plains since 2014 and it has been leased to food and beverage giant Pepsico while it builds out its own global headquarters in nearby Purchase.

According to Venn, CBRE has been retained to market the entire campus for lease as a next generation hub meeting the technological demands of 21st century businesses.

William V. Cuddy, Jr., executive vice president of CBRE, who is leading he marketing effort, a re-imagined WestPark will be the catalyst of something much, much larger.

“As Westchester County’s biotech, healthcare, financial services, and tech sectors continue to thrive, the chance to develop and position WestPark as the linchpin of an ‘Innovation Corridor’ along I-287 – that will attract companies in New York City’s burgeoning tech and financial sectors, as well as others nationally – is very real,” said Cuddy.

“The effect will be to invigorate and stimulate flexible ways of doing business, retain and expand the region’s young, educated workforce, and encourage more research and development here.”

The WestPark campus is situated between the Metro-North Harlem and New Haven Lines, and at the intersections of I-287, I-684, and the Hutchinson River and Merritt parkways, positioning the property to draw on a labor force from New York, Connecticut and New Jersey.

The buildings also have 1127 covered and surface parking spaces, and modern security and life safety systems.

The RFP for the WestPark Smart Campus is written for two phases of development:

The first calls for the two buildings to be retrofitted with next-level technology, including AI and IoT data retrieval systems to meet 21st century demands in terms of sustainability, energy conservation, health and wellness, security, connectivity and workforce attraction.

The second calls for autonomous vehicles to set the stage for re-imagining transportation along the I-287 corridor, connecting New York, New Jersey and Connecticut, which was invigorated in 2017 with the opening of the new Governor Mario M. Cuomo Bridge.

“Our concept is for an autonomous shuttle and other autonomous vehicles to connect our innovation campus with our immediate neighborhood’s sports, food, and health facilities, and then to the White Plains multimodal, transportation center and Metro-North RR train stations. That’s for starters,” said Venn.

To that end, WestPark Associates will work proactively with New York State and Westchester County to encourage the development of an I-287 “Innovation Corridor” and the use of autonomous transportation in that corridor.

“Both our world-class Smart Campus and the concept of developing an autonomous transportation loop along the I-287 corridor all play into the vision we have of moving Westchester County into the forefront of smart business, innovation, and healthy living,” Venn notes.

With the advent of Covid-19 and major companies rethinking their desire to headquarter in large cities, Venn added, “WestPark is uniquely positioned to meet the needs of our times.”

Cuddy added, “This is Westchester’s premier office complex, so we’re beginning the process with a leg up.   The buildings are loaded with amenities, have high-speed fiber connectivity, an environmentally-sensitive design, natural light on every level, excellent air filtration systems, and plenty of green space.”

The RFP is posted at www.westparkny.com. Submissions are due by 5 pm on September 9, 2020 and decisions are expected by year end.

ON THE SCENE: This weeks Under $10M sales and exclusives