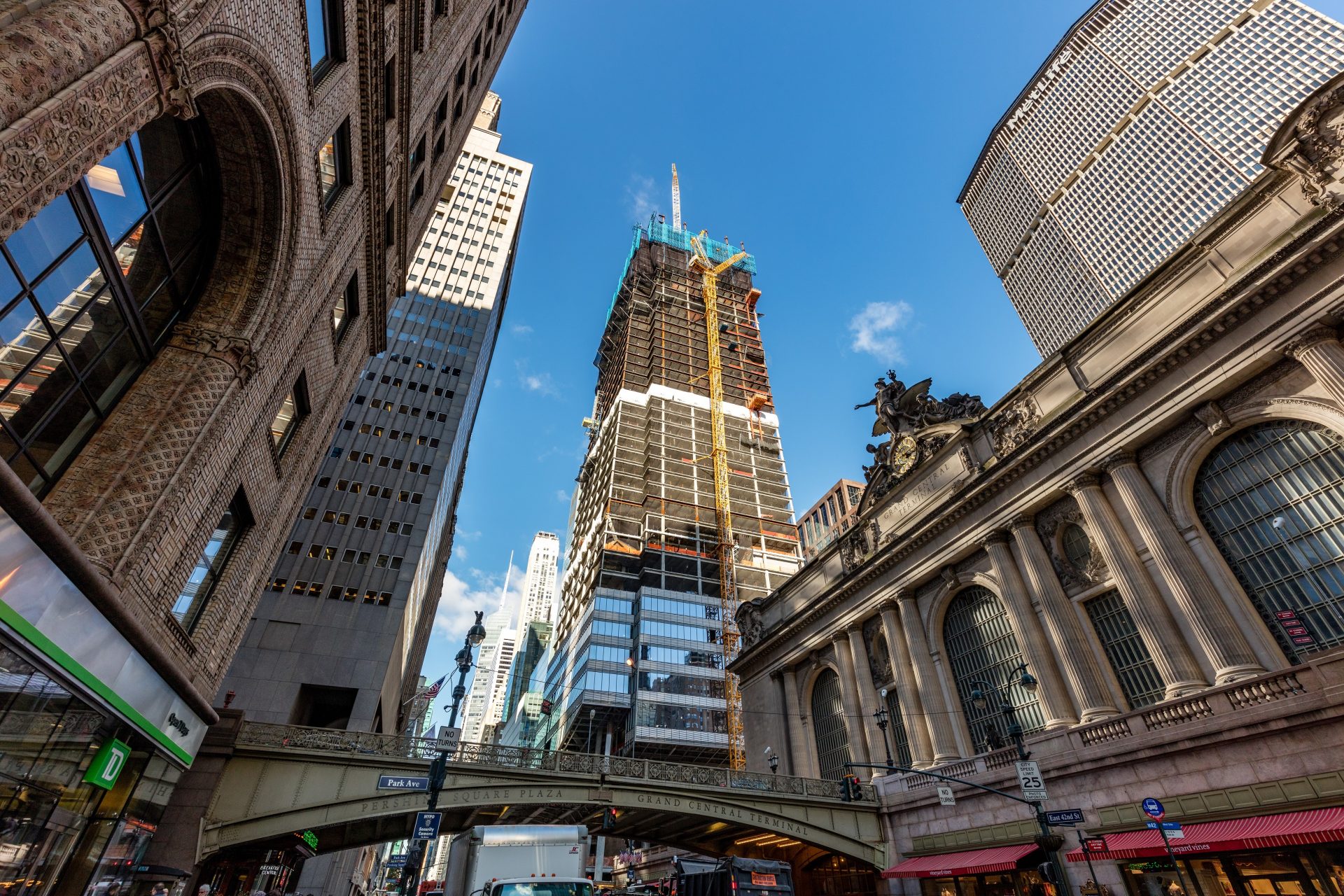 One Vanderbilt rising fast in 2018

One Vanderbilt, the skyscraper being built next to Grand Central Station, is ahead of its construction schedule after making significant progress in 2018. The 77-story office tower is expected to open in 2020 and has so far reached the 54th floor with construction, using 8,755 pieces of steel and 46,933 cubic yards of concrete. The developer, SL Green, is also investing $220 million to upgrades to Grand Central as part of the massive project.