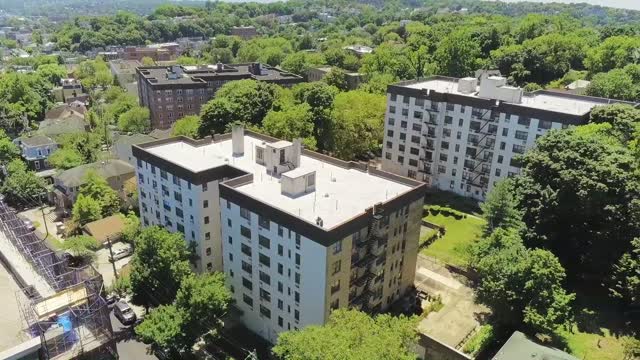 Bestreich Realty Group (BRG) announced the sale of 216 East 5th Street located between Cooper Square and 2nd Avenue for $4,000,000. The five-story building is 25 by 55 ft. and the lot is 25 ft by 92.33 ft. The multifamily property consists of 12 apartments half of which are free market. Built in 1987, it is 8,250 s/f and priced at $485 psf. Justin Zeitchik, Adam Lobel and Zachary Ziskin facilitated both sides of the transaction. The buyer was 216 East 5th LLC and the seller was Tri-Star Equities.

•••
Venture Capital Properties announced the sale of 1904-1906 3rd Avenue in East Harlem for $7,500,000. Situated on the northwest corner of 105th Street and 3rd Avenue, the mixed-use property is 19,615 s/f and sold for $382 psf. It contains 20 residential units and three retail stores. Half of the apartments are Free Market and the property achieved a six percent cap rate. Kevin Darouvar and Uriel Setareh brokered the sale on behalf of Helen Altheim Stevens Management Trust. Benjamin and Joe Soleimani’s ABJ Properties was the buyer. Venture Capital Properties has now liquidated the final assets in the Helen Altheim Stevens Management Trust.

•••
Marcus & Millichap announced the sale of 1575 U.S. 9, in Wappingers Falls. The NNN site, which is occupied by a corporately guaranteed Walgreens, sold for $9,750,000. The seller, Long Island-based Heights of Main LLC, was secured by Michael Tuccillo of the firm’s Manhattan Office. The buyer, Ital Food Distributors, was secured by Philip Biancavilla of Berkshire Hathaway. Located on U.S. 9 in Wappingers Falls, Walgreens sees an average of 45,000 VPD, and was able to retain strong interest due to the pharmacy’s strong sales and long lease throughout COVID-19. The Walgreens traded at a 5.7 cap.

•••
Friedman-Roth Realty Services announced the following sales:
• An apartment building located at 5 East 196th Street in the Bronx sold for $7,500,000. Located at the corner of Parkview Terrace in the Bedford Park section, the building is a six-story elevator with 50 residential units, 51,896 s/f and was constructed in 1941. Giuseppe Inglese and Nadeem Haque represented the seller in the off market transaction. Giuseppe Inglese procured the purchaser.
• 17 East 7th Street, a five-story walk-up in the East Village, sold for $4,675,000. The property includes 20 residential units and encompasses 7,280 s/f. Eric Lupo represented the seller and the purchaser was procured by George Niblock.

•••
Schuckman Realty brokered the sale of a building at 2820 Middle Country Road, Lake Grove, NY, for $925,000. Kenneth Schuckman and Edward Gottlieb represented the seller, Louann Associates LLC in the sale of the 2,640 s/f building on a 17,000 s/f lot. Gottlieb represented the buyer, Gorgon Management. Neighboring tenants include TD Bank, Speedway, Dunkin Donuts and The Good Steer.

•••
Tulfra Real Estate announced the sale of 670 Passaic Avenue, West Caldwell, NJ, to Columbia Storage Group. The 108,000 s/f building comprises 41,000 s/f of self-storage and 67,000 s/f of industrial/warehouse space. The industrial/warehouse component is occupied by office supply manufacturer, Case It Inc, which signed a long-term, 15-year lease with Tulfra in 2019. Sonny Jumani, president and CEO of Tulfra Real Estate, said Columbia Storage Group is opening its location in West Caldwell, NJ following its initial successes in Pennsylvania, New York, and throughout Jersey. Tulfra Real Estate acquired 670 Passaic Avenue from an Arizona-based investment group in August 2015. Tulfra invested significant upgrades into the property. The brokers on the transaction were Alan Cafiero and Ben Sgambati of Marcus & Millichap. Tulfra Real Estate is requesting offerings from sellers or brokers of similar sites.