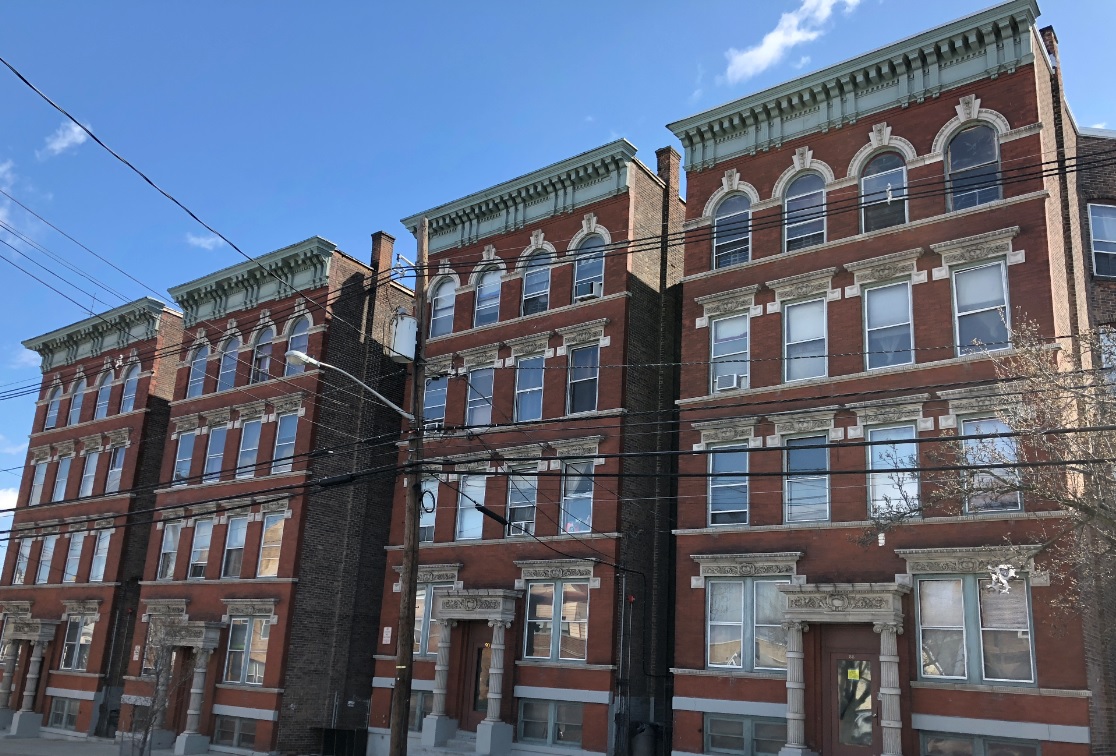 ON THE SCENE: This week’s Under $10M sales & exclusives

Alpha Realty announced the sale of 1675 Ocean Avenue, in the Midwood section of Brooklyn. The 6-story elevator property consists of 48 apartments and two offices, totaling 54,000 s/f The property traded for $8,550,000. Lev Mavashev and Yehuda Leser negotiated the off-market transaction. The seller is a local family which owned the property since the early 1980s while the buyer is a local private investor. The buyer intends to hold long-term

•••
Ariel Property Advisors arranged the sale of 1130-1134 and 1142 Bryant Avenue for $5,850,000. The three building, 24-unit multifamily assemblage is located in the Foxhurst neighborhood of the Bronx. Jason Gold, Shimon Shkury, Daniel Mahfar and Oliver Elihu arranged the transactions. The recently gut-renovated 1130-1134 Bryant Avenue, currently occupied by a for-profit organization with a triple net lease, consists of two contiguous, four-story multifamily walkup buildings totaling 16 units across 11,466 s/f. The properties contain five three-bedroom apartments and three four-bedroom apartments, with both buildings falling under the J-51 Tax Exemption, expiring in 2024 and 2041, and the J-51 Tax Abatement, expiring in 2029 and 2040. 1142 Bryant Avenue, a four-story, 5,696 s/f multifamily building, consists of five three-bedroom apartments and three four-bedroom apartments. All three buildings exist under Tax Class 2B, which provides investors a limitation on future tax increases.

•••
Avison Young arranged the sale of 424 Rockaway Turnpike, a 4,523 s/f retail property in Cedarhurst, NY, for $866,000. A team led by Todd Korren in New York and Amanda Gorozdi in Long Island represented the seller, Lighting Your Way, LLC. The buyer was an end user who plans to open a retail store in the building.

•••
Bestreich Realty Group (BRG) announced the closing of 26 Park Place in Park Slope, Brooklyn for $2,325,000. The 3,000 s/f multifamily property has three apartments, which were all delivered vacant and priced at $775 psf. The building is 20 by 45 ft. and sits on a lot measuring 20 by 100 ft. Toby Waring, Derek Bestreich, Luke Sproviero and Adam Lobel represented the seller, RWandlaincourt LLC and the buyer, 26 Park Place LLC.

•••
Gebroe-Hammer announced the $9.75 million sale of a two-property multifamily portfolio in Journal Square, Jersey City, NJ. Combined, 618-620 Summit Ave., and 88-94 Tonnelle Ave (pictured top) consist of 57 units that garnered a $171,053 per-unit price. Niko Nicolaou represented the seller, Kevelson Family, LLC, which had owned the properties for over 40 years, and procured the buyer, The Weingarten Group of Jersey City. Financing was secured by Brad Domenico of Progress Capital. The turn-of-the-century properties are located within less than half a mile of each other and Journal Square Transit Center. Built in 1910, the five-story Summit Avenue property features 25 units with a mix of one- and two-bedroom layouts. The four-story Tonnelle Avenue property, which also has 32 apartments with all two-bedroom floorplans, was constructed in 1890 and features an array of distinct architectural elements from that era.

•••
Schuckman Realty has facilitated the sale of a 2,800 s/f four-bamily building at 16-76 Jefferson Avenue, in Ridgewood, Queens, for $2,075,000. Steven Hakakian represented the seller and negotiated the sale with a buyer who was coming out of a 1031 exchange, achieving a new record of $741 a foot on a four-family building.

Avison Young has been named the exclusive agent for 19 First Avenue, a 3,213 s/f, three-unit building in the East Village. The asking price is $4 million. The four-story building is comprised of two residential free-market units along with a retail space on the first floor. It includes a duplex unit with a landscaped roof deck and a one-bedroom unit on the second level. The 1,275 s/f retail unit is occupied by restaurant, Lil Frankies. The property is in tax class 2A and has close to 1,200s/f of air rights. James Nelson, Brandon Polakoff, Alexandra Marolda and Jeremy Stenberg are marketing the property on behalf of ownership.

•••
B6 Real Estate Advisors has been retained as the exclusive sales team for 975 Stewart Ave, a 30,200 s/f medical office building in Long Island, NY. Currently net leased to NYU Langone Cardiology Group, the site has an asking price of $11.5 million. DJ Johnston, Ben Efraimov, William Cheng, Michael Murphy, Ben Rechler and Andrew Winwood are representing the seller, LBKC Associates, LLC. Completed in 2019 with NYU Langone investing $1.1 million to improve interiors, the property has a new roof coating and a variance to add an additional 10,000 s/f which can be built adjacent to the building. Situated on an 84,765 s/f lot, the property is located right off Meadowbrook State Parkway close to NYU Winthrop Hospital, Nassau University Medical Center, Hofstra University, Nassau Community College and Roosevelt Field Mall.

•••
Atlas Realty Group Partners has been named exclusive sales agent for 242-248 Bainbridge Street, a 32-apartment, contiguous residential property located in Brooklyn’s Bedford-Stuyvesant neighborhood. Shlomo Antebi is leading the assignment. The asking price is $13,000,000 based on a capitalization rate of 5.72 percent, a protected 2B tax class status, and a large percentage of market-rate apartments relative to similar properties. The package consists of four contiguous walk-up apartment buildings, situated between Malcolm X Boulevard and Patchen Avenue. It includes a combination of two- and three-bedroom apartments and features two antennas as well as an on-site laundry facility. Most of the apartments have been recently renovated.

Times Square tower will light up new tomorrow for Manhattan