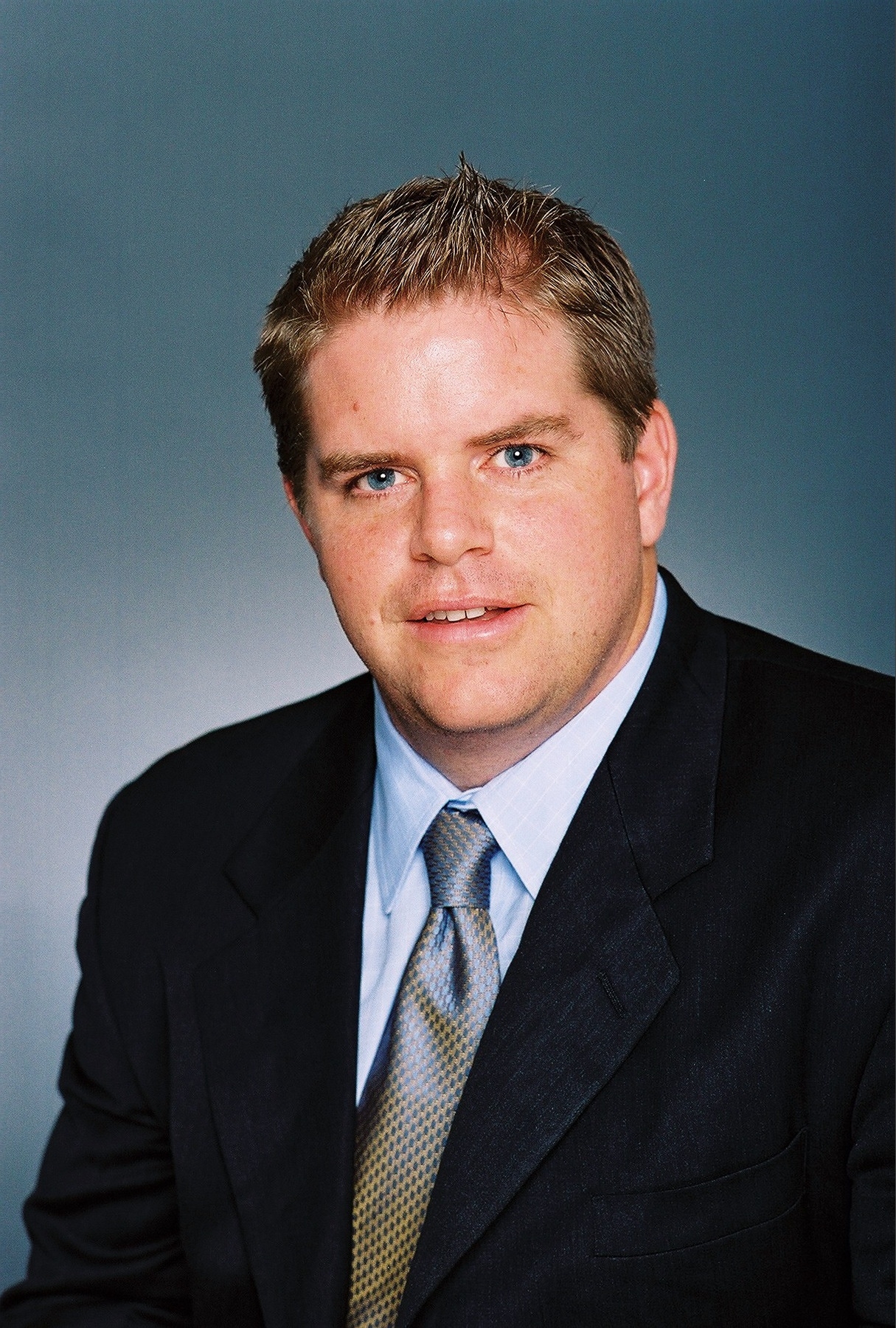 Agents:
Massey Knakal Realty Services announced the following exclusive assignments:
• The sale of a mixed-use building at 164 East 61st Street in Midtown East. The asking price is $10,995,000. The five-story building contains 5,800 s/f and consists of a medical space on the ground floor with four full-floor apartments above. The building underwent a full renovation recently which transformed the property into an ultra-high-end townhouse rental building. Each residential unit is an 1,000 s/f floor-through apartment Clint B. Olsen is handling the assignment.

• The sale of a residential development site at 167-171 4th Avenue in Brooklyn’s Park Slope neighborhood. The asking price is $6,500,000. The site features over 100 ft. of wrap around frontage between 4th Avenue and Degraw Street. Under the current zoning C2-4/R8A, a developer could build approximately 19,200 s/f as-of-right. There is an Inclusionary Housing bonus, which would allow the site to mass approximately 23,000 s/f. Stephen P. Palmese is exclusively marketing this site with Winfield Clifford.
• The sale of a residential development site on the west side of 90th Street between Justice and 56th Avenues in the Elmhurst neighborhood of Queens. Ownership is requesting offers. The site contains over 82,000 buildable square feet on a 70 ft. x 160 ft. irregular lot. James Nelson is exclusively marketing this property with Thomas A. Donovan and Stephen P. Palmese.
•••
TerraCRG has been retained as the exclusive agent for the sale of the development site at 570 Fulton Street in Brooklyn. The owner of the property, SCO Family of Services, has exclusively retained Ofer Cohen, Melissa DiBella, Dan Marks, Peter Matheos, Michael Hernandez, and Joseph Terzi to sell the site, located between Flatbush Avenue and Rockwell Place in the Fort Greene section of Brooklyn. The property was rezoned as part of the 2005 Downtown Brooklyn Rezoning. The 21,000 s/f building is located in the BAM Cultural District, has 100 ft of frontage on Fulton Street and zoning that allows for either 71,920 BSF for residential, retail, hotel, office, or mixed use, or up to 86,300 BSF for an inclusionary multifamily development.
•••
Kalmon Dolgin Affiliates, Inc. (KDA) has been tapped as the exclusive leasing agent for a one-story, 10,000 s/f warehouse at 91-20 130th Street in the Richmond Hill neighborhood of Queens, NY. KDA broker Dmitri Gourianov will be handling the exclusive listing. Building amenities include 17-24-foot ceilings, a full sprinkler system, three drive-in doors, heavy power system, and M1 zoning. Its corner location provides excellent visibility by pedestrians and vehicles.
•••
Dane Professional Consulting Group (Dane PCG) has been retained as the exclusive agent in the sale of

Marcus & Millichap announced the sale of a 10,563 s/f retail property located in Westfield, NJ. The asset sold for $4,700,000. David E. Thurston represented the seller, a limited liability company. Thurston also represented the buyer. The asset is located in the main downtown area at 240-244 North Avenue West. The main first floor tenant is Citibank which has been at the location since 2006. Visage, the second floor tenant, has been in the building since 2005 and the third tenant, Qtrade, since early 2012. All three floors have attractive high end finishes as do the elevator lobbies.
•••
Case Real Estate Capital, LLC has finalized a direct property acquisition of a 16-unit, fully-occupied rental building for $4.5 million on the Bushwick/Bedford-Stuyvesant border in Brooklyn, N.Y. The multi-family asset is centrally located and is 15 minutes from Manhattan by subway. Jon Leifer made the announcement.
• The company also recently closed on note acquisitions secured by multi-family properties in Jersey City, N.J. The two debt acquisitions are for small scale multi-family assets. One of the notes is secured by an investment property in the burgeoning Grove Street area. The other underlying asset is an abandoned property located in Jersey City Heights.
•••
Eastern Consolidated has arranged the sale of an 18-unit, sponsor-held condominium package at 610 West 110th Street on the Upper West Side for $9.65 million. The package was traded at a substantial discount to its vacant market value. Eastern Consolidated exclusively represented the sellers, a partnership of affiliates of Ares Management, Urban American Management, and Ramius LLC. The 15-story, over 100,000 s/f asset was originally constructed in 1922 and converted into 69 condominiums in 2008. The sponsor-held package consists of six one-bedroom units, eleven two-bedroom units, and one three-bedroom, including two vacant penthouses. Brian Ezratty, Deborah Gutoff, and George Moss exclusively represented ownership.
•••
EPIC Commercial Realty announced the sale of 25 Pierrepont Street, a residential building on the Northwest corner of Pierrepont and Willow Streets in Brooklyn Heights. Yona Edelkopf, and Chris Kim represented both sides of the $3,650,000 sale. The property was recently subdivided, creating an additional townhouse unit on the corner of Willow Street. 25 Pierrepont Street is a five-story rental building consisting of nine residential units including a one-bedroom duplex and eight additional apartments.
•••
ERG Property Advisors announced the following sales:
• 1855 East Tremont Avenue in the Bronx. The property was sold in a bankruptcy auction for $1,600,000. The 14,924 s/f lot includes plans for 14,000 s/f of retail space and an additional 13,300 s/f of above-ground and below-ground parking space. The property is located steps away from the Cross Bronx Expressway and Bronx River Parkway. Andrew Walsh exclusively represented the seller of this property.
• A single-tenant Dollar Tree at 711 East 38th Street in Indianapolis, Indiana. The property was sold for $1,033,846 at a cap rate of 9.1%. The discount store chain tenant, Dollar Tree, Inc. has a net lease with 4.5 years remaining for a 12,544 building on a 1.32 acre lot. Andrew Greenberg exclusively brokered this transaction.
•••
HFF closed the $6.5 million sale of Cranbury Corporate Center, a 63,855 s/f medical office facility located at 620 Cranbury Road in East Brunswick, New Jersey. Completed in 2005, Cranbury Corporate Center is a two-story medical office building that is 80 percent leased to a variety of medical specialty groups. The property is situated on 9.7 acres along Cranbury Road close to Route 18 and the New Jersey Turnpike in East Brunswick, Middlesex County, New Jersey. The HFF investment sales team representing the seller was led by managing director Kevin O’Hearn and associate director Steve Simonelli.
•••
Houlihan Lawrence Commercial Real Estate Group brokered the sale of Saint Patrick’s Catholic School located on 115 7th Street in Verplanck, NY for $255,000. Thomas LaPerch, represented the Archdiocese of New York in the transaction. The buyer, Mikiko Ino, a New York City-based artist highly regarded for his abstract paintings, purchased the 10,000 s/f former school building with future plans to utilize the space as a studio to host workshops for art students. The entire property consists of three buildings: a 1,800 s/f rectory building and a 2,000 s/f community building.
•••
Rosewood Realty Group announced the sale of 40-unit apartment building in Washington Heights for $6.15 million. The six-story walk-up building, at 133-143 Fort George Avenue (aka 1672-1678 St. Nicholas Avenue), is 35,135 s/f. The 1924 building sold for 10.8 times the rent roll. Rosewood’s Aaron Jungreis represented the seller, 133 Fort George LLC and the buyer, Bsp 133 Fort George LLC.
•••
TerraCRG closed on the sale of the multifamily building at 922 Prospect Place in the Crown Heights neighborhood of Brooklyn. Ofer Cohen, Melissa DiBella, Dan Marks, Peter Matheos, Michael Hernandez, and Joseph Terzi sold the property for $2,625,000 which equates to $292 psf or $328,125/unit. The four story multifamily building consists of eight residential units and a full 2,000 s/f basement.
•••
Massey Knakal announced the sale of an office co-operative unit at 134 West 26th Street in Chelsea. The sale price was $5,400,000. The commercial co-op, located in a 12-story building, occupies the entire fifth floor and contains approximately 7,150s/f. The building was constructed in 1911 and has been dubbed “The Chelsea Arts Building”. It caters to a mixture of professional tenants and owners, with office uses including medical, creative and legal services. The unit was delivered vacant . the sale price equates to approximately $755 psf. Brock Emmetsberger exclusively represented the seller. The buyer was represented by Carri Lyon of Cushman & Wakefield.

Talks to continue over future for Stuy Town’s affordable apartments