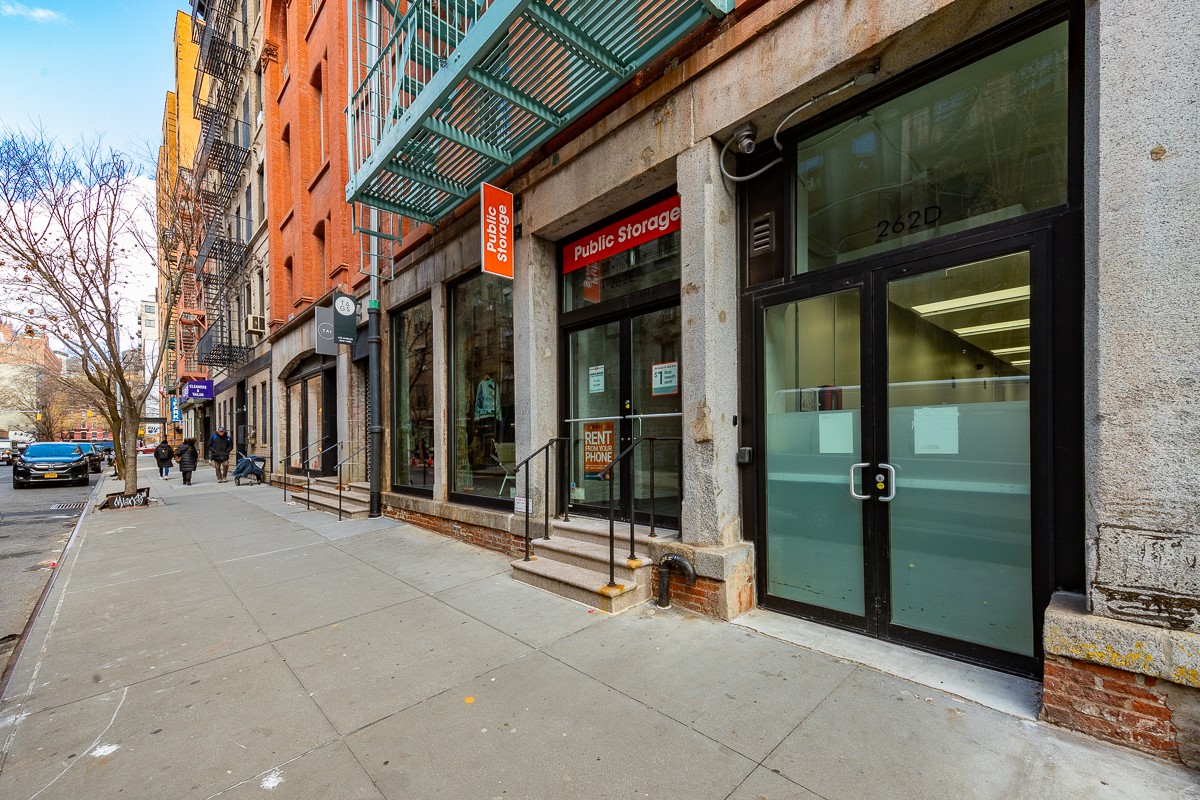 Alpha Realty announced the sale of 1580 Edison Avenue, a 4-story apartment building consisting of 27 apartments and 1 retail unit. Lev Mavashev and Yehuda Leser represented both parties in the off-market transaction. The seller was looking to capitalize on his asset, and the buyer was a local owner looking to grow his multifamily portfolio. The asset traded at $4,800,000 which equates to a 6.3% Cap Rate and $209 psf.

•••
CBRE announced the following sales:
• Zion Properties LLC/Garavel Automotive acquired 520 Main Avenue, Norwalk, Connecticut, for $3.95 million. The 34,502 s/f. facility, which sits on 2.3-acres, will be redeveloped as a Garavel Subaru dealership. Jeffrey Gage and Robert Crane represented the seller, Morganth Properties LLC, and performed a building condition assessment and a phase 1 environmental study for the property. 520 Main Avenue is part of an assemblage for the expanding dealership that included the adjoining 2.95-acre property to the south, owned by Ethan Allen. The sale was conditioned on gaining approvals needed to build a new automotive dealership. Garavel Automotive was represented by Dan DiBuono of Tower Realty Corp. in the negotiations.

•••
Conway Capital has closed on the $7.9 million purchase of two Brooklyn mixed-use buildings in Park Slope located across the street from each other. The purchase was an all cash buy between Conway and his partner, The Mactaggart Family. Conway Capital plans to renovate and lease up both buildings.
• 155 Fifth Avenue sold for $4.225 million. The 7,200 s/f four-story property was built in 1920 and features eight free market residential apartments and a ground floor restaurant and jazz bar “Made in NY.” BRG broker Adam Lobel represented the seller, 155 Fifth Avenue Realty LLC.
• 138 St. Marks Place, at the Corner of Fifth Avenue, sold for $3.7 million. Built in 1931, the 4,900 s/f four-story property features 10 residential apartments and one pizza restaurant. Meridian brokers Eddie Setton and Adam Hess represented the seller, Six K Associates LLC.

•••
Redwood Realty Advisors announced the sale of a multi-property portfolio in Newark, N.J. for $3,200,000. The three properties – 310 14th Ave., 297 Osborne Terrace and 634 15th Ave. are all located within a few minutes of each other. Combined, the properties consist of 36 residential units and commercial space that is currently fully occupied. Israel Goldstein, investment associate at Redwood, and Thomas McConnell, managing partner, handled the deal. Blue Foundry Bank provided financing.

•••
Marshall Real Estate announced the sale of a retail condominium located at 150 Myrtle Avenue, Brooklyn. The 11,077 s/f unit is fully occupied by Fresh Market Grocery until 2025 with a 5-Year option to extend. The space has an all-glass façade, 18 ft. ceilings and over 350 ft. of wrap-around frontage. It closed at full $7,850,000 asking price at a Cap Rate of 6.25%. Matt Marshall represented both the seller, Benjamin Partners, and the purchaser, a private investor.

•••
TerraCRG announced the sale of a three-unit, gut renovated property at 1041 Jefferson Avenue in Bushwick. Matt Cosentino represented the seller, Chaim Halberstam, in the off-market transaction. The three-story, 3,000 s/f property sold for $1,895,000, which reflects a 5.5% capitalization rate at $631 psf. The building consists of two four-bedroom units and one three-bedroom duplex.

•••
GFI Realty Services announced the $3.8 million sale of 171-173 East 205th Street, a 7,690 s/f development site in the Bedford Park section of the Bronx. Zachary Fuchs represented the seller, Zef Dedaj, and the buyer, SKF Development. Permits have been filed to construct a 64-unit eight-story residential building totaling 44,019 s/f. This is the first trade of this asset in 30 years. The site has proximity to Fordham University, the New York Botanical Gardens, Montefiore Hospital, and the B-D subway lines.

•••
Goldcap Real Estate Advisors announced the sale of 1526 Lincoln Place in Crown Heights, Brooklyn. The property is a stalled construction project with a stop work order due to an illegal vertical extension. The site consists of 5,904 BSF on an irregular shaped lot. The sale price was $600,000 or $101. PBSF. The sellers, Lincoln LLC sold the property to SBF 785 LLC. The buyers plan to demolish the building and build eight condos. Heshie Goldfein, president of Goldcap, represented both sides of the transaction.

•••
HK Group announced the following sales:
• 181 Marsh Hill Road Orange, CT, sold for $16,050,000. Matthew Keefe and Franco Fellah brokered the sale of the 162,036 s/f warehouse/distribution building. The property sits on a 15.1 acre parcel zoned LI-2. Built in 1992, it has 28 ft. clear ceiling heights and is fully leased to two tenants; Bunzl, a British company that deals with paper goods, and Restaurant Depot, a supplier of foods and other needs to the restaurant industry. The seller was Westchester County based. The buyer was an institutional investor.

•••
Hunt Corporate Services announced that Mr. Bar-B-Q Products, LLC (Melville) has purchased the 33,540 s/f building at 10 Commerce Drive, Hauppauge, NY. David G. Hunt represented the seller, 10 Commerce LLC. Sara Abikzer of Signature Premier Properties represented the buyer. The building is situated on a 2.45-acre plot at the corner of Commerce Drive and Moreland Avenue. Built in the 1980s, it was renovated in 2004 and includes 7,893 s/f of office space, a fully air-conditioned laboratory area of 14,647 s/f and a warehouse of 11,000 s/f. Mr. Bar-B-Q, which produces charcoal, gas and electric grill products, will be renovating the interior to accommodate it own needs. It will relocate to the property from Melville.

The Tri-State Investment Sales Group for Avison Young has been engaged to sell the Class A self-storage facility at 262 Mott Street in the Nolita neighborhood. The asking price is $16,950,000. James Nelson, Brent Glodowski, Mitchell Levine and Bradley Rothschild are marketing the property on behalf of ownership.  Managed by Public Storage, the facility offers 344 individual climate-controlled storage units in a variety of sizes across 14,061 rentable square feet. The units span the ground and three basement floors and feature keypad entry, along with 24-hour, seven days a week, surveillance. The property is located between Broadway-Lafayette Street Station and the 2nd Avenue Station, and within walking distance of Washington Square Park, NoHo and other neighborhoods in Lower Manhattan.

•••
Cushman & Wakefield has been retained to sell a 9,210 s/f gas station and convenience store located at 2100 Williamsbridge Road in the Bronx. The asset is currently operated as a Shell gas station. Jonathan Squires, Michael Fioravanti and Josh Neustadter will be leading marketing efforts. The 125 ft by 120 ft. property has operated as a Shell fueling station for more than 70 years and has a lease in place for an additional three years.

•••
B6 Real Estate Advisors announced that Brian Whelan and his team have been retained to arrange the sale of 552 West 161st Street, between Broadway and Amsterdam Avenue in Washington Heights. The fully occupied property consists of seven residential units. Current ownership has gut renovated the free-market units and made significant capital improvements throughout. Asking price is $1,890,000.

•••
Adelaide Polsinelli, vice chairman at Compass, has been hired to market a ground floor retail property at the base of 15 East 16th Street, steps from Union Square, in the heart of the Flatiron District. Located midblock on 16th Street, the opportunity consists of 4,000 s/f of ground floor retail duplexed with a 4,000 s/flower level. The retail unit is currently occupied by a gallery and can be delivered vacant for a user. It has 30 ft. of frontage, 20 ft. ceilings and a floor-to-ceiling glass storefront.