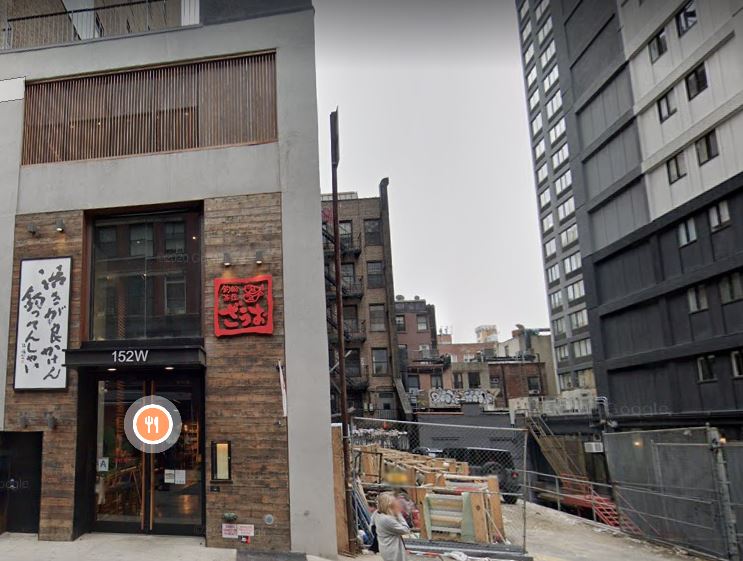 The McSam Hotel Group has sold a 7,000 s/f, three-story building at 152 West 24th Street between Sixth and Seventh Avenues (pictured top) for $7.68 million. Joe Genovese of Lee Odell Real Estate represented the seller. Savills represented the buyer, Bideawee animal welfare and pet adoption organization. The nonprofit will re-locate from its Midtown East location and, following a comprehensive renovation of the building, the property will serve as a state-of-the-art pet adoption center. Bideawee projects a move in date of fall 2021. The current Manhattan location, at 410 East 38 Street, is expected to be listed for sale in Spring 2021. In the adjacent open-air lot that Bideawee also purchased, the organization will launch an Animal Enrichment and Training Center, which will be home to a dog play and exercise area for resident dogs. The project’s architect of record is TMA, Ted Moudis & Associates, and planning and design are being imagined and implemented by RFA, Rauhaus, Friedenfeld & Associates. JLS Cost Management Systems is the site project supervisor.

•  Lackawanna Business Park, a three-building, 140,548 s/f industrial park located at 86 Lackawanna Avenue in Woodland Park, NJ. The final sale price was $10,200,000, equating to more than $72 psf. Andrew Schwartz, David Bernhaut, Gary Gabriel, Kyle Schmidt, Frank DiTommaso and Jordan Sobel represented the seller, Lackawanna Associates, LLC, and procured the buyer, Lackawanna Woodland, LLC. The property has been owned by the same family partnership for more than 30 years and has an average occupancy of 95.3 percent. The three-building industrial park has a diversified roster ofr 40 tenants and 173 parking spaces. It is situated less than one mile from Interstate 80 and Route 46.

• 347 East 4th Street is a three-story community facility consisting of offices in the cellar and ground floor and four units on the upper two levels. The 3,212 s/f property was delivered vacant and will be converted to a multifamily building. The asset was sold by Community Access, a not-for-profit organization, for $2,385,000, equating to $742 psf. Michael DeCheser and Bryan Hurley represented the sellers.

• 340 East 9th Street is a 7,300 s/f multifamily walk-up consisting of 10 two-bedroom/two-bath units. Renovated in 2005, new ownership plans to renovate units as they become vacant. The property was sold by Shimon Avadi for $5,975,000, equating to $818 psf. Michael DeCheser and Bryan Hurley represented the sellers.

CBRE completed the sale of a 10-acre land parcel located on Lincoln Highway in Kearny, NJ. Formerly the Talbot Hall Rehabilitation Center, the site was acquired by Link Industrial. The new ownership is seeking to construct a 160,000 s/f distribution center, which will be ready for occupancy at the end of 2022. Bill Waxman and Kevin Dudley, in conjunction with Dudley Ryan, marketed represented the seller.

NAI DiLeo-Bram & Co. announced that David Simon arranged the sale of Evergreen Village Apartments located in Alpha, Warren County, NJ. The seller was represented by Jerry Zaro and Jeffrey Meltzer of the law firm of Sills Cummis & Gross P.C. The multi-family property has been owned and managed by the seller for several decades. Evergreen Village is comprised of 98, one- two- and three-bedroom units located in seven two-story buildings in Warren County, NJ.

Alpha Realty announced that Lev Mavashev along with his associates Shai Egison, Yehuda Leser and Ben Normatov, has been retained to sell the following properties:

• 167 East 102nd Street in East Harlem neighborhood. The asking price for the five-story walk-up is $4.25 million, just under a 5% Cap Rate and $346 psf. Built in 1910, the property has been recently gut renovated. Half the units are free-market.

• 627 Blake Ave in the East New York neighborhood of Brooklyn, a three-story mixed-use building listed at $1.15 million,  a 6.1% Cap Rate and $328 psf.  Built in 1935, the apartments have been updated and the retail space was gut-renovated. The asset is 100% free-market and fully occupied.

• 40-13 & 40-15 104th St in the Corona neighborhood of Queens. This two-building package is available together at $5 million. Built in 1933, the contiguous buildings are both free-market. The properties span 8,000 s/f and are tax class 2B properties. This asset is 100% free-market, fully occupied. Seller is a long-time local owner looking to retire.

•  555-557 Third Avenue, a corner 60,000-buildable-square-foot development site in Murray Hill. The site is comprised of two 2,500 s/f adjoining lots and has 150 feet of wraparound frontage at the corner of Third Avenue and East 37th Street. Both lots are zoned C1-9, which has an R10A residential equivalent, allowing a maximum residential FAR of 10.00x and the potential to develop up to 50,000 s/f as of right.  Brandon Polakoff, James Nelson, Mitchell Levine and Alexandra Marolda are marketing the property on behalf of ownership.

•  2470 Bedford Avenue, a development site in the Flatbush neighborhood of Brooklyn. The asking price is $4,500,000. Located on a 100 by 100 ft. R6A zoned lot and subject to a FAR of 3.0, the one-story property offers a total of 30,000 buildable square feet as-of-right. Fritz Richter and Christopher Johnson are marketing the property on behalf of ownership.

New York City getting back to work