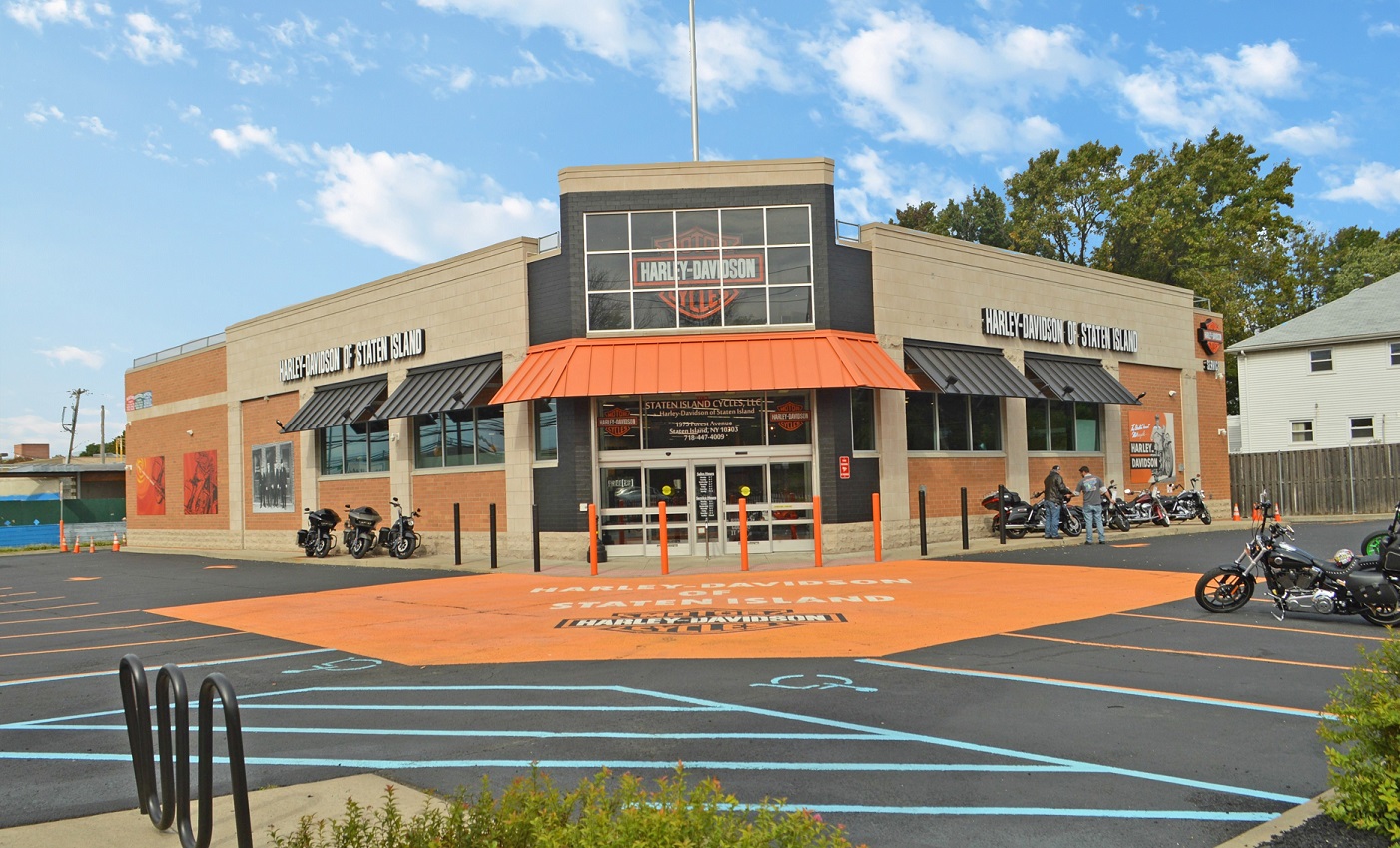 Highcap Group announced that Rodney Nassimian arranged the sale of the development site located at 28-12 41st Ave in the Queens Plaza North Sub-district of Long Island City in Queens, NY. The property situated one block from the Queensboro Bridge sits on a 50 by 100 s/f lot zoned M1-5/R7-3, which allows for 25,000 buildable square feet. It was family-owned for over 40 years and the first sale since the 1980s. Nassimian was able to negotiate the sale with a buyer who is active in the Long Island City market and successfully reached the seller’s target price within a week. The sale price was $6,175,000, equating to $247 per buildable square foot.

Ariel Property Advisors arranged the $3.35 million sale of 109 East 9th Street, a five-story mixed-use building in the East Village. Situated on the north side of East 9th Street between Third and Fourth Avenues, the 6,260 s/f property comprises 13 residential units and one retail unit, delivered vacant, which spans the entire ground floor and basement, as well as most of the second floor. The sale was arranged by a team including Victor Sozio, Michael Tortorici, Howard Raber, Matthew Gillis and Jack Moran. Owned by a family for approximately 70 years who ran the retail space as a coffee roaster and distributor, the property was eventually rented a popular bar. The space, equipped with two full bars, a fully operational kitchen and five bathrooms, is in turnkey condition. The property’s 13 residential units occupy space on the second, third and fourth floors; four of these units will be delivered vacant. The property has C6-2A zoning and up to 15,083 buildable square feet, as-of-right. According to public records, the buyers were Michael and Yuri Geylik of MGNY Consulting.

•••
TerraCRG announced the sale of a four-unit mixed-use property at 329 Nostrand Avenue in Bedford-Stuyvesant. Matthew Cosentino represented the seller, MBH 329 Nostrand LLC. The property contains three residential units and a ground floor commercial unit. The buyer, Ahmed Kaid, purchased the building for $2,150,000, which reflects a 5.3% capitalization rate at $515/SF.

•••
Schuckman Realty announced the sale of a single tenant 7-Eleven asset at 65 Atlantic Avenue, Oceanside, NY. 7-Eleven has been operating at this location since 2006. The 3,000 s/f free-standing building sits on a 16,901 s/f lot at the crossroads of Long Beach Road and Lincoln Avenue. Matt Colantonio and Edward Gottlieb represented the seller, a long-term owner who originally signed the 7-Eleven lease, and procured a local buyer. The sale closed at $1,510,000.

•••
Marcus & Millichap announced the following sales:
• Five Guys & America’s Best, a 5,256 s/f net-leased property located in Liverpool, NY, sold for $2,180,000. The buyer, a private investor, was secured and represented by Daniel Reyhan and Matthew R. Peters. The transaction was part of a 1031 exchange, in which the duo helped the buyer sell his rent-stabilized eight-unit apartment building in Brooklyn at a sub 4 percent cap rate and exchange into a new construction, triple-net property, operating above a 6.5 percent return. Five Guys & America’s Best is located at 3810 NY-31 in Liverpool, NY.
• 466 Myrtle Avenue, Brooklyn, a 2,600 s/f mixed-use property, sold for $2,460,000. Shaun Riney and Andrew Bronsteen represented the seller. The buyer utilized 1031 exchange to leverage up and buy his first property in Clinton Hill. The property is comprised of three total units; one retail space and two two-bedroom apartments. The building sits on a 1,490 s/f lot in the Clinton Hill neighborhood.
• 415 Bergen Street, a four-unit apartment property in Park Slope, sold for $3,000,000. Jakub Nowak and Jesse Kay represented both seller and buyer. 415 Bergen Street is a vacant four-family brownstone that sold off market for $750 per square foot. The building totals 4,900 s/f and is steps from the Atlantic Avenue / Barclays Center trains. The property is zoned R6A which allows for significant redevelopment opportunities.
• 147 Metropolitan Avenue, Brooklyn, a 3,250 s/f mixed-use property, sold for $3,900,000. Saiid Boukhalfa represented the seller, Metro Kosher Frozen Desserts, Inc. The buyer, an individual/personal trust, was secured and represented by Boukhalfa and Jesse Limon. The property achieved $1,200 psf and over $50,000 above list price. The property was built in 1950 and comprises one retail unit and one loft apartment.
•••

The Boulder Group completed the sale of a ground leased Harley-Davidson property located at 1973 Forest Avenue in Staten Island, New York for $5,550,000. The 8,299 s/f property is positioned on the northwest corner of Forest Avenue and Van Name Avenue. The Harley-Davidson ground lease has approximately 18 years remaining. There are five five-year renewal options with 10 percent rental escalations in each option. Harley-Davidson is an American motorcycle manufacturer, founded in Milwaukee, Wisconsin in 1903. It is one of two major American motorcycle manufacturers to survive the Great Depression. Randy Blankstein and Jimmy Goodman of The Boulder Group represented both parties in the transaction. The buyer was a New York-based developer and the seller was a New York based real estate investor.

•••
Angel Commercial announced that Thomas Luthy, a franchise owner of Mosquito Squad, has purchased 240 Depot Road in Milford, CT, a 19,714 s/f industrial condominium, for $1,325,000. The property was purchased from Irving Associates LLC in an off-market transaction. Jon Angel was the sole broker in the transaction. With approximately 250 franchise locations in the US and operations in Kenya and Indonesia, Mosquito Squad specializes in eliminating mosquitoes and ticks from outdoor living spaces. 240 Depot Road is located less than one mile from I-95. It has one loading dock and two drive-in doors.
•••

•••
Redwood Realty Advisors announced that Steve Matovski arranged the sale of two properties in Jersey City, N.J. for a combined price of $3,950,000:
• The two-building, 17-unit multi-family package in McGinley Square Neighborhood is a short walk to both the JSQ PATH and St. Peter’s University. Each has received significant capital expenditures over the last several years. The sale price was a neighborhood record of $232,000 per unit.

•••
SP Capital Group (SPCG) announced the closing of 2238 Valentine Avenue in the Fordham section of the Bronx for $2,200,000. The 16-unit multifamily property is located between E182nd and E183rd Street. Jess Pham, Roni Soleimani and Josh Pomerantz facilitated both sides of the transactions. The transactions achieved a 6.75% Cap Rate and $137,000 per Unit. The seller was Bogdan Wiszniewski and the buyer was the Dushi Family. The buyer bought the property as a 1031 purchase and closed within 45 days. The buyer is planning to hold the property for the long term.
•••

NAI James E. Hanson announced the following sales:
• The sale and partial leaseback of an 11-building, 332,400 s/f industrial campus on 45.75 acres located at 4636 Somerton Road in Trevose, Pa. Andrew Somple and Justin Allessio represented the seller, SUEZ Water Technologies and Solutions (WTS) USA. J.G. Petrucci Company was the buyer. As part of the agreement, SUEZ USA has leased back 93,s/f to retain its headquarters at the property. Additionally, RLS USA, Inc., a former GE subsidiary, will lease 20,000 s/f for research and development. A mixed-use campus comprised of office, specialized laboratory, and warehouse space, 4636 Somerton Road boasts a strategic regional location in Bucks County, 15 miles from Philadelphia and 80 miles from New York City.
• A 114,500 s/f industrial building at 230 West Crescent Avenue in Allendale, NJ. Michael Walters represented the buyer, The Hampshire Companies, in the transaction with the Borough of Allendale. Walters will partner with Richard Van Houten of The Van Houten Group to lease the property. Centrally located between the Garden State Parkway and Interstate 287, 230 W. Crescent Avenue features 102,000 s/f of warehouse space and 12,500 s/f of office space blocks from downtown Allendale. In addition, the building boasts 18 to 22 ft. ceiling heights, 19 tailgates and three drive-ins. The Borough of Allendale saw an opportunity to sell 230 W. Crescent Avenue to a leading institutional real estate investor and redeploy the capital earned from the sale to fund municipal improvements. The Hampshire Companies will undertake a capital improvement plan for the currently vacant property that will include the replacement of its roof.